When we first wrote about Ethan, the emaciated dog had been dumped and left to die in a shelter parking lot. When rescuers found him, the starving dog was 40 pounds underweight and so weak he couldn’t even lift his head.

“He is the thinnest dog we have ever seen that was still breathing,” the Kentucky Humane Society wrote at the time. “The outline of every bone can be seen from his dehydrated skin, and his muscle loss is extreme, as his body tried to find any fuel to survive.” 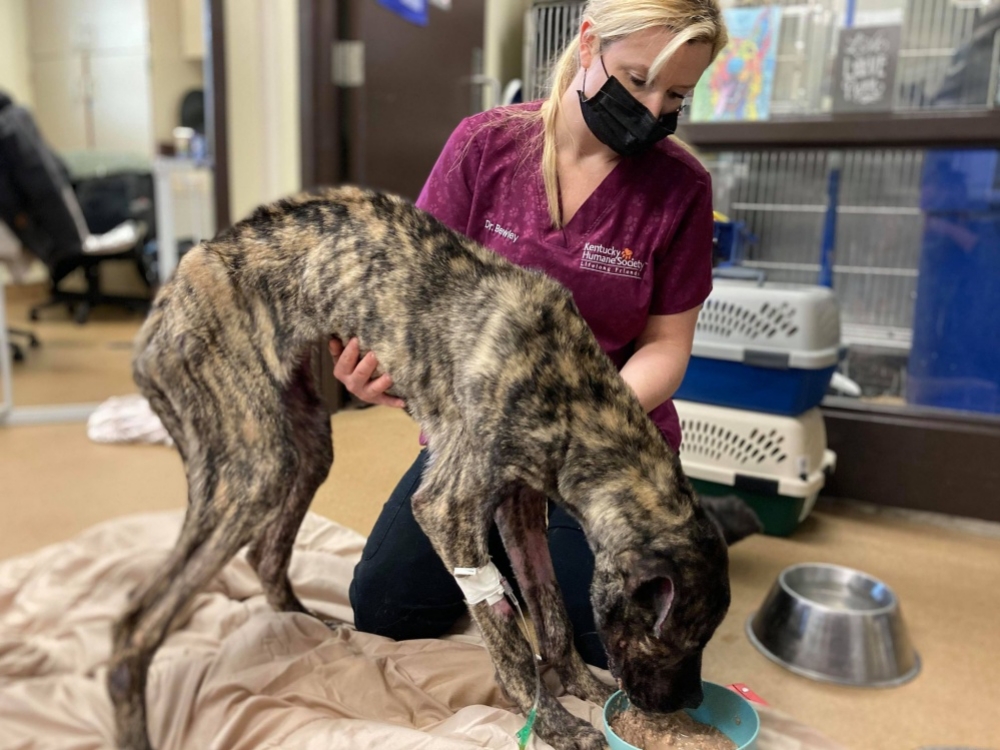 The starving dog was rushed to the animal hospital, where he remained in critical care while doctors gave him IV fluids, washed urine and feces from his skin –- and hoped and prayed he’d make it through the night. In those early days at the hospital, doctors believed the dog — whom rescuers decided to call Ethan — had a 50/50 chance of survival.

Thankfully, the dog’s condition gradually began to stabilize. The malnourished pup — whose breed remains unknown — started eating again and, as he regained his muscle, gradually relearned to walk. When Ethan was finally healthy enough to leave the hospital, he moved into foster care with a KHS staff member. 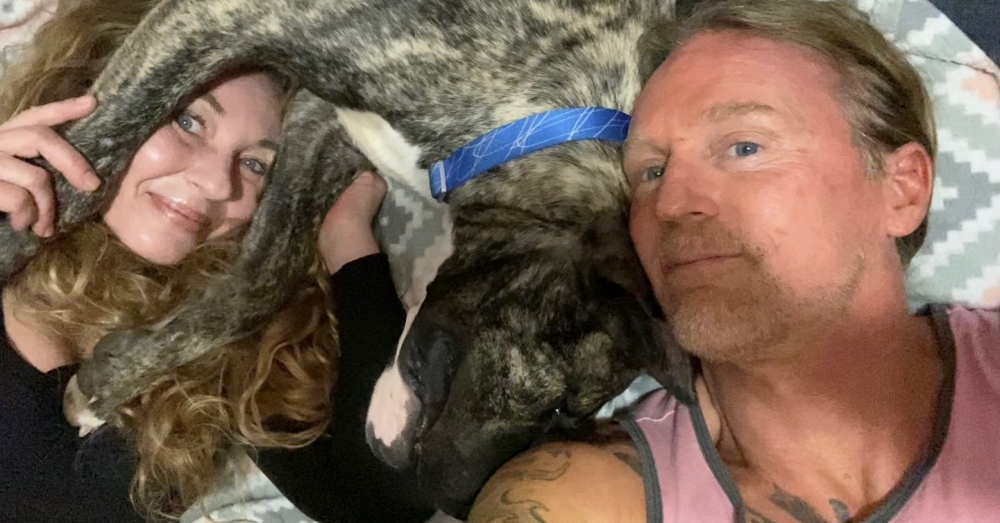 Now Ethan’s story has taken another heartwarming turn. Roughly a month after he was dumped in their parking lot and left to die, Kentucky Humane Society announced that Ethan has been adopted.

“Hundreds of you have asked and we are happy to announce that Jeff and his family will be adopting Ethan next Thursday, March 11,” rescuers wrote on Facebook, referring to the staff member who fostered the dog when he got out of the hospital. But it wasn’t long before Jeff and his family realized Ethan belonged in their home for good. 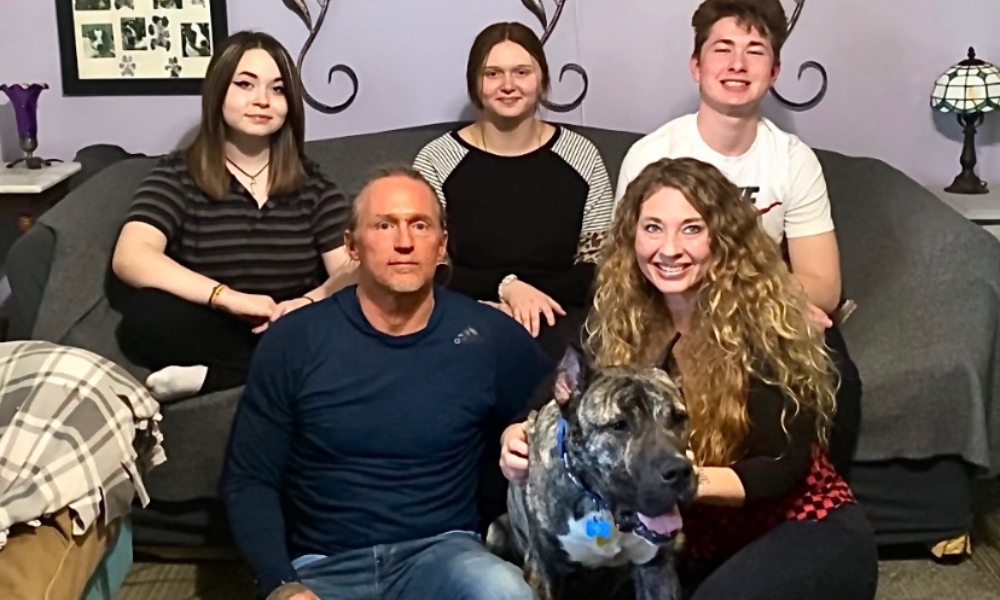 Rescuers will be live-streaming the adoption ceremony on Facebook for the many people who’ve cheered, prayed, and sent positive thought to Ethan throughout his rescue journey. “We will continue to provide updates until the big day and want to thank you all so much for following Ethan on his road to recovery,” rescuers wrote.

Follow the Kentucky Humane Society on Facebook if you’d like to witness this heartwarming conclusion to Ethan’s rescue story. Congratulations, Ethan! We’re so glad you’ve finally found the perfect family.

ETHAN UPDATE: Hundreds of you have asked and we are happy to announce that Jeff and his family will be adopting Ethan on…