Somebody Tied Up A Cat, Zipped Her Inside This Backpack, And Then Dumped Her In A Pond

Sharon, Connecticut, is a quiet town known for its peaceful riverside setting. Now residents are grappling with the uncomfortable realization that a cruel animal abuser also calls this idyllic area home.

When rescuers first fished a red backpack out of the pond near the local boat launch, they may not have been expecting to find much inside. But upon opening the bag, they found a frightened female black cat. Moreover, the poor girl had been tied up with a thick bungee cord, eliminating the possibly that she may have accidentally crawled inside. 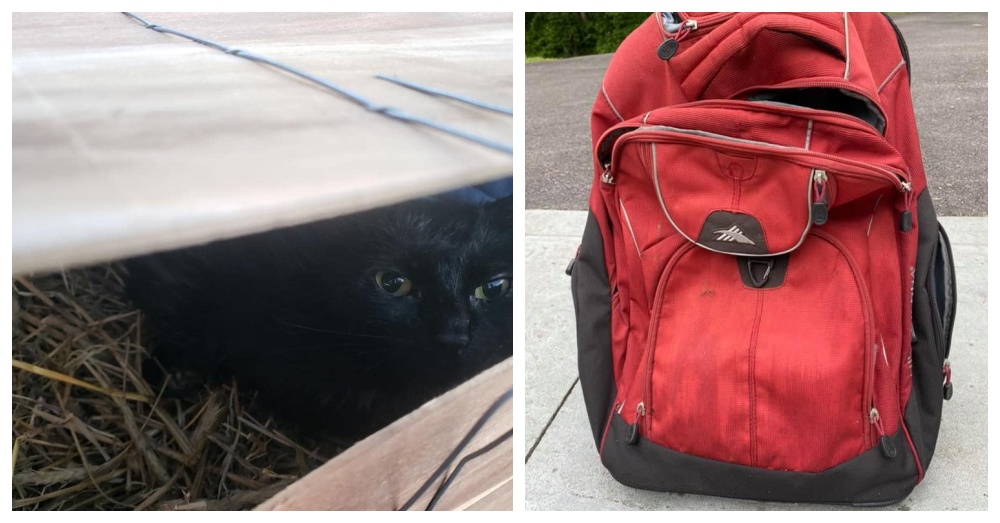 Amazingly, the young cat managed to survive this attempted drowning thanks to the heroic actions of rescuers, who quickly fished the backpack out of the water and pulled the animal to safety. Now residents are racing to unmask the sick person who could inflict such terror upon an innocent animal.

“Someone out there needs serious help to have performed this act of animal cruelty,” a local woman, Valentine JRich, wrote on a community Facebook page, begging anyone with information to come forward.

“There is no helpful evidence, although the police have been contacted,” she wrote. “You are the only ones who can help me. Please let Sharon Animal Control know if you recognize the cat or the backpack (it has a handle and wheels).” 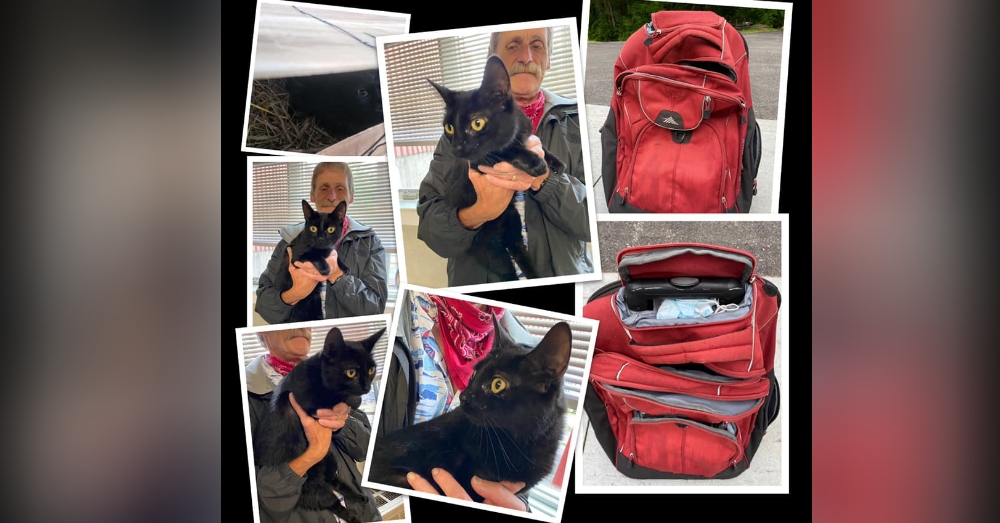 Desmond’s Army Animal Law Advocates are also offering $1,000 for any information leading to the arrest and conviction of the person(s) responsible for this horrific crime. According to Sharon Animal control, another animal advocacy group, Guardians of Rescue, has pledged to add another $5,000 to the existing reward in order to help bring the person or people behind this “disturbing” case to justice.

UPDATE! Guardians of Rescue would like to add $5,000 to the existing reward. They say that this case is disturbing, and…

Animal control officers are currently trying to track down this poor cat’s owners. If they aren’t found, the cat will be adopted by one of her rescuers.

Please contact Sharon Connecticut Animal Control at 860-488-6476 if you have information about this incident. Justice for this sweet girl depends on it!