Not a lot of people are interested in adopting a rabbit in spite of their loving and calm demeanor. Those rabbits that are sold in pet shops are often given up for adoption or become victims of neglect. It is also difficult to find the right family for bunnies that wind up in shelters, especially when their lifestyles differ hugely from that of dogs and cats. Some families eventually dump them if they can’t carry the responsibility anymore. 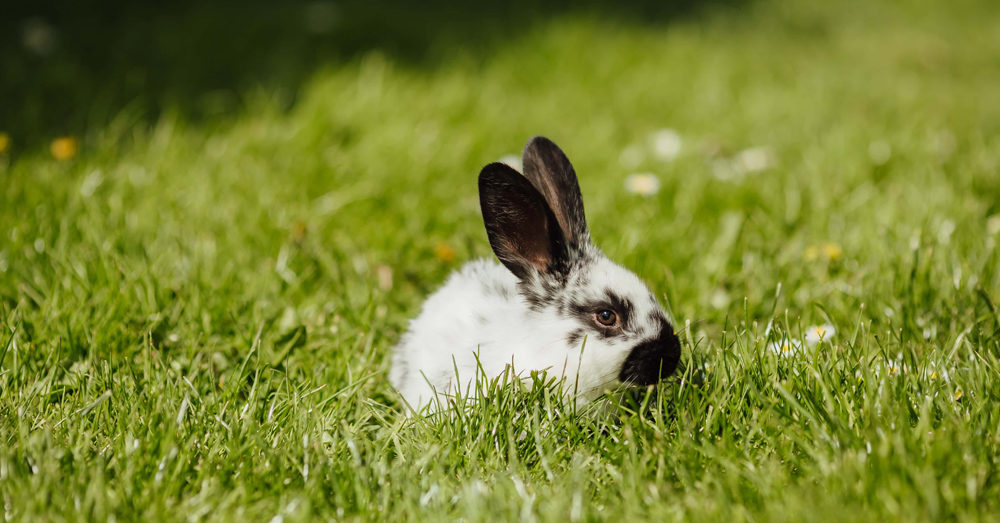 That is why a bunny was dumped and left alone in a hutch. Her previous family did not even leave her with water and food; they just decided to abandon her to die on a cold winter day. Thankfully, she was rescued. All things turned out for the good when a loving couple fostered her.

Shanleigh and Tyler welcomed her home along with their other furry pets. It has been the couple’s mission to rescue bunnies who are in need of a home. Recently, the couple even adopted a chinchilla named Mochi — which is as adorable as a rabbit. The couple currently has six bunnies — Val, Obi, Hershey, Copper, Kahlua, and Rey. 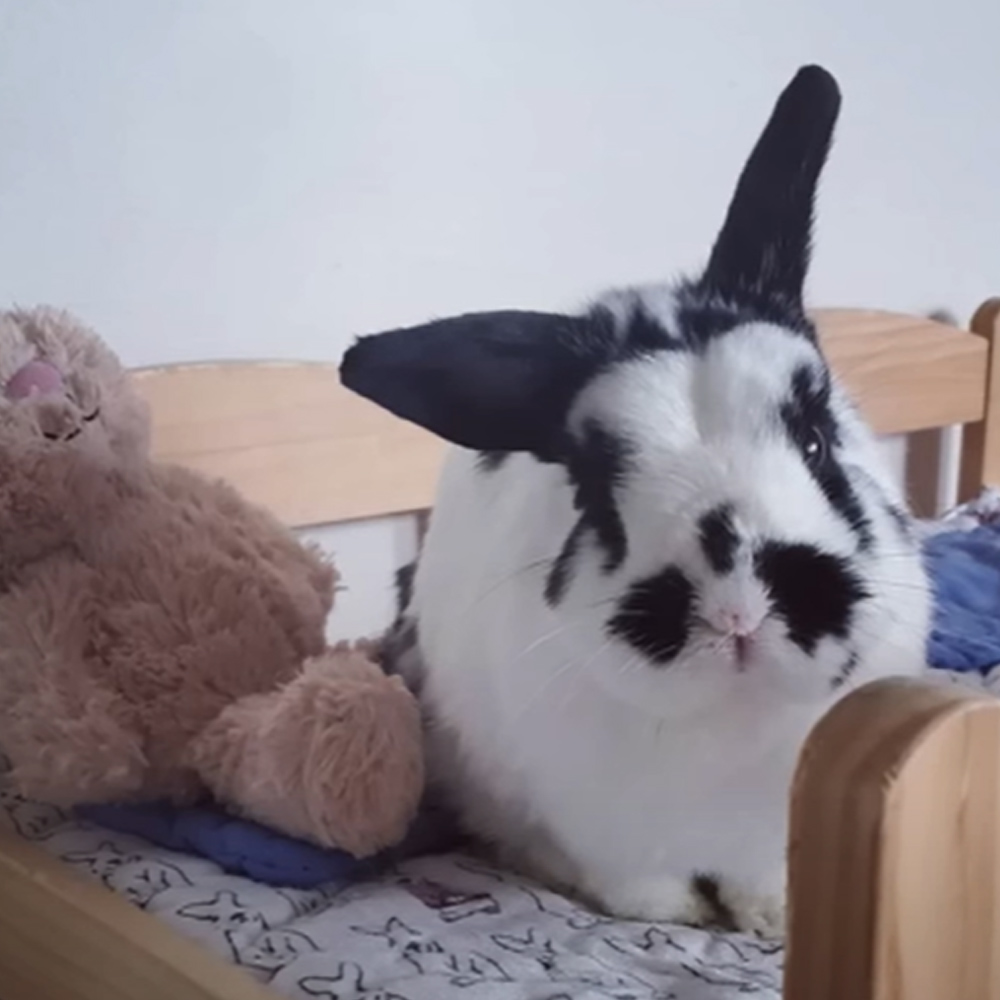 The once-neglected rabbit was named Val. After leaving the hutch, Val couldn’t help but express her happiness by flopping and doing zoomies around the house. The couple kept her inside their bedroom, but she occasionally snuck out to see her friend, Hershey. Val enjoys Hershey’s company, and now the two are bonded mates. It was a surprise for the couple to see the two rabbits immediately build a bond. Usually, rabbits who are strangers to each other would fight, but the two did not show any aggression.

“Hershey’s a very welcoming guy. And I think she was in love with him from first sight,” Shanleigh shared. “She was infatuated with him from day one.”

Apparently, the couple wasn’t planning on adopting Val. However, they saw the bond between Val and Hershey, which made them keep her as part of the family. The two bunnies were obviously made for each other. There’s a balance between their personalities — Hershey was the nice guy, and Val had that sass. 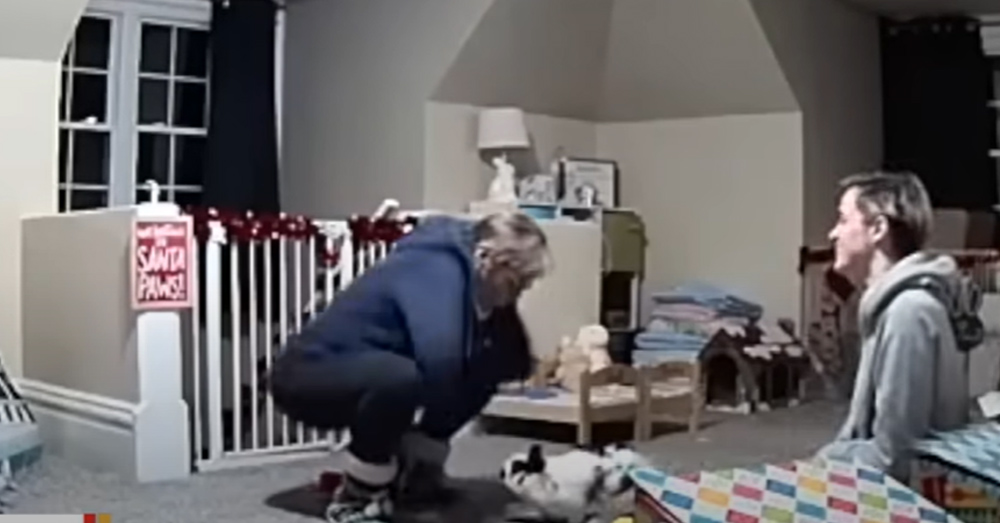 Shanleigh thinks it was because Val was neglected so long that she became hostile. Guests even feared Val because she scared them by running and lunging at them. Tyler, the rabbit dad, even got bitten by Val — she really has an attitude for a cute bunny. It even came to the point where she was very territorial with Hershey. The bunny doesn’t want anyone to cross her space and disturb her. She may be a sassy rabbit, but no one can deny that she loves her parents so much. 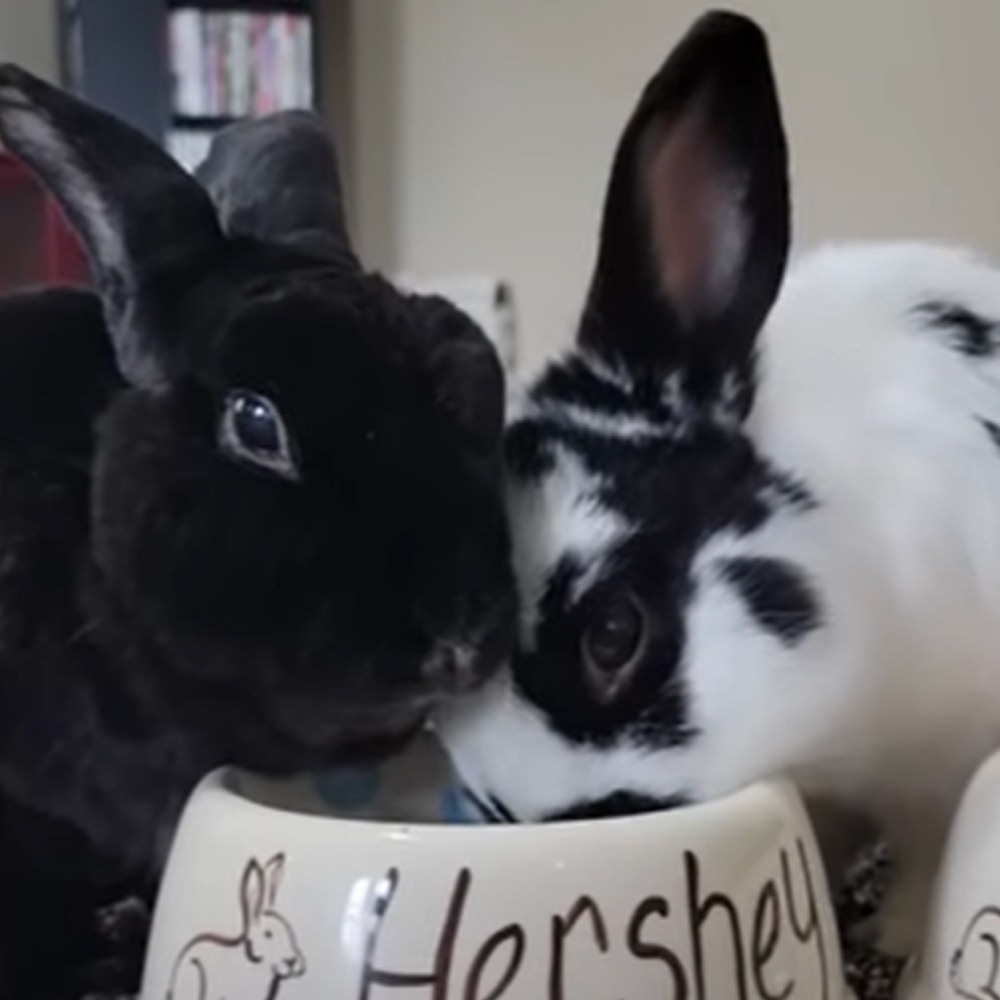 It was also shared in the interview with GeoBeats Animals that Val is a daddy’s girl. Tyler takes care of her, especially on days Val experiences respiratory issues. “A lot of bunnies are prone to upper respiratory issues. So, we do antibiotics and then nebulizer to break up congestion. She’ll be on those lifelong,” Shanleigh explained. “Because she’s a daddy’s girl, she doesn’t give him any trouble, but if he’s out of town and mom has to do it, she has some words for me.”

Val’s life has turned out for the best — being dumped was a blessing in disguise. She now lives with human parents willing to give her the best life. From the Instagram posts on their family account, you’ll see how the couple treats their furry babies. Val’s story proves that cold winter nights must happen first to gain a warm, loving home. You can watch Shanleigh’s full interview in the video below. Get to know more about their wonderful family by following them on Instagram — you might also want to share this with your loved ones.