‘Dudes & Dogs’ Brings Men Together To Discuss Their Feelings Openly, With The Help Of Dogs

A dog is a man’s best friend, and at times his partner in therapy. Rob Osman understands this well. It’s the reason he formed “Dudes & Dogs Walk & Talk.”

Osman has struggled with mental health issues since he was 10 years old, People reports, and through these struggles he has found that expressing his deepest emotions is always a lot easier when he’s around his dog, Mali.

“Dogs are like four-legged antidepressants,” he told Today. “When people are around the dog, they drop their defenses. They play with the dog.

“I’m not saying anything new when I say going into the fresh air makes you feel better,” he continued. “Just the realization of just how beneficial that time with the dog has been.” 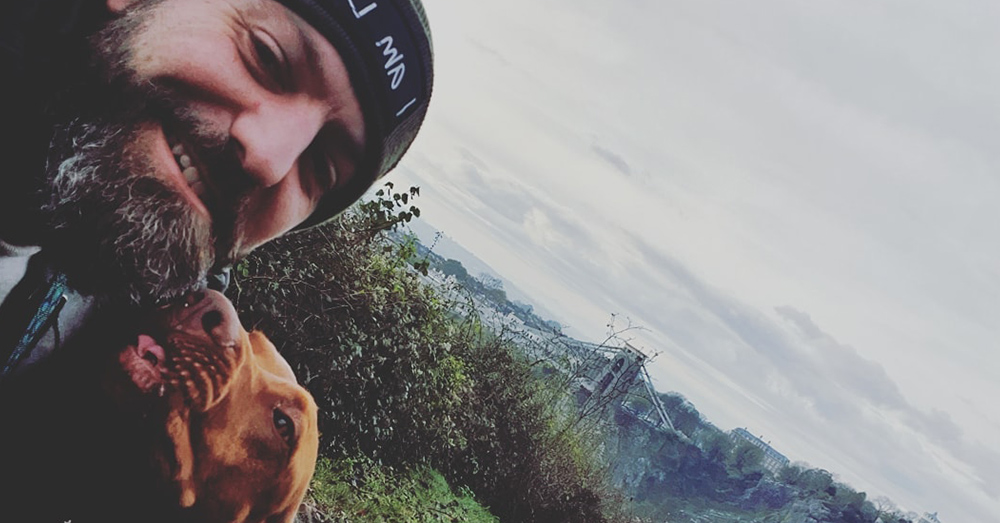 Osman’s Facebook page states that he lives with debilitating social anxiety, a condition he’s not always been adept at coping with.

“When I was younger it manifested in basically throwing my guts up in pretty much any social situation, especially where girls were involved,” he wrote.

When Osman’s father died, he found himself spiraling into a deep depression.

“Not that unusual, but still something that can have a massive effect on my mood,” he wrote. “Whoever we are, whatever we do, we still have our self doubts that can break us.” 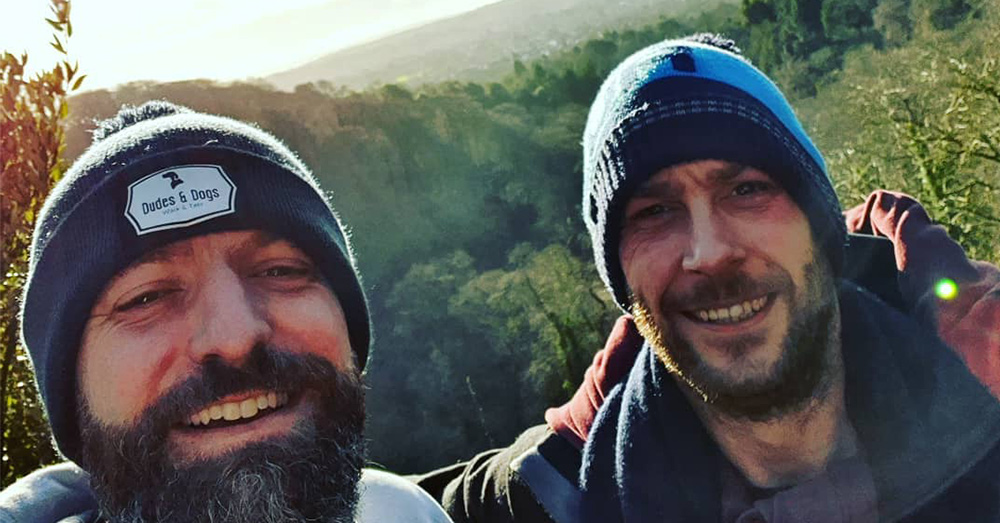 Source: Facebook/Dudes & Dogs
Osman’s group, Dudes & Dogs, gives men the opportunity to share their emotions in the comfort of nature and with the companionship of dogs.

In dealing with depression, Osman tried medication, but nothing eased the stress like Mali. So, he started devoting more time to this connection, and In 2019 followed it onto a new career path. He has since enrolled in psychology classes at a local university.

There, Osman has little trouble finding other dog owners to take walks with. He’s also found that he is not the only one who struggles with mental health.

“What has helped me hugely, is the fresh air and getting out with my dog, the good it does me is for another time,” he wrote. “But when I was reaching out to other members who were in the group, part of my message always said, ‘Come on a dog walk’ and it reaffirmed what I already knew. This was a way I could help people. By giving them what I had. That time out, that time away, no signal, no noise but nature, just time.” 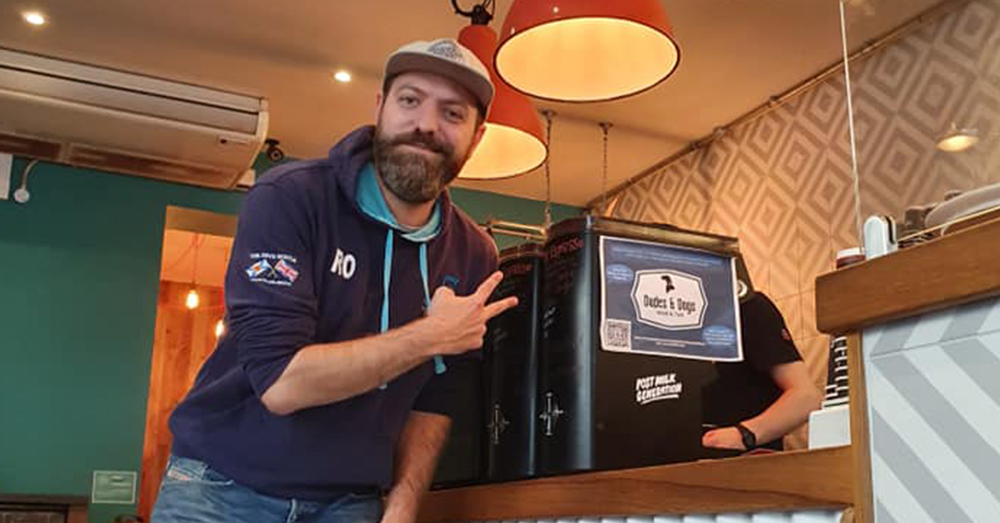 Source: Facebook/Dudes & Dogs
Osman, who lives in Bristol, England, has found he’s not the only man who struggles with mental health issues.

Dudes & Dogs provides a comforting space for that time, and an opportunity for men to share what’s really on their minds, rather than keeping their emotions bottled up.

“They need someone to listen,” Osman told Today. “The idea of using a dog gives people an hour away from the family and gets them out. It gives people the opportunity to realize that it’s not unusual to feel that way. This is giving them a free space and a relaxed place to talk.”

Men in the group are paired with a volunteer and a dog. They walk around and converse, and perhaps unintentionally, work through some deep issues.

“We want men to understand that it’s not just okay to talk, it’s important,” Osman wrote on his group’s website. “Talking helps. It really does. It’s helped me no end, but sometimes as men, we aren’t the best at it.” 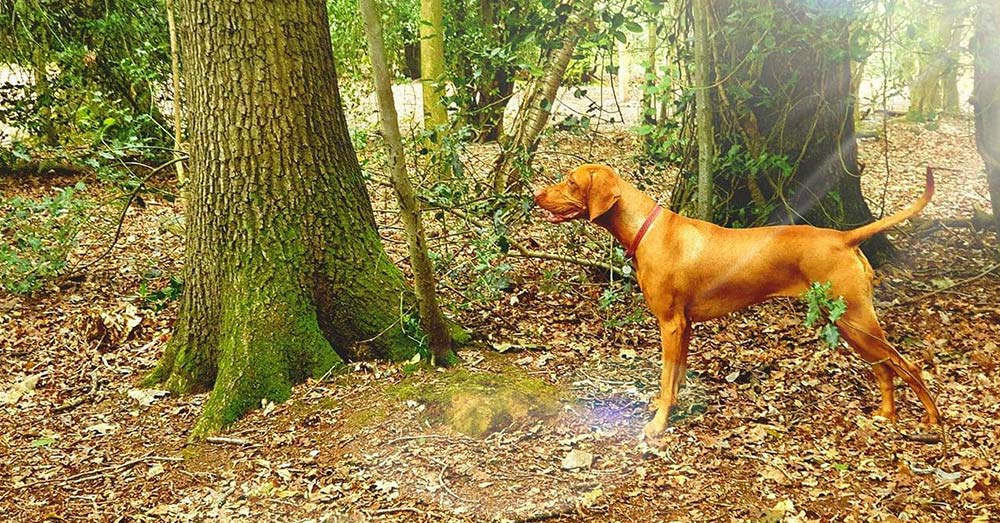 Source: Facebook/Dudes & Dogs
Dudes & Dogs is as beneficial for the dudes as it is for the dogs!

Osman is on to something, but he’s not the first to pair dogs with emotional or even physical recovery. The benefits of canine companionship have been the subject of decades of studies.

“People’s heart rate, their blood pressure, go[es] down, as does stress hormones, such as cortisol, and actually there’s a feel-good hormone called oxytocin that actually goes up,”Dean of the College of Veterinary Medicine at the Ohio State University, Rustin Moore, told Today. “It doesn’t even to be your own pet.”

“Walking a dog is a conversation waiting to happen,”he continued. “People come across the street to pet the dog and then you start having a conversation.”