The hunt for the sicko who slit a dog’s throat and duct-taped her mouth shut has apparently ended.

Dani, the wounded dog that was found “on the side of the road“, had gone viral after a Facebook post from the Butler County Sheriff’s Office. 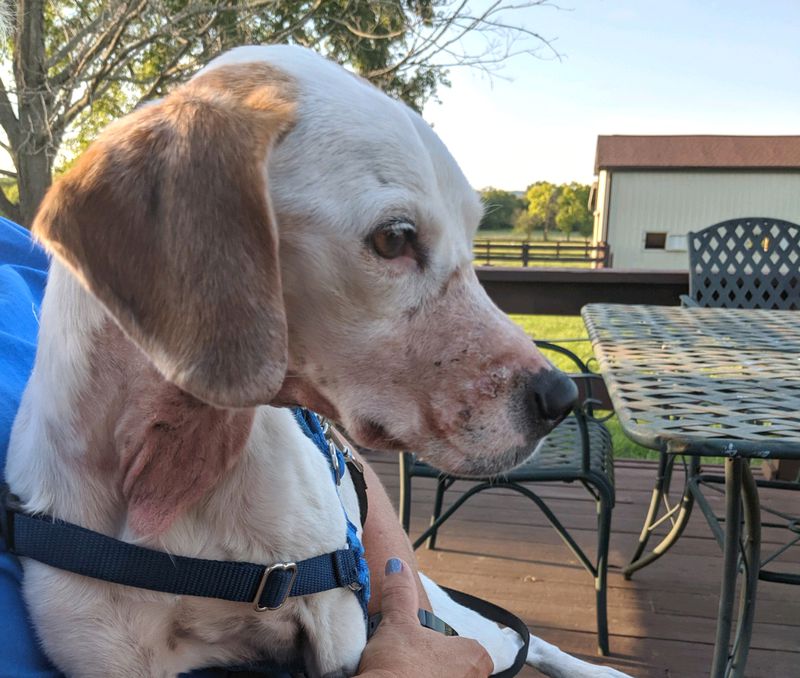 Well, it turns out that the dog’s owner made up the entire story because he could not afford the veterinarian bills.

What really happened is that the dog had cut herself accidentally on a barbed-wire fence and the duct tape was to stop the pooch from chewing up items in his home, and acting aggressively toward other dogs living there, the owner told police.

“Sheriff Richard K. Jones reports the Butler County Sheriff’s Detective Division along with the Butler County Dog Wardens received several leads regarding the Animal Abuse case involving canine Dani. It was determined the subject that initially reported finding Dani and taking her to the Twin Maple Veterinarian Clinic was the actual owner of the canine. Upon interviewing the owner it was relayed to our detectives that the canine had cut its throat on a barbed wire fence and they could not afford the veterinarian bills, so they concocted a story to get the canine help for free. The owner of the canine further advised the detectives that the canine did not have its muzzle taped up. The snout/mouth area that appeared to be injured was due to the owners keeping the canine muzzled for several hours a day due to it chewing up items in their residence and being aggressive towards their other canine. Our Detectives followed up with the Twin Maple Veterinarian Clinic where it was determined that the neck injury to Dani was not intentional and the duct tape was a story made up by the dog owner to get Dani free care.”

“After the investigation was completed it was determined that this incident did not occur in Butler County, but we will make a joint effort to work with the adjacent jurisdiction to ensure this case is dealt with appropriately,” States Sheriff Jones. It was not clear whether charges would be filed at this time.

Many sympathized with the owner’s “desperate” attempt to get care for the dog after it was injured:

“While it is bad that the owners lied, I am relieved that the injury was not inflicted deliberately,” said one commenter. “It is also a sad commentary of how veterinarian care has become an unaffordable luxury over the years. We are on our last elderly cat and have to accept the fact that we can no longer afford to own any more pets.”