Duck In Boots: How A Dentist Used His Tools To Get This Injured Bird Back In The Water

Everybody’s heard of Puss in Boots, but now there’s a duck in footwear making the rounds online.

Down in Sao Paulo, Brazil, a mandarin duck – generally considered the world’s most beautiful duck owing to its elaborate plumage — suffered a serious injury that affected his ability to walk, swim and hunt for food. Rescuers aren’t entirely sure if the culprit was an otter or a large meat-eating fish but, regardless, the bird was found with both legs severed on the nature reserve he called home. 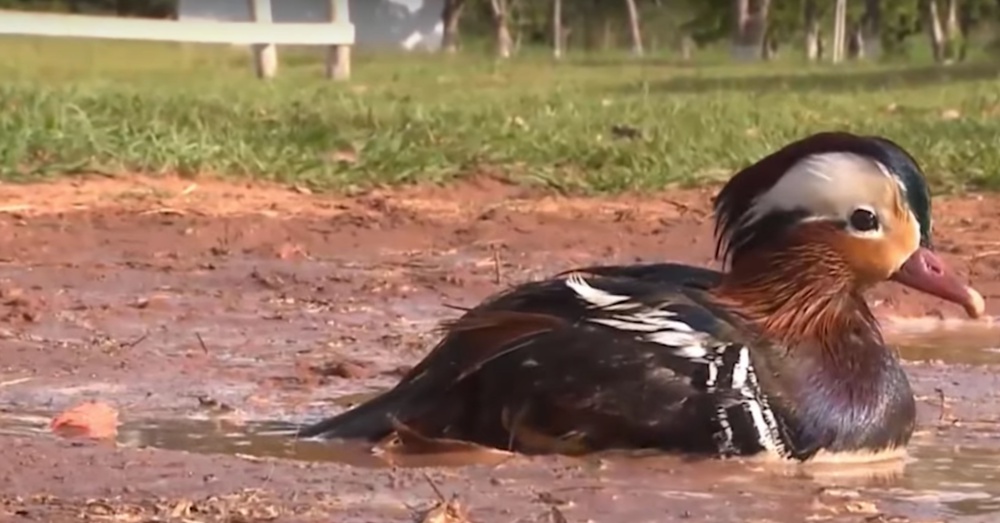 Fortunately, an enterprising vet and a dentist put their heads together to find a creative solution. Using resin molds more common to make dentures, the dentist was able to craft a tiny pair of prosthetic webbed feet using a silicon-based resin. Not too light or too heavy, the ducks’ amphibious prosthetics could be used for walking or swimming – just for good measure, they were also painted bright yellow to lend the already-attractive bird just a little extra flash. 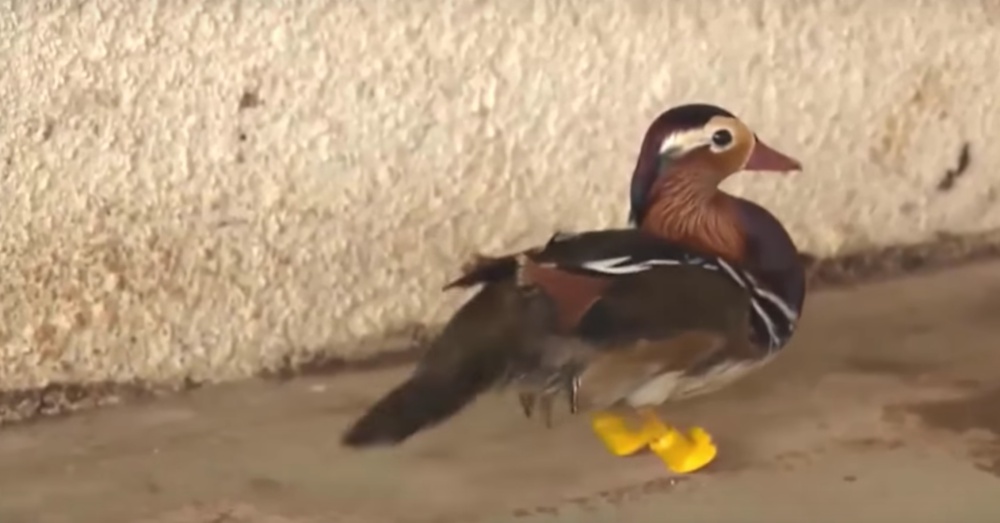 Thankfully, this determined little guy is taking on his new “boots” like a duck to water, or at least bathwater, which is where he’s currently undergoing physiotherapy to relearn to swim. Once that happens, he’ll be released back into fresh water, but in the meantime, as you can see he’s otherwise taking to new feet just fine, based on his strutting of tail feathers in the video below.

Watch this plucky mandarin get back on his “feet” in the video below!

Click ‘next’ to learn how this duck became a dog’s best friend!