Christmas is the time of year for giving and staff at Dogs Trust Ireland’s Rehoming Center in Dublin
made sure that the homeless dogs were not forgotten.

Tons of toys were donated to the shelter and instead of the staff choosing which one they thought each dog would like – they let the dogs pick. 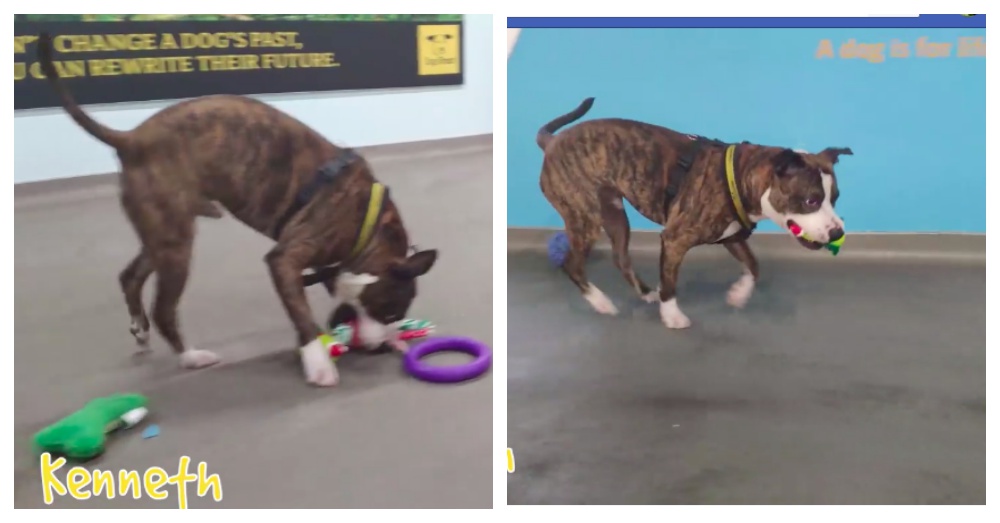 “This year we combined toy donations from our staff and amazing supporters, lined them up and let the dogs in our Rehoming Centre pick their own Christmas present,” wrote the shelter.

The staff arranged all the toys on the floor and then one by one let the dogs enter the room and choose their special gift. While some dogs immediately chose a favorite and ran around the room, others needed to inspect each one to find the perfect fit. 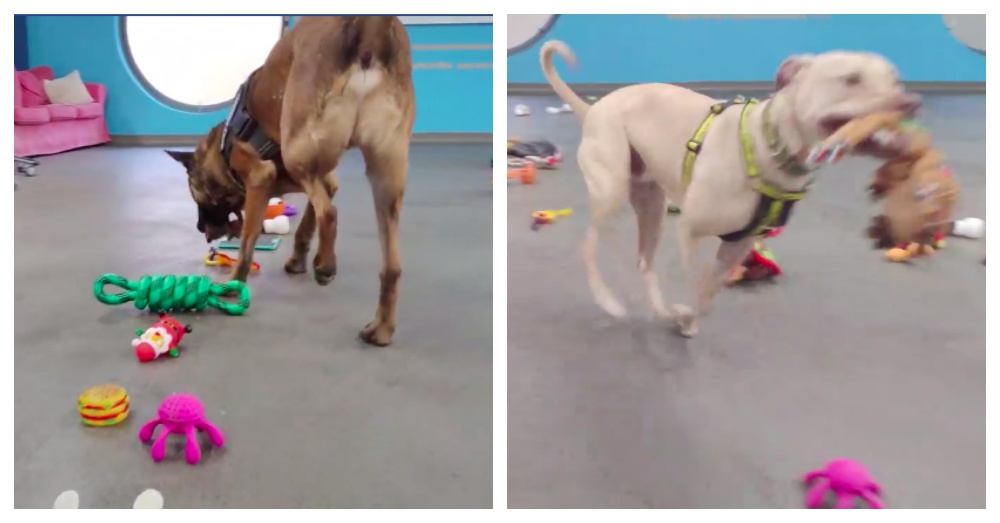 The toys ranged from balls to soft squeaky toys. One joyous pup even tried to fit more than one in its mouth. Another large dog named Max took his time going from one toy to the next and even picked a few before finding his favorite. His method was to try them all. 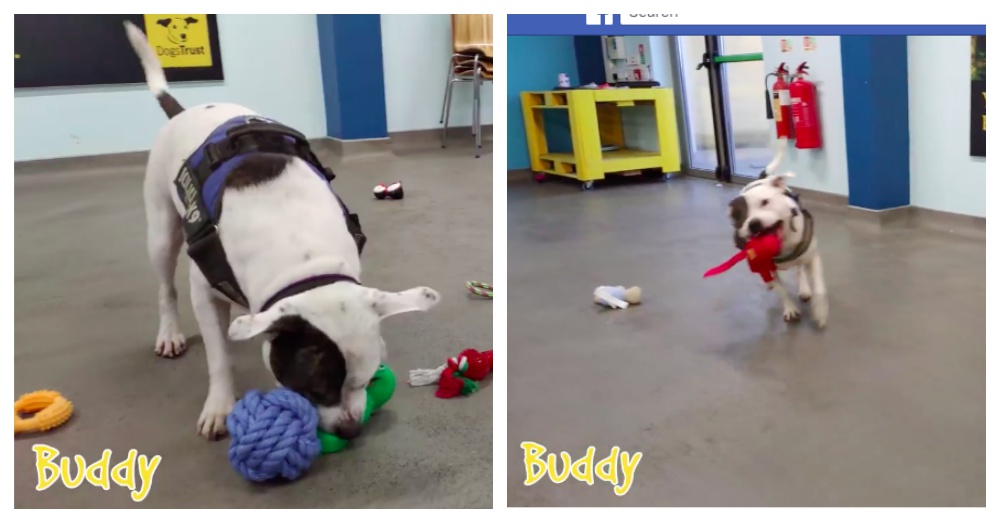 Kenneth immediately found the squeaker in his toy and ran around the room making all kinds of noise. Tiny, an adorable Chihuahua, found a little green bone that was the perfect size for him. Buddy come out running and was also looking for a noisy toy, which he finally found. He carried it in his mouth as he raced around the room. 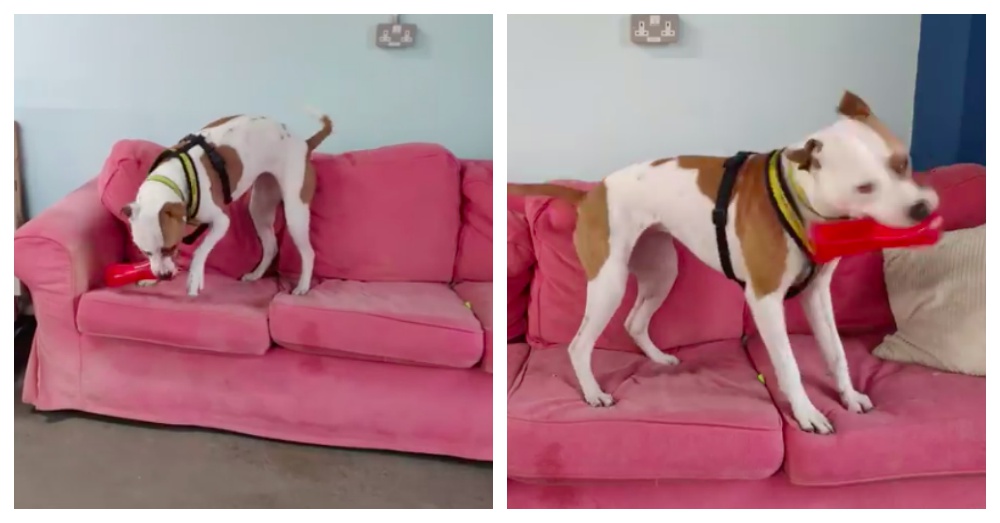 A dog named Esme quickly found her favorite and leaped on the couch while tossing the new toy in the air. Three adorable puppies were distracted by the camera but then realized they were in a room filled with toys and went to work finding the special one. 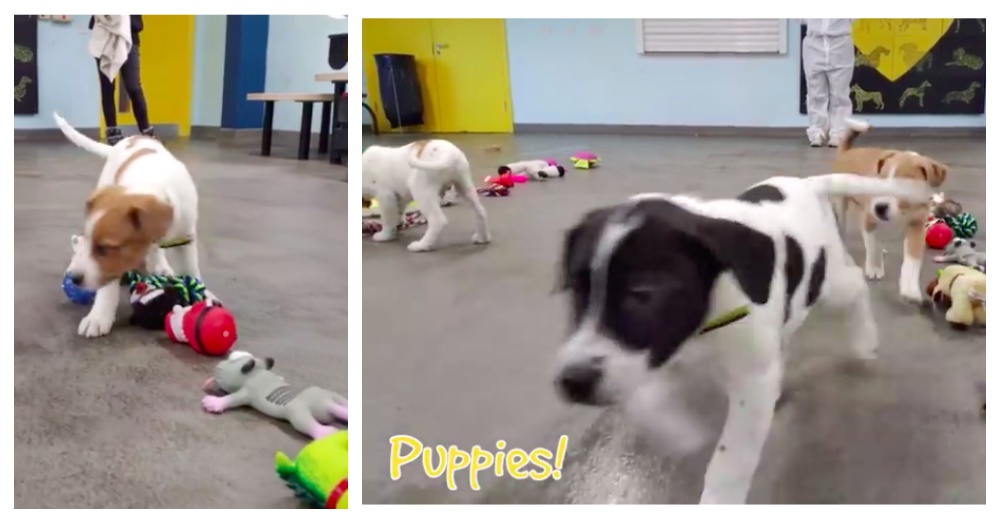 Their excitement was contagious and the staff enjoyed watching the dogs pick out toys. The dogs love their new toys but the greatest gift would be a forever home. All the dogs in the video are up for adoption. If you are considering adding to your family, remember to adopt. 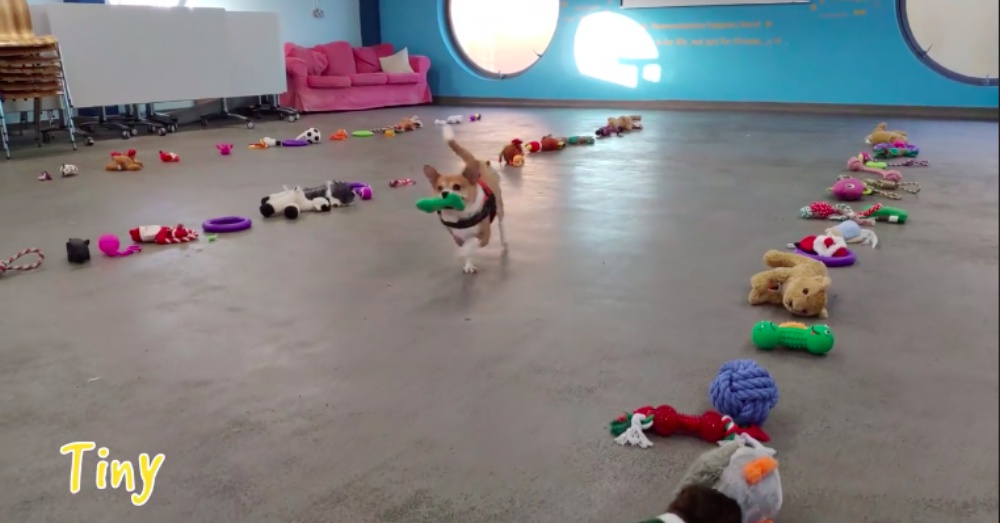 Watch the adorable video below.

You can make the day of a shelter pet by donating a toy, treat or both through our Holiday Toy & Treat Drive. All donations made by December 25 will be 100% matched, meaning more joy for shelter pets.

Groomer Gets Dogs To Pose Together For The Cutest Nativity Scene: Click “Next” below!