What’s Round, Furry, And Weighs More Than 28 Pounds? Meet Doughnut!

IIf you can’t tell from his name, Doughnut loves to eat.

His previous owner kept him fed well. Sadly, she couldn’t keep him forever. Doughnut was handed over to the Jacksonville Humane society after a landlord took a hard-line stance on his no cats allowed policy.

Doughnut impressed the shelter with his manners. He’s a very well behaved cat. He just happens to weigh 28.6 pounds. 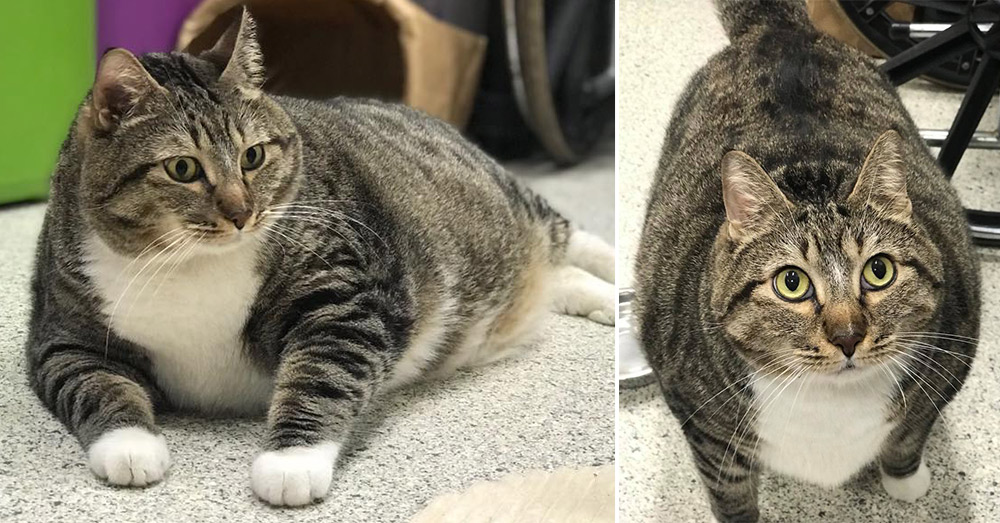 According to the Dodo, a healthy cat Doughnut’s age should weigh half as much, between 13 to 15 pounds. One thing is for sure, the shelter and Doughnut’s next owner needed to help him lose some weight, and soon. 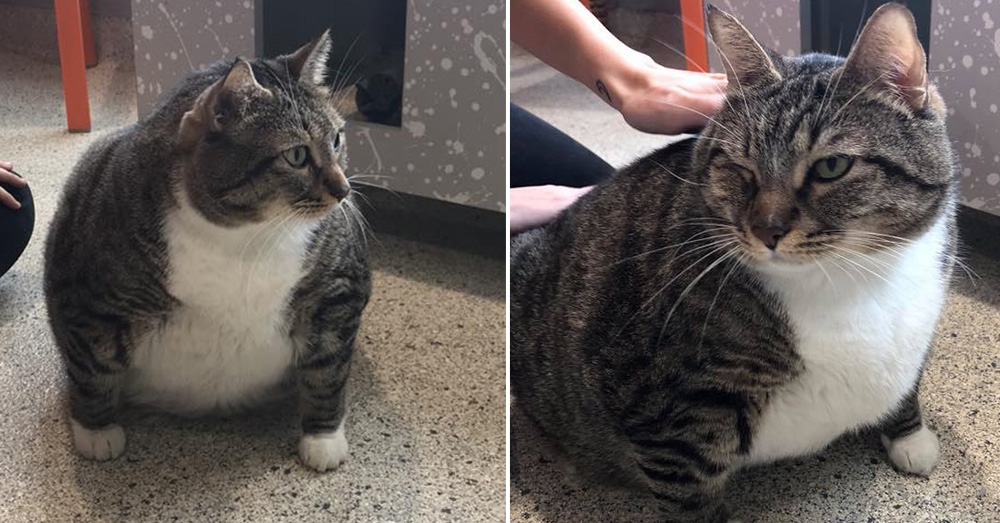 “He was surprisingly mobile but that weight is not healthy,” Lindsay Layendecker, senior manager of education and outreach at the Jacksonville Humane Society, told The Dodo. “Cats needs to lose weight slowly and with a veterinarian’s guidance, otherwise it will cause other issues down the road.”

Doughnut has a fun-loving personality, but he doesn’t show it in front of just anyone. It was a few days before he opened up and started playing with the shelter staff. 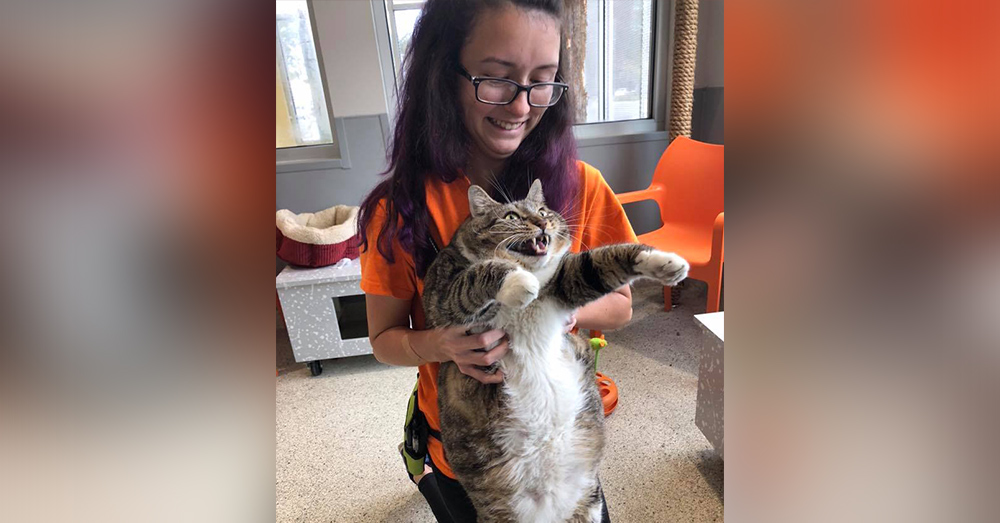 Source: The Jacksonville Humane Society
Doughnut has a fantastic personality!

“When he first came to us, he was understandably upset because he was in a new place,” Layendecker said. “We gave him a name of something sweet because we knew that he was really a sweet kitty deep down. Once he settled in, his sweetness began to shine and he would solicit pets and chin rubs from the staff.” 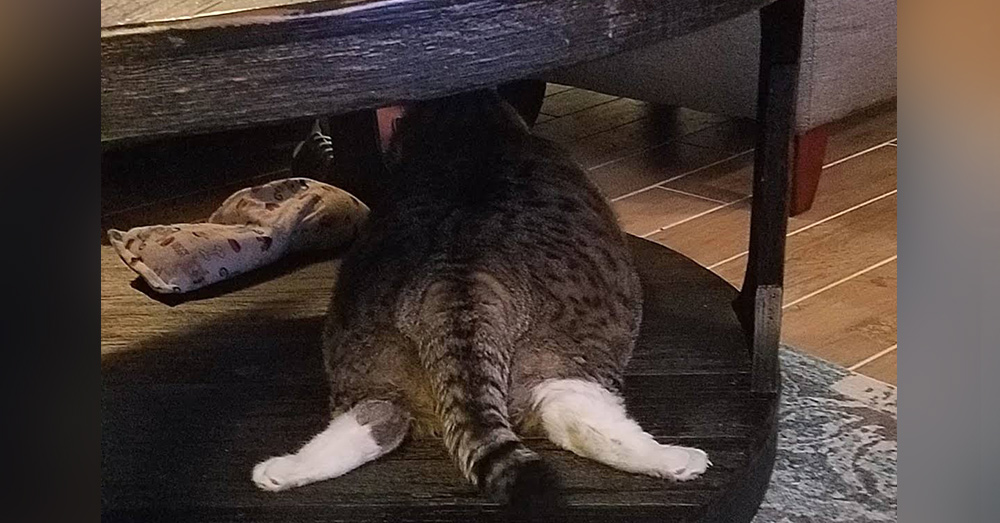 Doughnut has a lot to offer, and the shelter wanted to find him a family that would help work some of that off.

Thankfully, it wasn’t long before that dream had come true.

“We love this sweet boy and are so happy that he has now found a home,” the Jacksonville Humane Society posted on Facebook. “His previous owner loved him very, very much and his new family was thrilled to get the chance to add him to theirs. Not a day has passed that this big guy didn’t have someone who loved him, thanks to our community. Generosity breeds joy.”

Doughnut, now named Ziggy, enjoys his new home, and even finds time for a little exercise now and then. His new humans have another cat in the house who’s become Ziggy’s friend, as well. 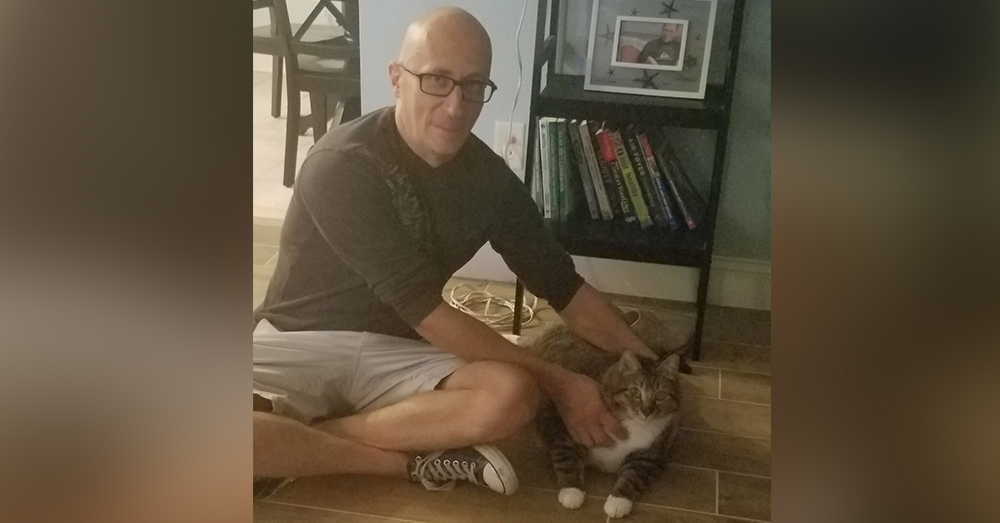 Source: The Jacksonville Humane Society
Ziggy is getting plenty of exercise these days!

Everything is looking up for this big boy!

“He is doing very well in his new home,” Layendecker said. “He is getting along with the other cat and his family was surprised that he jumped up into a kitchen chair! He has an appointment to see a vet next Friday and his family is excited to help him on his weight loss journey.”

Dog dies after eating popular treats: Click “Next” below!