This dog, now named Dottie, was found on the side of a Mississippi road on a scorching hot day trapped in hot melted tar. It was all over her body and was so sticky that she was unable to get up or move.

Thankfully people saw her and helped her right away. They were very careful when lifting her out from the tar and once she was free, they immediately rushed her to the nearest vet. 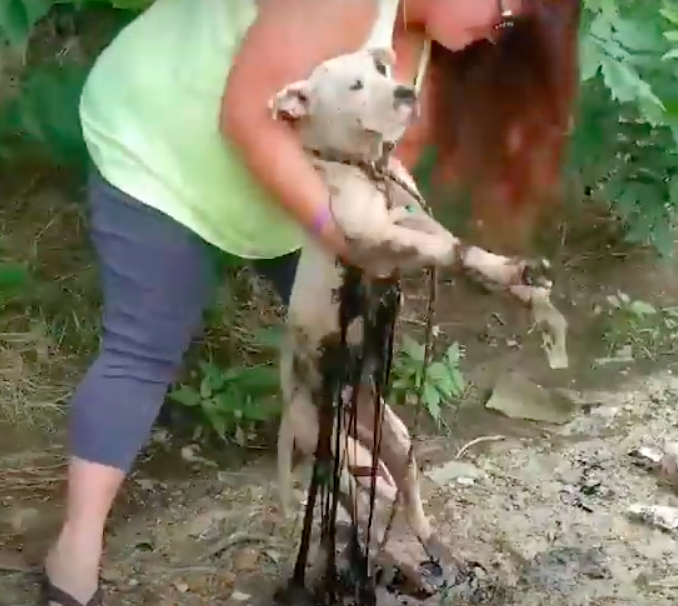 But being stuck in the tar was not her biggest problem. She was in extremely bad shape and is believed to have been formerly used as a bait dog. Her front teeth were missing, she was extremely malnourished and dehydrated, and unfortunately she also tested positive for heart-worm. 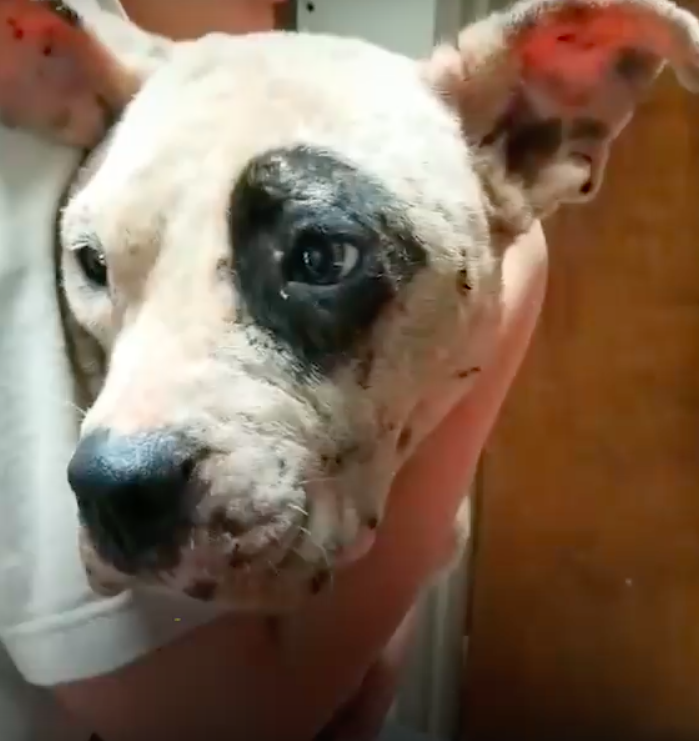 It took hours to remove all of the tar from her body but the vets and rescuers worked tirelessly to get this sweet girl cleaned up. As they removed tar, it revealed more and more of her frail body. She was taken in by Second Chance Rescue in New York, and began her road to recovery. 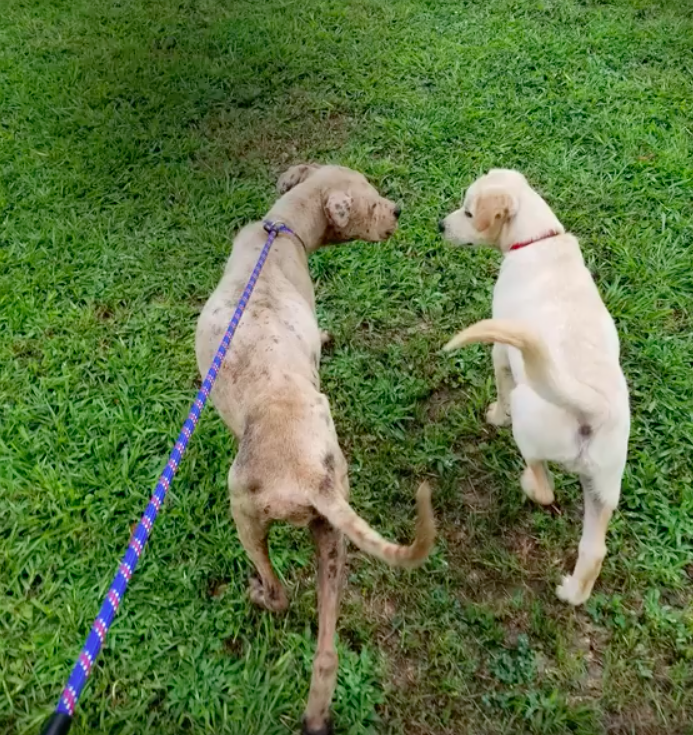 It’s been a couple of months since Dottie’s rescue and today she is doing so much better! She has put on a tremendous amount of weight and treated for her heartworm. She weighs 43 pounds and is thought to be around 2-3 years old. She lives with a foster who says she is very affectionate and playful. She loves to play with other dogs and is housebroken as well as crate trained. 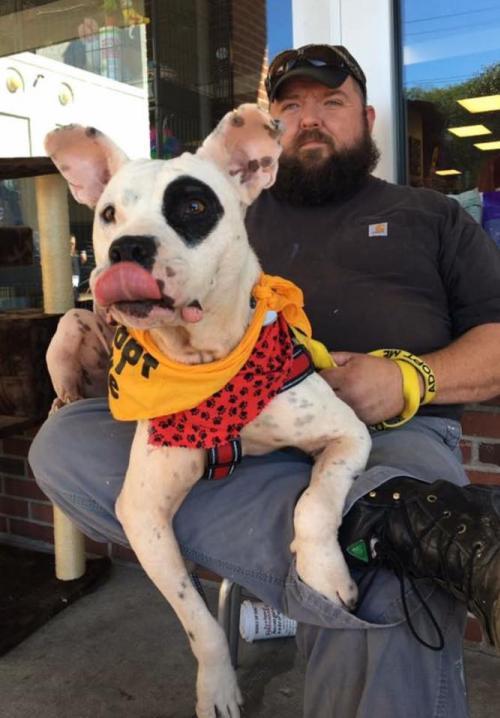 Now she is just waiting for her forever home! Dottie has been through so much cruelty in her short life, but it has not stolen her spirit or her love for people. If you’re interested in giving Dottie a forever home, click here to visit her adoption listing and apply today!