The cruelty to animals that takes place in some of Asia’s ill-equipped zoos and circuses is no longer a dark secret, and in South Asia, protests are taking on new and stronger forms.

Shareholders in a zoo outside of Shanghai threw a live donkey into the tigers’ pit, frustrated with the unacceptable conditions. In a video recorded by one of the zoo’s visitors that day, the shareholders can be seen backing up a truck and pushing the donkey off the rock wall into the water below.

While it’s not unusual for visitors to throw bits of food, and sometimes small fowl, to animals in these zoos, such activity is not always permitted, but these rules are rarely enforced. 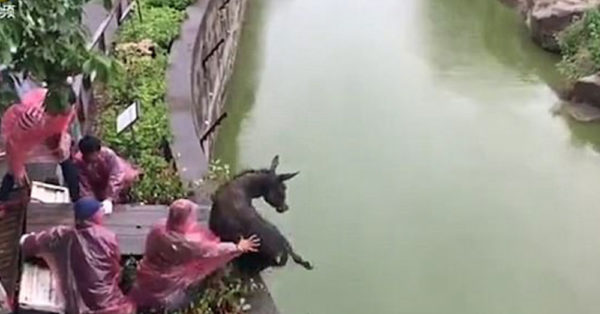 It took the tigers nearly half an hour to subdue and kill the struggling donkey, all while zoo visitors watched.

Nearly every day, animal advocacy groups, governmental agencies, and citizens worldwide are exposed to the tragic stories of sad animals, forced to live in squalid and often cramped conditions. Pleas for those conditions to change may fall on deaf or uninterested ears in some circumstances, and local governments may offer little reinforcement. But, as shown in Changzhou, it’s hard to remain complacent when money is on the line.

The shareholders had been growing increasingly frustrated, the Guardian reports, after investing in the facility two years ago. Since then, the zoo has been named in a lawsuit that resulted in its assets being frozen, and the shareholders have been left without any financial return. 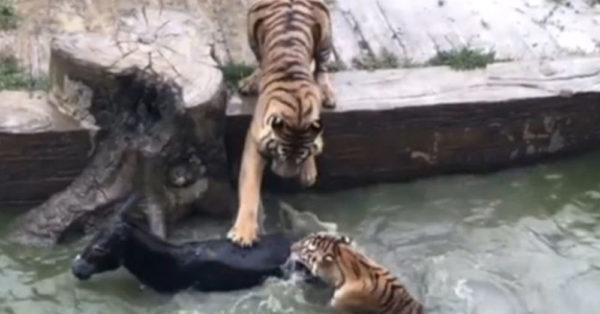 Animals in the zoo have fared even worse. As the facility has been unable to provide adequate care for most of its residents, two giraffes and a chimpanzee died from health issues that could have been prevented, ABC reports.

In a statement to the public and government officials, the shareholders described a conspiracy between the zoo and the local court, created to swindle their investments. 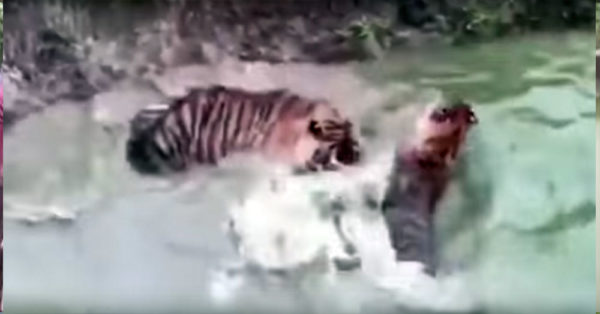 “Since we can’t have any benefits, we thought why not feed them to the tigers, at least we can save on animal feed,” one of the shareholders said.

The shareholders had intended to throw sheep to the tigers as well but were stopped by zoo security.

Following the closing of the Ringling Brothers and Barnum & Bailey Circus in May 2017, a number of wild animals were left without proper facilities to call home. Feld Entertainment has publicly stated that they are committed to finding “suitable homes” for all the animals, but they have failed to to elaborate on what constitutes a “suitable home.”

Click the button below to Help make sure Feld Entertainment does the right thing and protects every animal by sending every single one to an accredited sanctuaries!

Ringling: Release Your Animals Only To Accredited Sanctuaries

Making sure each animal ends up in a sanctuary that can give them the best home isn’t going to be easy, but the legacy of Ringling Brothers and Barnum & Bailey Circus hinges on making sure the animals that made the circus famous end up living happy and full lives in retirement instead of in the hands of private owners, other circuses, or roadside zoos.
Barnum & Bailey Circus might be ending, but the animals still need safe homes!
Make a difference!