This Dog With A Very Painful Skin Condition Came In As A Total Mess, But Left A Perfect Pup!

A dog was found on the streets in terrible condition. The people who found her named her Dolly, and then brought her to Vet Ranch to get her some help.

She had very bad skin with disgusting scales all over her body and patches of missing fur. The vets skin scraped her and determined that she had a severe case of demodectic mange. Her feet were also very swollen with sores between her toes. 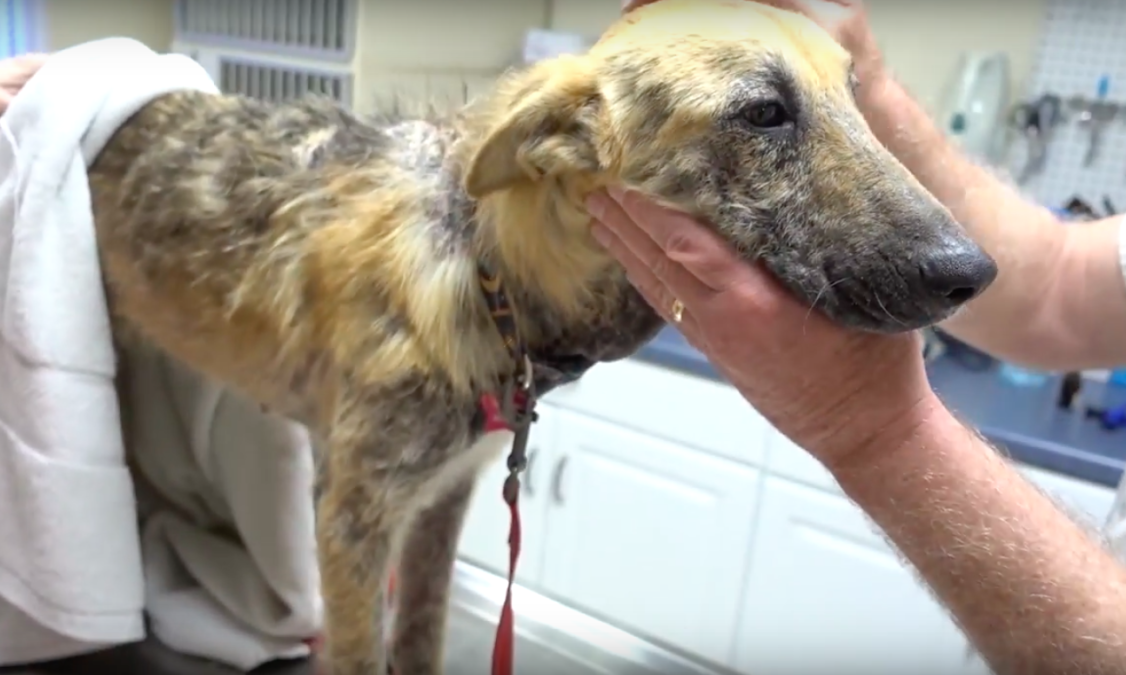 They estimated her to be around two years old, but her skin condition makes her look so much older.

They began treatment right away for the mange and secondary staph infection, which takes about a month to get her healed, and then another month on top of that for her hair to grow back. 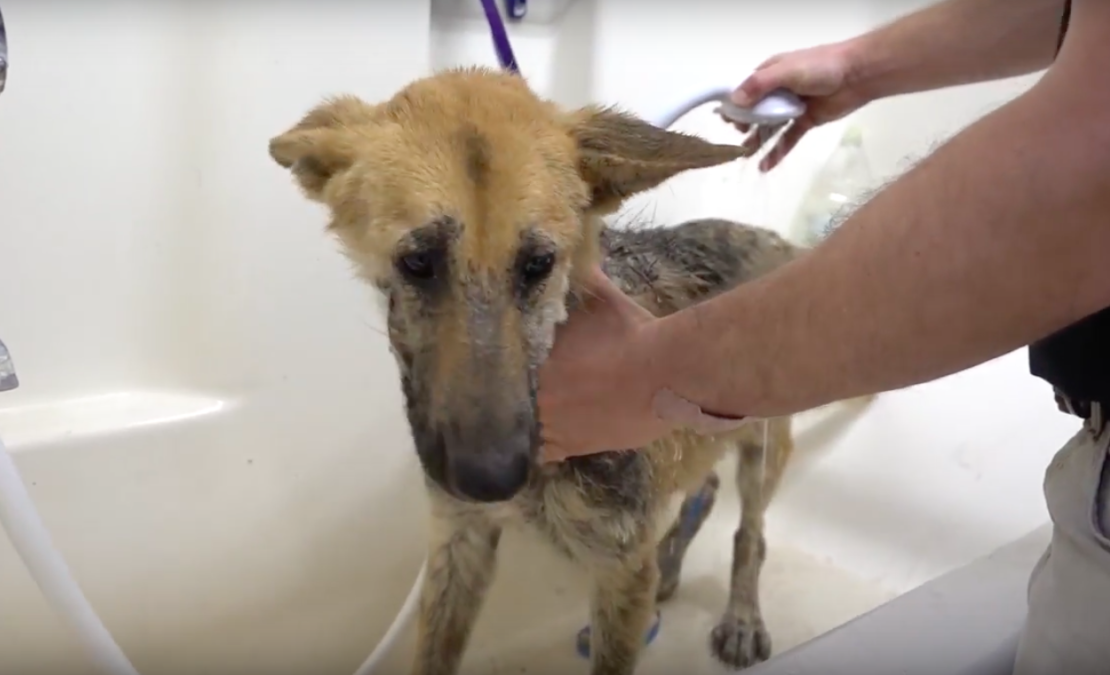 They also discovered that she had tapeworm, and was also heartworm positive, so they started her on medication for that, and got her up to date on all of her shots.

Two weeks after treatment, a lot of the scabs began to fall off, but she still had a long way to go. Five weeks after they first got her in, she was looking so much better and was finally healthy enough to be spayed. A few weeks after that, her hair was finally starting to grow back in and she was becoming more comfortable with people and much less nervous. 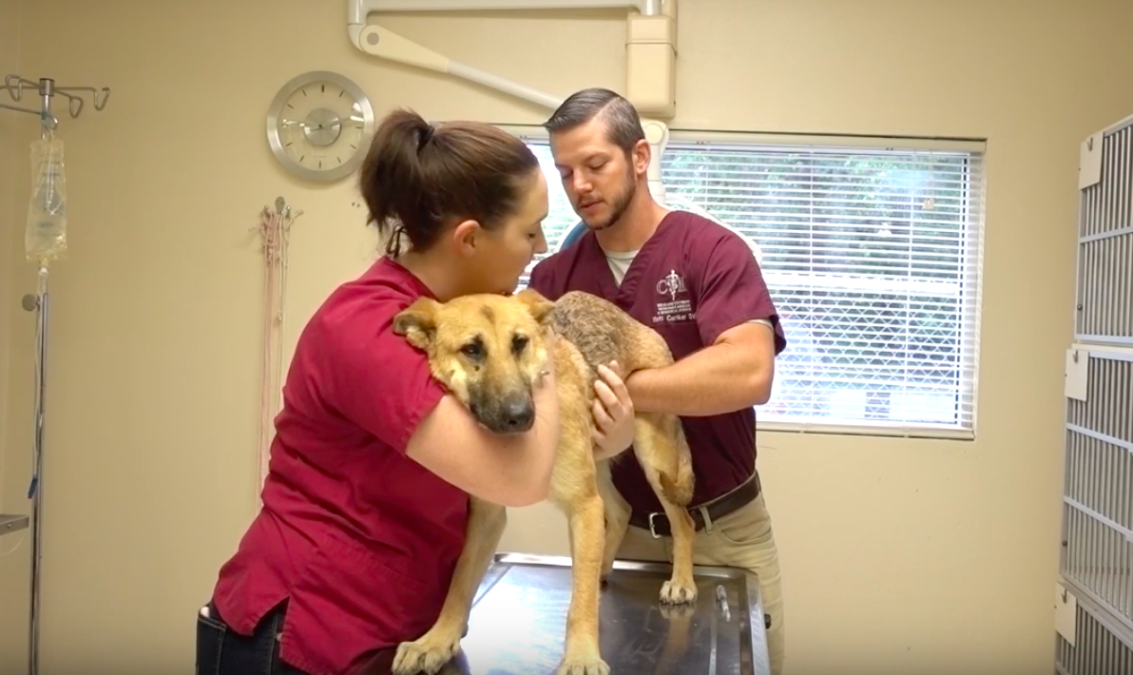 Not every stray dog is as lucky as Dolly is. Many live their entire lives out there on the streets. It’s unknown how Dolly even became a stray, or if she had been one her whole life, but all that matters now is that she’s ow safe! 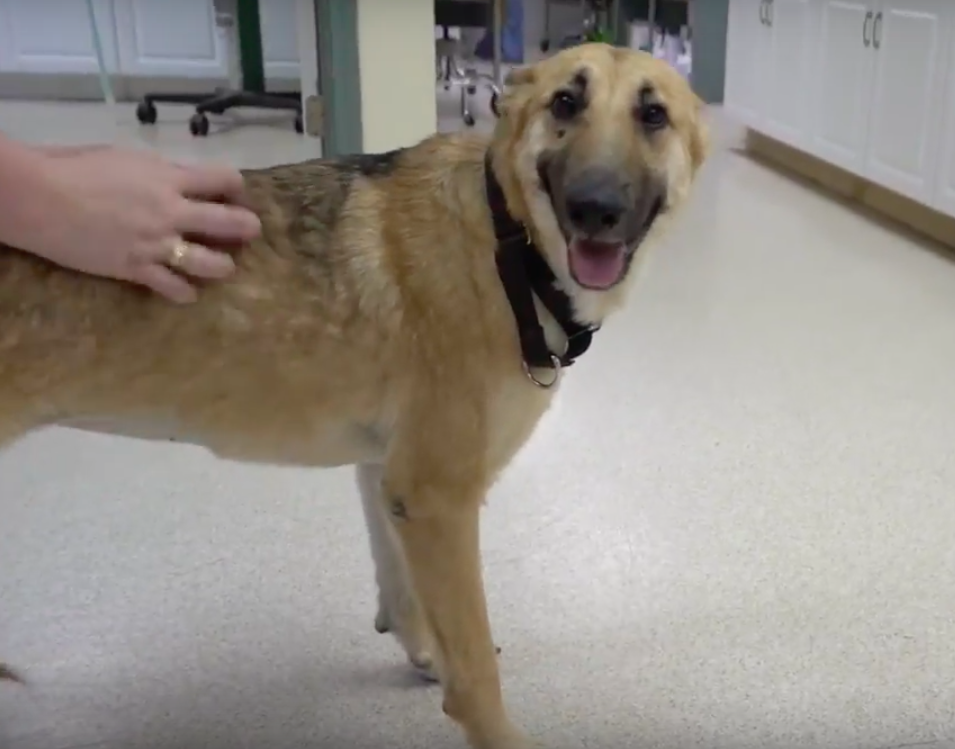 Thanks to Vet Ranch, this sweet girl is not in pain anymore! The best part? She was adopted! Now Dolly will live a happy life with her new family and won’t ever have to worry about living on the streets in terrible shape ever again!

Watch her amazing transformation in the video below: