It’s a lot of fun to get our dogs out of the house and take them for a drive but when we get to our destination, we often find that it isn’t pet-friendly.

Some locations want to allow dogs inside but they may be restricted because of health codes. NuNu’s Fresh Market loves dogs, so they decided to offer something to pet lovers who wanted to bring dogs out for a trip to their stores.

Outside of their storefront in Youngsville, you will soon see DogSpot smart dog houses. 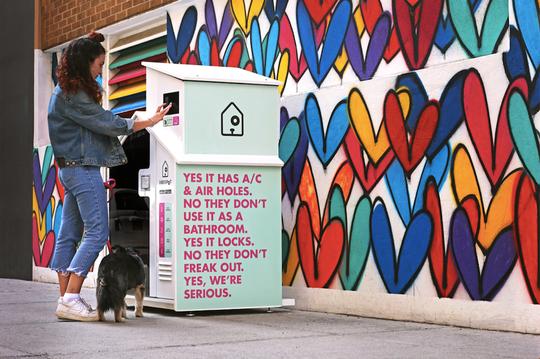 These shelters are equipped with climate controls, emergency air releases, backup batteries, cameras, and temperature tracking. They are also sanitized between each use using UV technology so the parvovirus is not an issue.

There are even upgrades on the way, such as music and speaking to the pets while they are in the smart house. You would be able to control the smart house by a mobile app.

The founder and CEO of Dog Spot, Chelsea Brownridge has a rescue dog that inspired the idea. Winston loved taking walks and she wanted a safe place for him to stay while she went for groceries or did some chores.

A design was created that does more than keep pets comfortable. It also was designed to keep the owners comfortable as well. The shelter has reliable climate controls that are not available in most cars and more safety than simply tying the pet up outside. 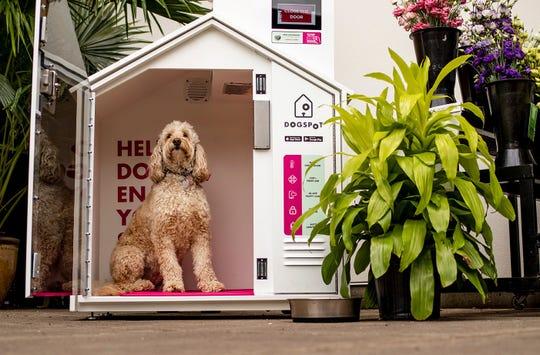 Four years and a number of changes have since taken place and DogSpot is available in 14 states, including Louisiana before very long. Brownridge is looking forward to the possibility of providing some relief for dogs in the deep South.

NuNu’s Fresh Market owner, Tyree Broussard was interested in finding an option to keep dogs safe but there was a lot to consider. After finding DogSpot, she realized that she had an option that offered everything she wanted, including safety, sanitation, and comfort.

Broussard is an animal lover with a self-proclaimed ‘rescue heart’. She fosters many dogs and has done so for the past five years, averaging up to 12 per year or more. She decided to get involved with fostering animals after befriending the human parents of a foster pet.

“Once you get in, it’s hard to not keep doing it,” she said. “The hardest ones to let go of are the more difficult in the beginning because you see them change. The ones that wouldn’t come out of the crate and turn into lapdogs. Nothing is as resilient as a dog’s heart.”

She now has four dogs of her own, including two ‘foster fails’. It really was a no-brainer to find such a safe location for pets because she wants them to be safe and she wants to reward her customers for being good pet parents.

The shelters will be available at the front of the store in about six weeks. 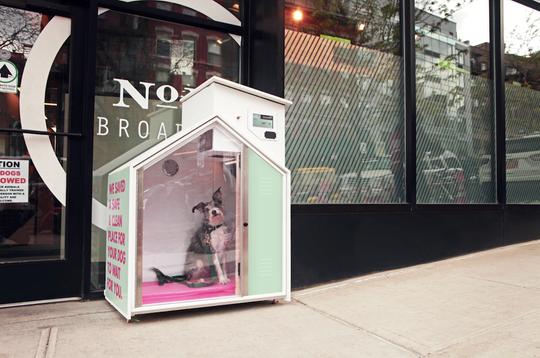 The local grocery chain has been interested in the needs of its customers since they opened in 1976. The store was opened after it was recognized that the small Louisiana town had a need for a complete grocery store.

Broussard considers the shelters to be fairly affordable but they still want to make them free for their customers. It is more about making a safe alternative for pet owners so that they don’t leave animals in cars.

“Convenience of the customer is our main goal,” she said.