Meghan Specksgoor, of Midlothian, Virginia, took a trip to New York and had her father, Larry, babysit her beloved dog, Chance.

Larry and the four-year-old German Shepherd had a blast together and sent Meghan plenty of texts to keep her updated. 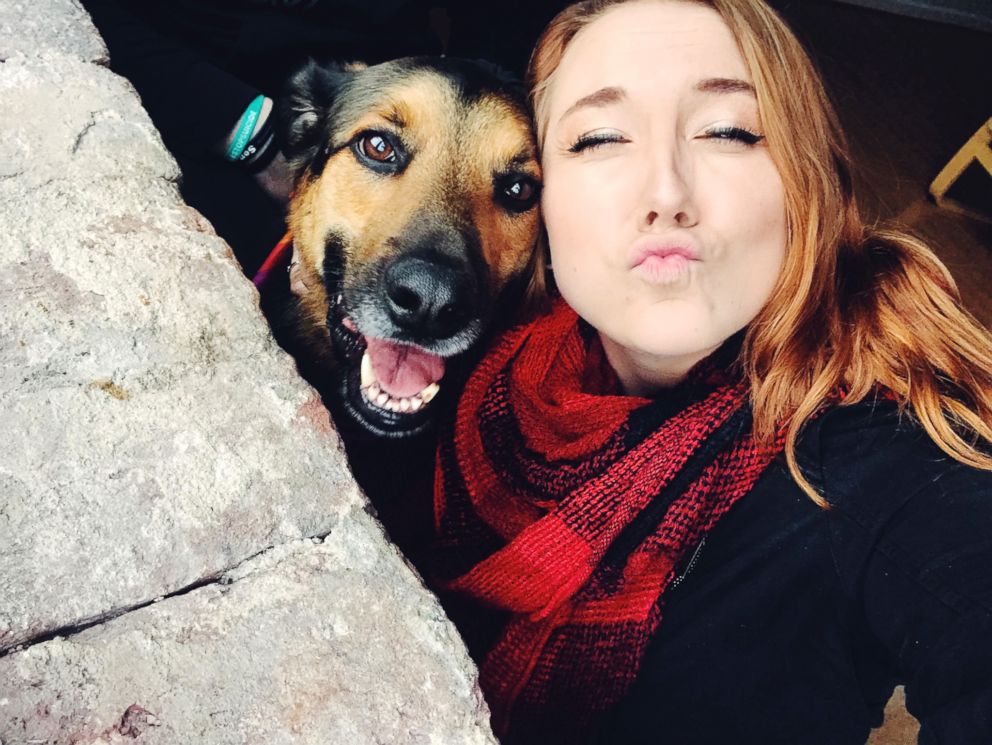 Meghan got a good laugh from the texts and posted them on Twitter, which have since gone viral with more than 52,000 retweets. Once you see the texts, you’ll know why. 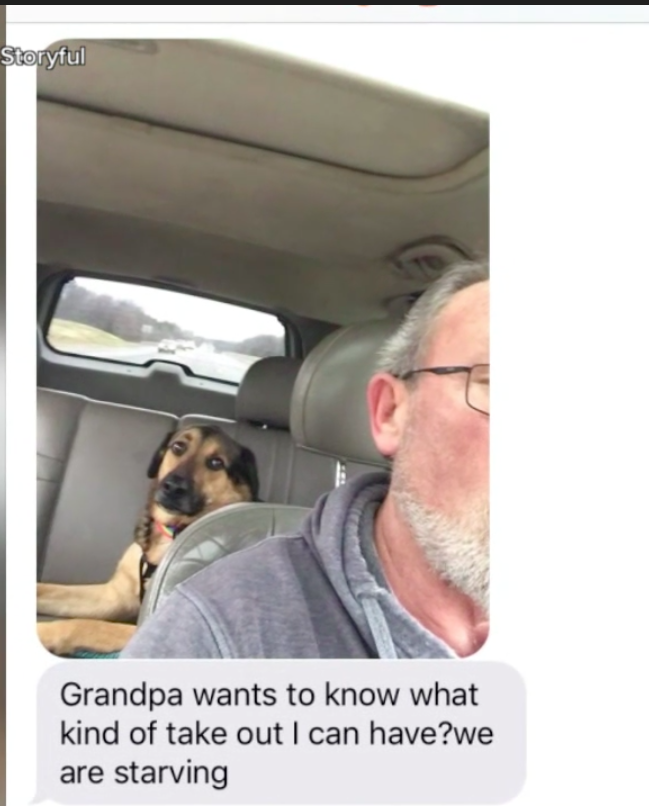 In his first text, Larry wrote to his daughter, “Grandpa wants to know what kind of take-out I can have? We are starving.” 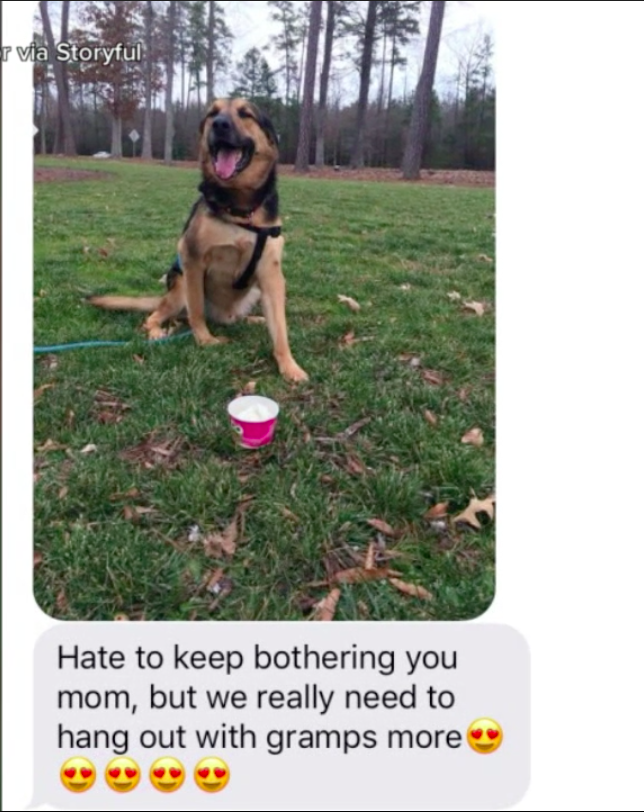 “Hate to keep bothering you mom, but we really need to hang out with gramps more,” Larry wrote in another text, with a picture of Chance enjoying time with his grandpa at the park. 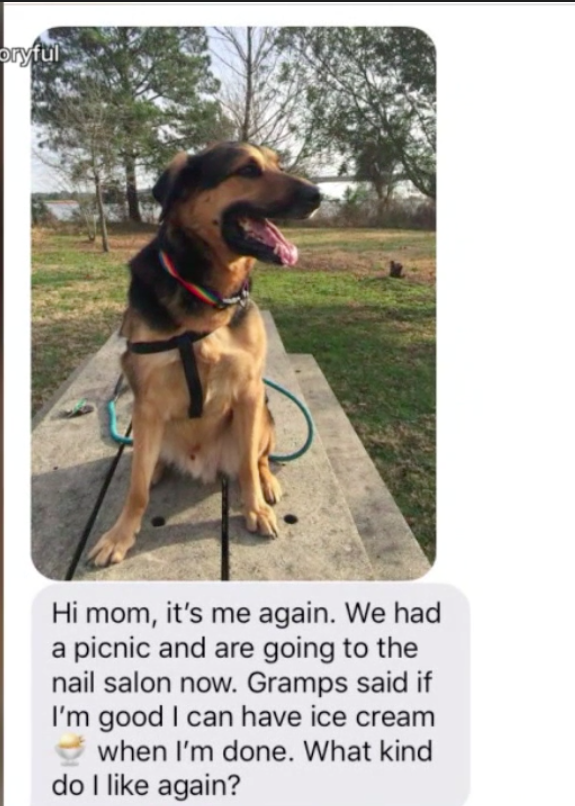 After their dinner and picnic at the park, Larry took him to get his nails clipped and then rewarded him with some sugar-free frozen yogurt. At the end of a long, exciting day, Larry let Chance sleep with him in his comfy bed. From the looks of it, Chance loved hanging out with his grandpa and was completely spoiled! 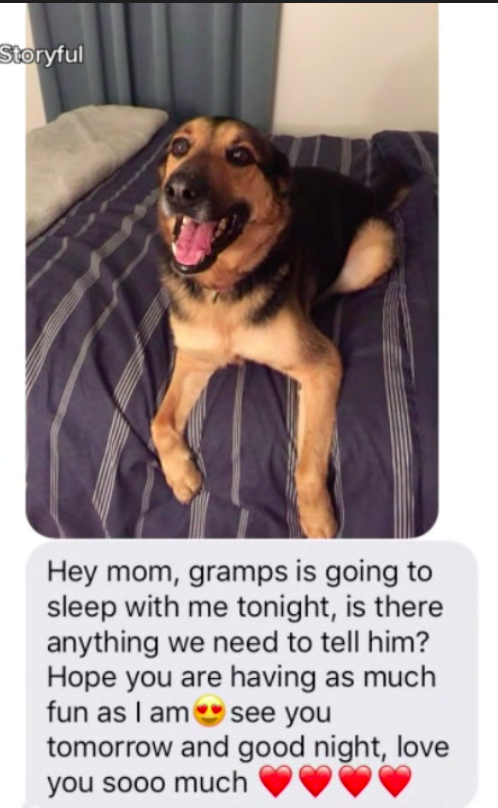 Whenever I go away, I always worry about my pets when they’re with a sitter. Luckily, Meghan didn’t have to worry, as her dad kept her updated throughout each day! What a great dad and an even more amazing doggy grandpa! 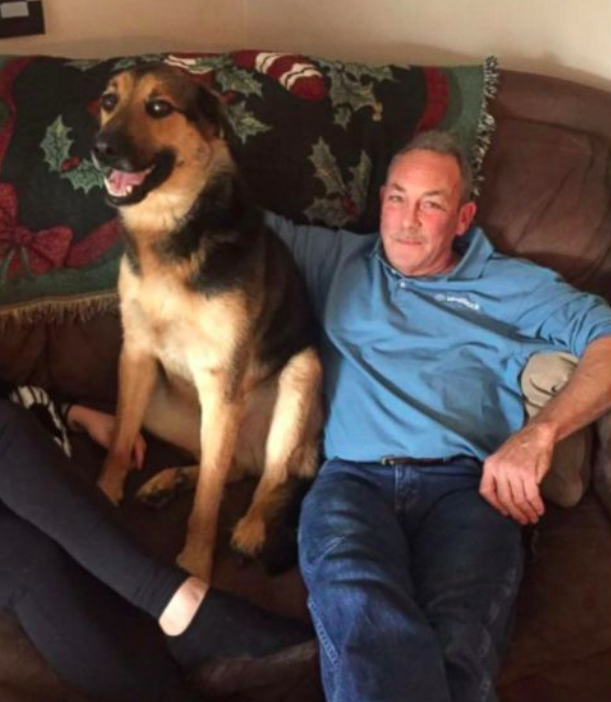 Although he loves his grand-dog, Meghan says he desperately wants human grandchildren. I’m sure when he gets them, he will spoil them just like he spoils Chance!