A loyal dog in Thailand has been waiting for his owners four years in the same exact spot, after jumping out of their car at a nearby gas station and getting lost.

In this very touching story, the power of social media managed to get the dog – originally called BonBon – reunited with his owners.

However, there is a twist to this story, as the dog – named Leo by locals – has grown fond of life on the road. 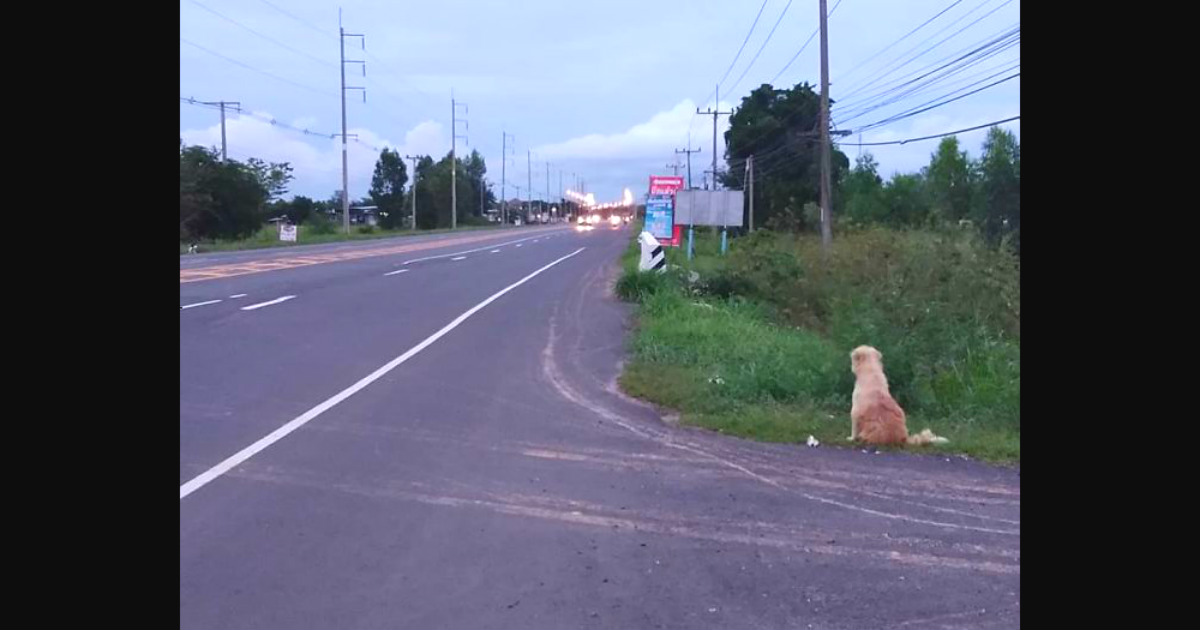 Despite being very happy to see his old owners for the first time in four years, it turns out that he refused to leave his spot on the roadside.

BonBon/Leo’s story first made news after pictures and a video of the shaggy, long-haired dog was shared to Facebook.

A Thai man named Anuchit Uncharoen, had first spotted the dog in September, standing on the side of the road in the Mueang District, in the south of Thailand.

The dog had a skin condition and appeared very thin, however, it was being given food by Saowalak Pinnuchawet, one of the local residents. 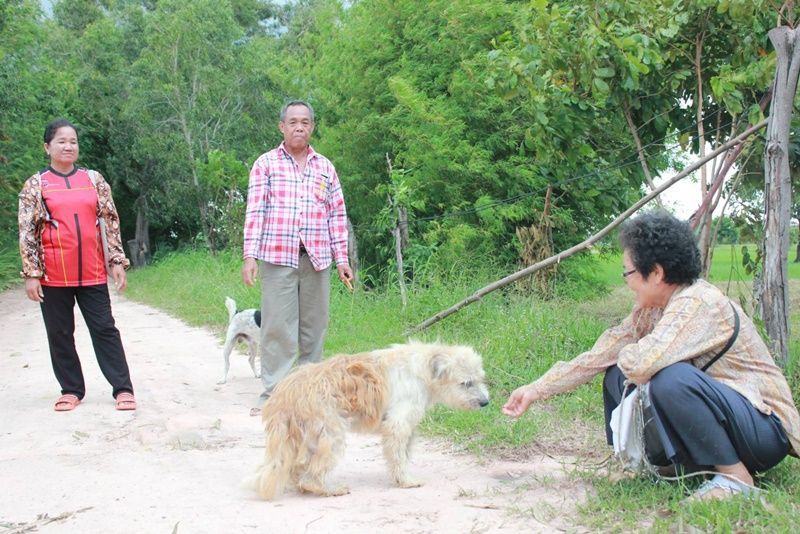 When Uncharoen spoke to the woman, he learned that the locals and named him Leo and that Leo had been diligently waiting in the same spot for four years!

According to local media reports, Ms. Pinnuchawet had attempted to bring Leo home with her, however after just a few days, he had escaped and returned to the side of the road at the exact same spot.

That is when she made the decision to instead bring him food and allow him to roam freely.

Then, last month, someone reached out to Mr. Unchareon inquiring as to whether or not someone had posted about Leo online.

Believing that his dog had either died or been stolen, Noi was relieved and ecstatic to be greeted by an overjoyed BonBon. 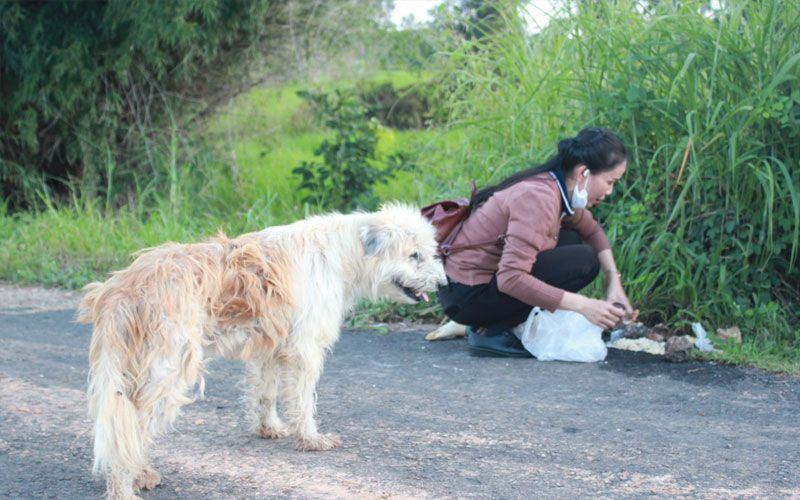 Noi then revealed that BonBon had jumped out of the car in early 2015 after they stopped at a gas station. Despite a week-long search, BonBon was nowhere to be found.

However, despite the happy reunion, it seemed BonBon was quite content in his new home and refused to return home with his previous owner.

As a result, Noi has decided to leave BonBon at home in his new roadside spot. Ms. Pinnuchawet, along with other local residents promising to feed him every day. Noi has also promised to come visit as often as possible.

It is definitely a very quirky happily ever after.