She Fed Stray Dogs Every Morning For Years. When She Passed Away, Look Who Showed Up At Her Funeral!

Margarita Suarez, of Merida, Yucatan, known around her town for feeding the stray dogs and cats nearby her home. She was a lover of all animals and would also take a bag of food with her whenever she went out so that she could feed other strays she encountered. 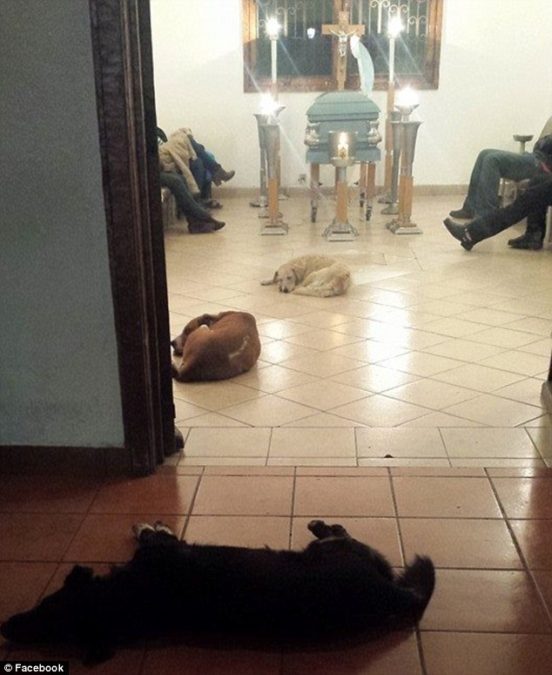 Sadly, Suarez passed away after her health took a turn for the worst. When her family was at her funeral, they were shocked to see the stray dogs there that she had fed. Workers at the funeral home said they had never seen these dogs there before. The staff allowed the pups to come inside, and they laid quietly on the floor near Suarez’ coffin. Suarez’ daughter, Patricia Urrutia, believes the animals wanted to be there to say goodbye to someone who had been so good to them. See more pictures in the video below: