We all know our dogs love us, there is no doubting that. But sometimes we might question whether or not they’d save us in a scary situation, such as a burglary. There was a recent home invasion where a burglar kicked in the door to a home that had two dogs. One would assume that a burglar breaking into a house with dogs would find himself becoming a chew toy, but that was not the case with this robbery.

Rather than the two dogs forming a pack of protection and attacking the burglar, the dogs ended up running away. They didn’t even bother to chase him off! The dogs’ owners were quite surprised by the string of events, including their dogs’ lack of attack.

Prompted by this story, Inside Edition decided to to a little investigation into the question that is on the minds of many dog owners: what would your dog do during a home invasion? The media outlet decided to gain some insight into whether or not dogs would actually come to the aid of their owners or abandon them during a break-in. In order to do so, some experimentation was called for. 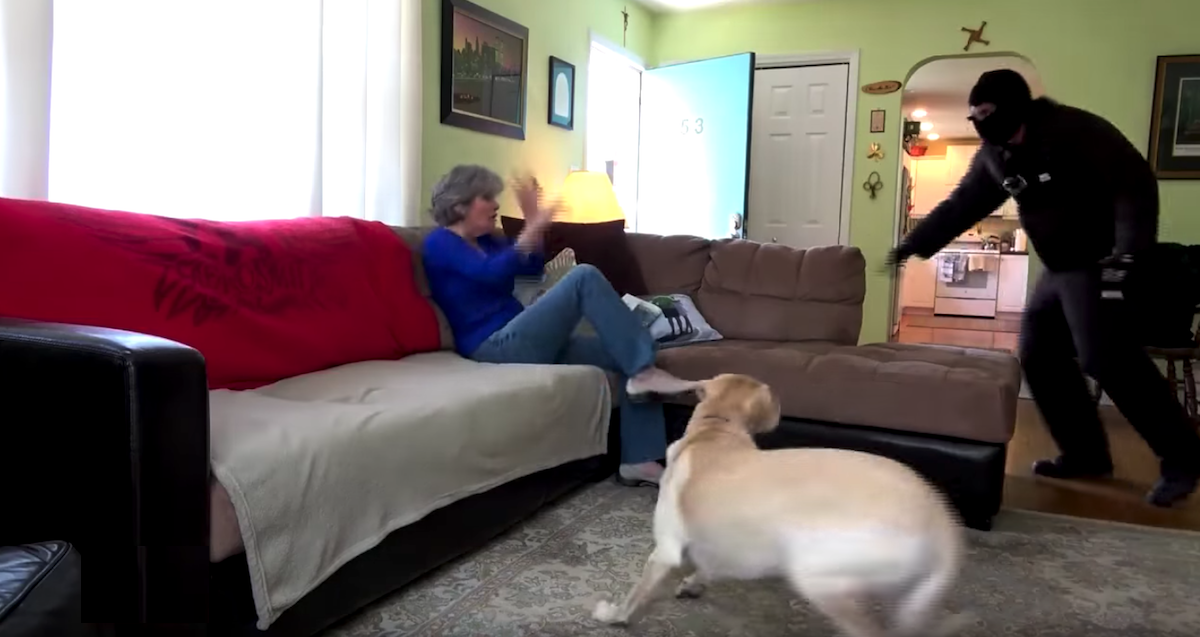 On woman, Michelle Kellaher, was one of those who agreed to take part in the experiment. She is the proud owner of a five-year-old Labrador named Perry, and she agreed to let her be put to the test. It didn’t go quite as planned.

Up next was a Pitbull-Lab mix named Ruby. Her owner, Kevin Peterson, was confident that she would come to his aid. He experienced no such luck. Ruby, like Perry, showed some minor concern for their owners but ultimately fled the situation.

Last on deck were two small dogs named Dobby and Frodo. Both dogs are owned by a woman named Ellen. While the little canines might be small, their courage was nearly triple their size. These pint-sized pooches proved that they would be willing to defend their owner in a home invasion situation.

Check out the video clip below:

What do you think your dog would do? Let us know!