Hope For Paws, an animal rescue organization, received a call about two stray dogs who had been living under an abandoned school. They had been living here for many months, scavenging for food in a nearby park.

Rescuers immediately drove over to the school to try and help the pups. First, they saw a pit bull under the structure, and noticed that she was pregnant. 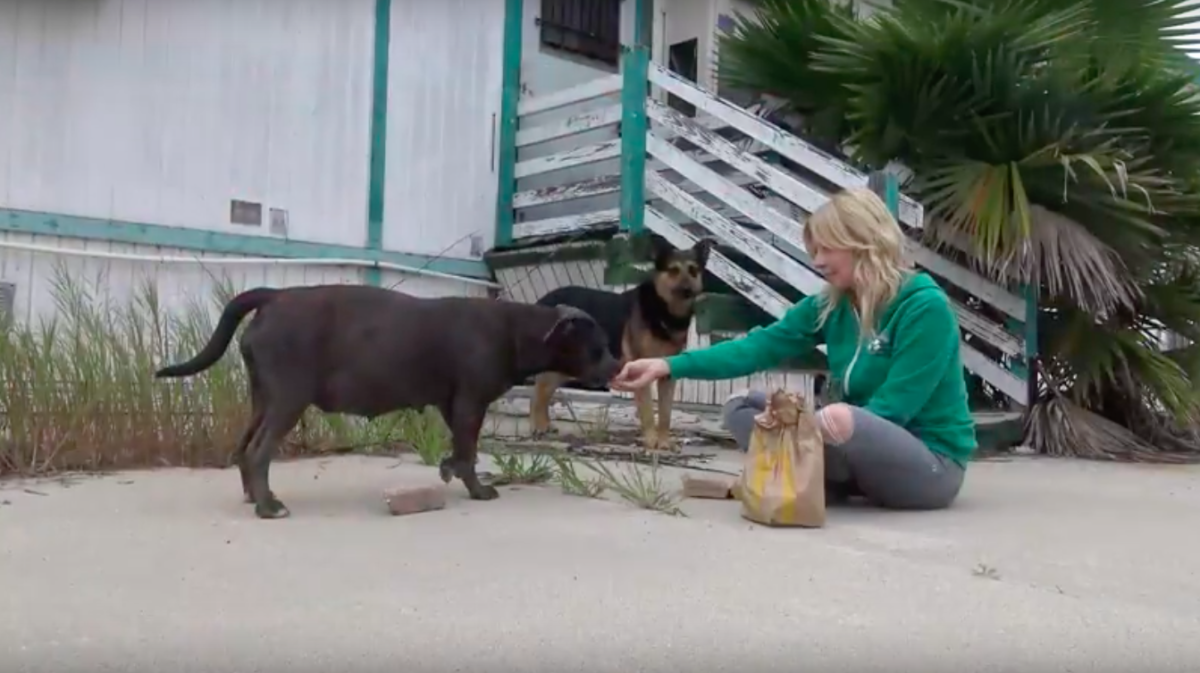 The rescuer held out some food to try and coax her out from underneath the stairs. She was afraid, but clearly starving, so she came out from hiding. The other dog followed close behind her. Both dogs followed her down the walkway away from their hiding spot. 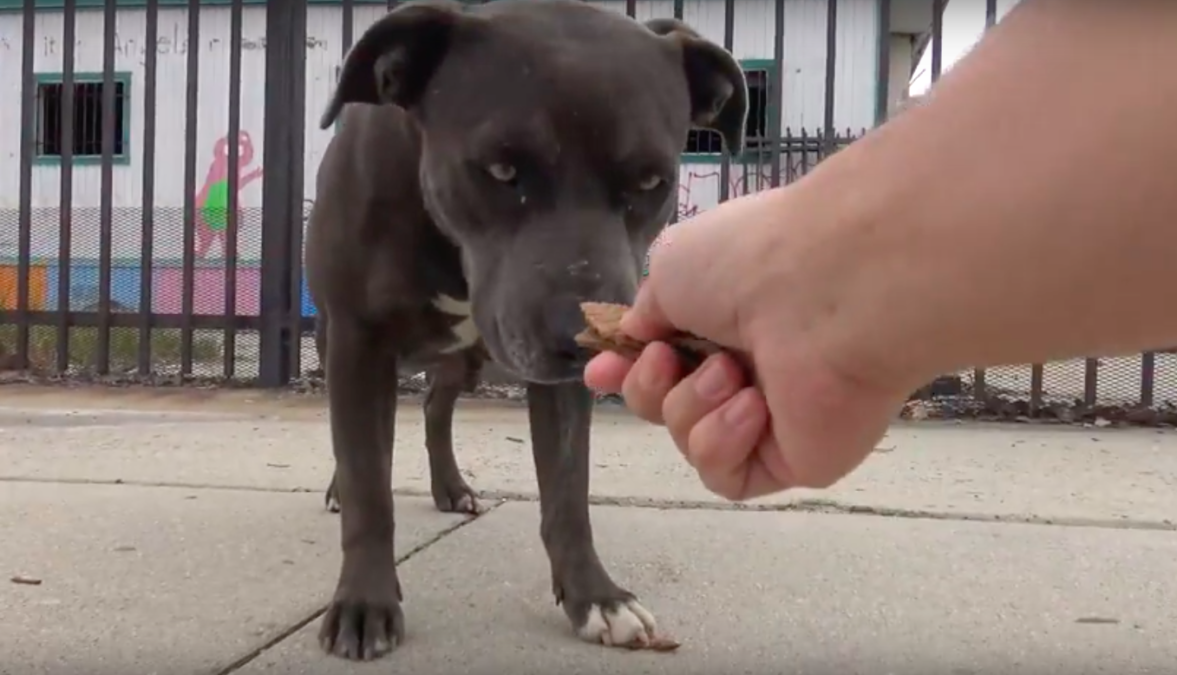 They were able to catch the male dog in a trap. Now they just had to coax the female closer to them, hoping she wouldn’t run away after seeing her friend in the trap. She stuck around for a bit but then became overwhelmed and went back into hiding. 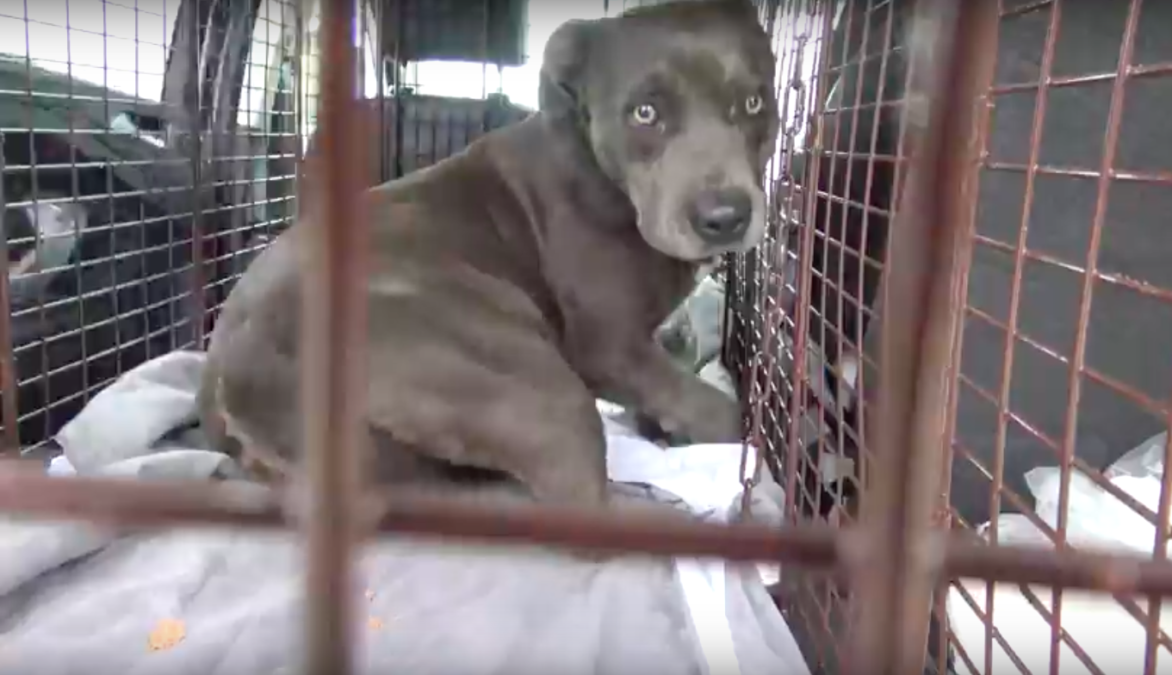 Rescuers then brought a second trap near her hiding place. They put food it it and waited nearby. Eventually the pit bull went into the trap and they finally got her. 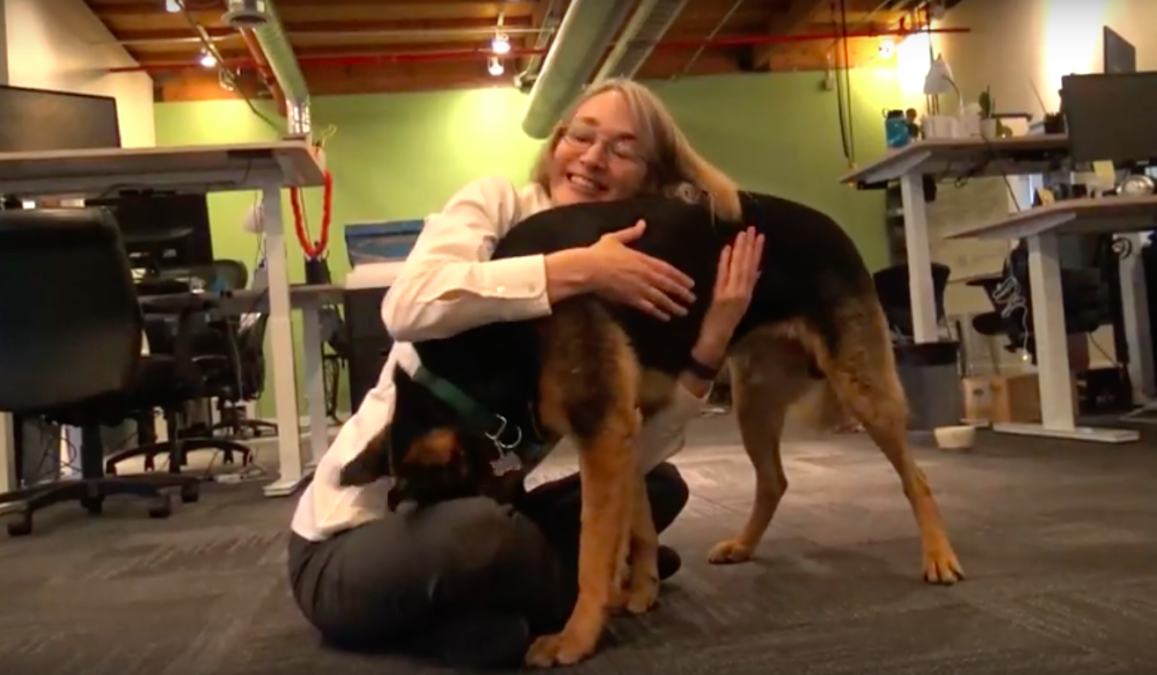 They named the pit bull Tooney and the shepherd Sully. They brought them to the hospital to be examined. They were both nervous, but were finally in good hands. After a while, the dogs finally calmed down and were much more relaxed. They realized that the humans were there to help them. 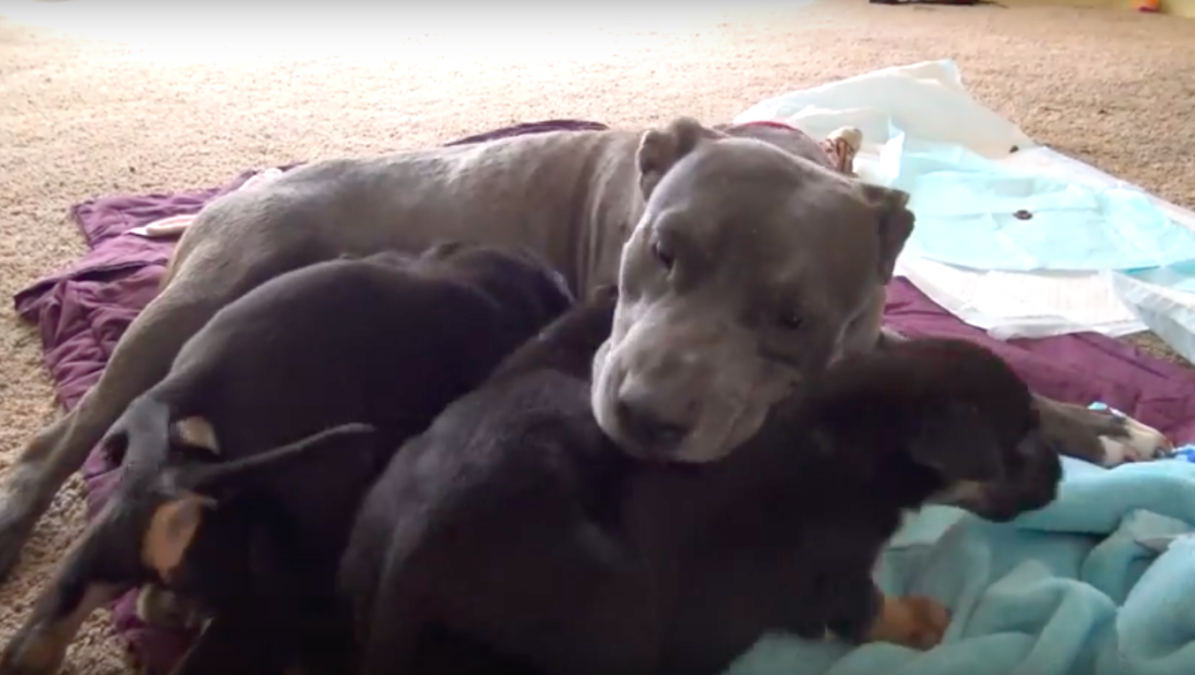 A few weeks later, Tooney gave birth to nine healthy and happy puppies! And thanks to Jennifer Gray from Sunny Day Acres, Sully found his forever home! Now Tooney and her pups are looking for theirs. If you’re interested in adopting them, visit www.DoggieBonez.com.