Why One Woman Quit Corporate America To Help Rescued Strays

In May 2016, a Pennsylvania woman found herself following a friend’s like on Facebook, only to land upon a page that would essentially change her life. Nicole Green recalled being amazed by the story of an expatriate couple in Brazil that had been rescuing street dogs since 2002. Now they have 127 street dogs and two cats living on their property outside Rio de Janeiro.

Nicole and her husband, Curt Weber, started donating to the charity, Dogs in Brazil, which had achieved non-profit status in 2011 after mud slides devastated the region and their business, which was dependent on tourism, but still struggled to feed, shelter, and rehabilitate so many animals. 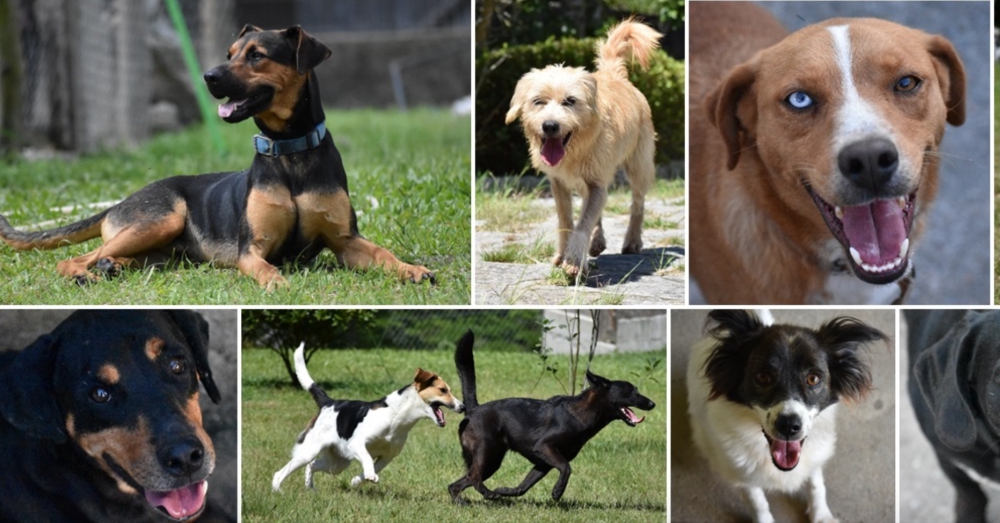 It wasn’t long before the Americans, after finding an adorable terrier mix, Nancy, on DIB’s website, also decided to adopt — but only after flying down to Brazil to meet Jan and Carlos in person, volunteer for the weekend, and make sure everything they’d read on Facebook was real.

Both Americans had previously visited Brazil for business, so they knew the Latin American country was teeming with street dogs and cats. It wasn’t uncommon to see stray dogs roaming busy city streets or rural roads, Nicole remembered, calling the situation “out of control.” Others bore clear signs of illness, injury, and/or starvation. Even those who technically had “homes” still roamed freely, running the risk of being hit by cars. 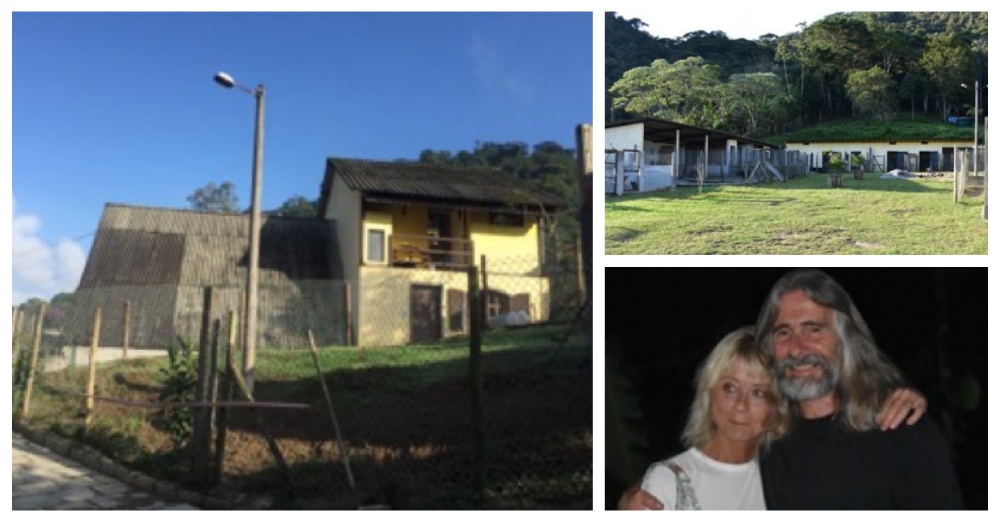 The issue stems from the fact that Brazilians don’t often believe in vaccinations or spaying/neutering; some even believe unneutered males make better guard dogs! Nor is animal cruelty a punishable offense, leaving abusers free to neglect or mistreat their dogs and cats without fear of recourse.

“They are treated like vermin, just as we see rats here in the US,” Nicole says, noting that the region’s underlying poverty, which leaves many people unable to care for themselves — let alone their pets — is another factor. 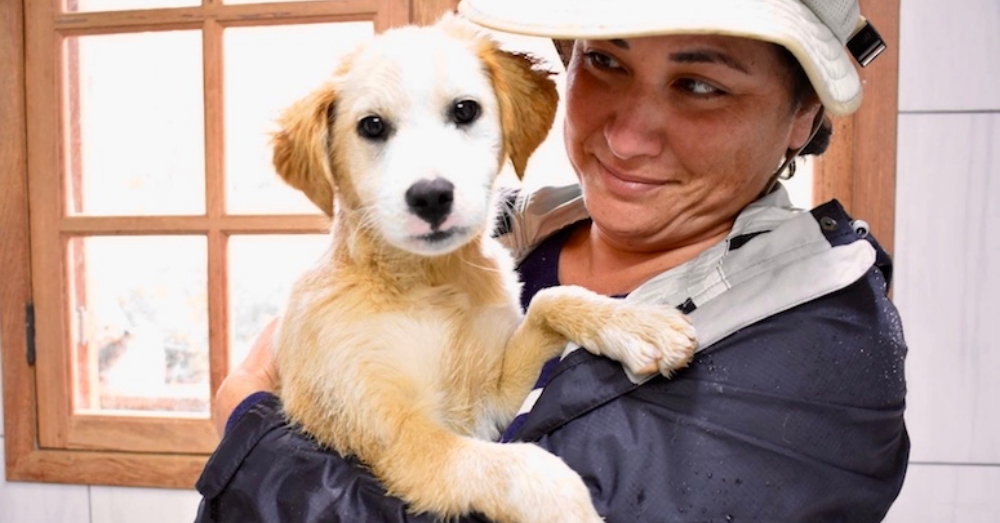 When Nicole and Curt finally arrived at Dogs in Brazil’s headquarters in Teresopolis, a mountainous city 35 miles northeast of Rio de Janeiro, they were awed and inspired. Nicole finally met Jan and Carlos, whose selfless mission had moved her from afar, and all of the dogs she’d been following on Facebook.

“It was humbling for what they had been through, yet [they] still had so much love to give to humans,” she said, feeling called to do even more.

Most of the charity’s rescues – which also include a couple of cats – hail from Rio’s streets, slums, and surrounding the countryside. Others have been rescued from nearby towns, where residents had reached out for help over social media. The couple’s vet, Dr. Andre Silva, has also become a source of sick or injured rescues. 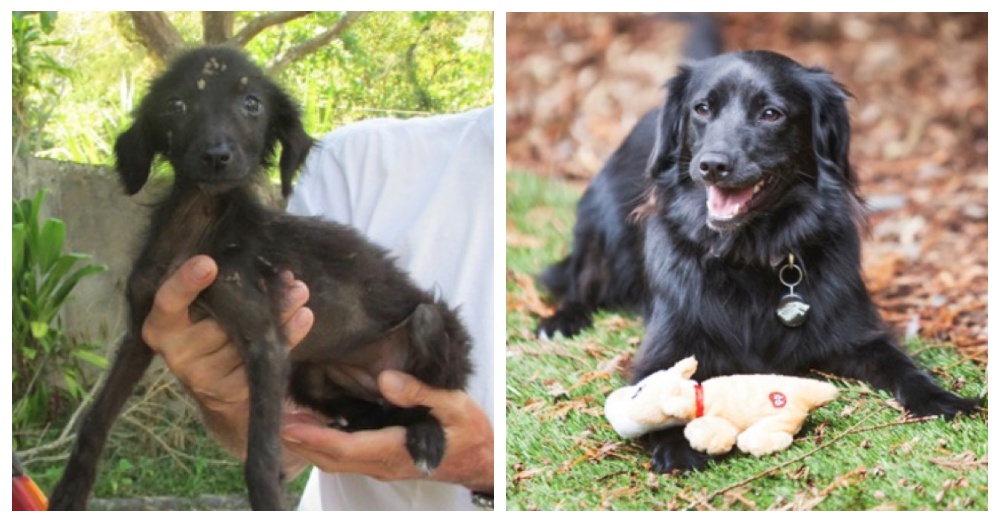 Dogs in Brazil’s success stories include Abby (above), who was found severely malnourished in 2015, nursed back to health in Brazil, and now lives with a family in Seattle.

Despite sustaining a knife wound that fractured his skull, Rio (below) hasn’t just fully recovered, he’s now living in Scotland with loving humans who fondly know him as “Potter” for his Harry Potter-shaped scar. 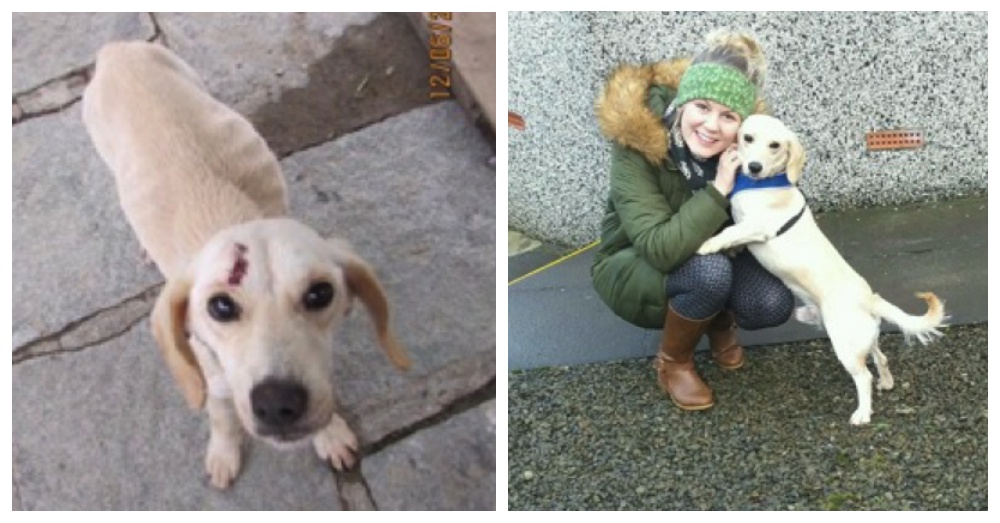 After flying back home with Nancy — who could fit in a carrier but preferred to snuggle between her new humans – Curt and Nicole opened up Dogs in Brazil’s first U.S. chapter to support the non-profit with fundraising, marketing, and international adoption efforts.

The work quickly become all-consuming and especially difficult to manage given Nicole’s senior position at Pepsi-Co. After much contemplation, Nicole decided to quit, trading an 18-year career (including 11 years with PepsiCo) to work with these rescues full-time. 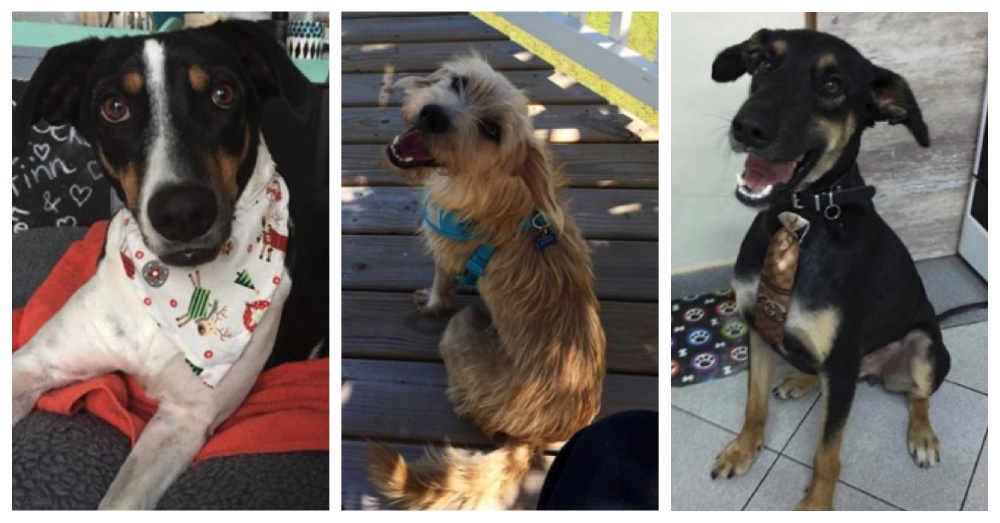 The idea was to usher some of Dogs In Brazil’s rehabilitated strays up to Pennsylvania, making it even easier for them to be re-homed. The plan would require more space, which led Nicole and Curt to buy an old horse rescue, which they’re currently working to convert into a kennel and sanctuary for adoptable dogs in search of forever homes.

This working arrangement has served dogs like Breezy, an abandoned mother found with four young puppies near DIB’s headquarters in Brazil, where Jan and Carlos were already struggling to care for 92 dogs. After regaining their health, Dogs in Brazil USA helped them all find new homes around the U.S. Many dogs are still adopted straight from Dogs in Brazil’s original headquarters, but Curt and Nicole do what they can to facilitate these efforts and collect Paypal donations on behalf of the Brazilian group. 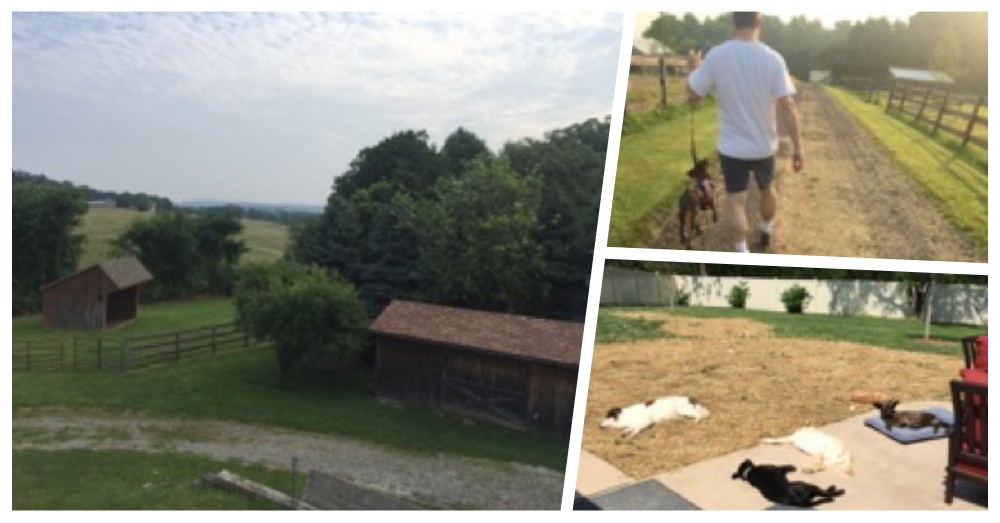 “It’s not for everyone to adopt sight unseen,” Nicole says, describing this “leap of faith” as the driving factor behind the new property, which would become Dogland Ranch. The Glenville property is still a work-in-progress, but it nevertheless includes plenty of space for the dogs to play, run, and practice household skills they’ll need to know in the U.S, like how to walk on leashes. There’s also extra room for sunbathing, which is quite important to Brazilian dogs!

“After we first met all the dogs in 2016, we were amazed how loving they all were after such a horrific start,” Nicole remembers. “We knew that if people could just meet them, they would be adopted.”

One year after opening in May 2017, Nicole and Curt have helped 15 dogs and one cat find forever homes, even if certain external factors (like airline restrictions that limit DIB to ship only 2 dogs per flight and an inexplicable hold-up on rabies vaccinations in Brazil) have slowed progress somewhat. Limited manpower and financing are also ongoing issues, because Dogs in Brazil USA doesn’t receive external funding like some larger shelters.

“I thought I worked hard before, but I work harder and longer hours than ever,” Nicole says, admitting that adapting to country life was an adjustment for a city girl who had never operated farm equipment before.

Of the six dogs currently living at Dogland, only one is currently up for adoption, because Nicole and Curt have also adopted three more Brazilian street dogs, in addition to Nancy and an older American rescue. 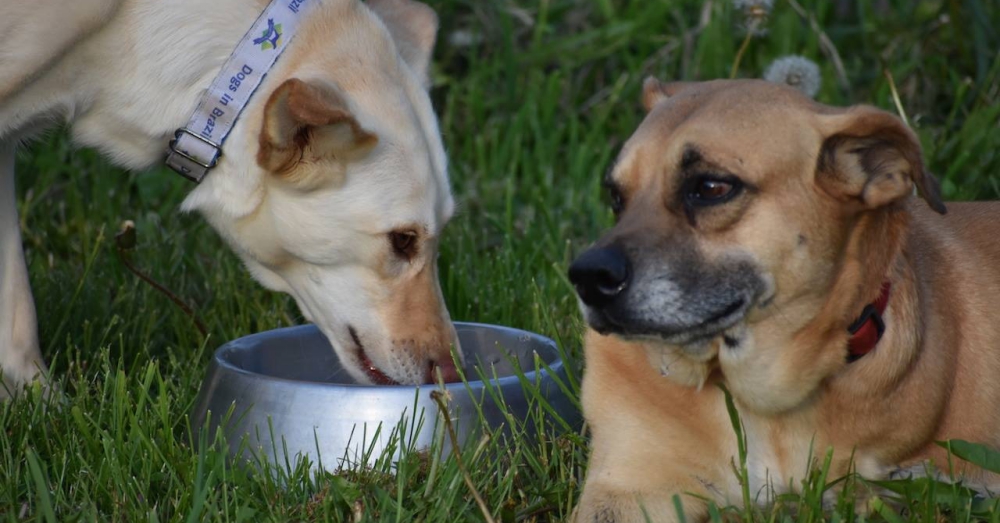 Now their family also includes Mina and Astrid, a friendly girl who survived parasitic botflies, pregnancy, infections, and multiple surgeries to become Dogs In Brazil USA’s brand ambassador, and a three-legged rescue, Sugar, who became a permanent resident after seeking a forever home for four years (1 year in Pennsylvania + 3 in Brazil).

“Any of the dogs that come here that do not get adopted will live out their lives with us,” says Nicole, who felt it was time for that sweet special-needs dog to be “officially home.” 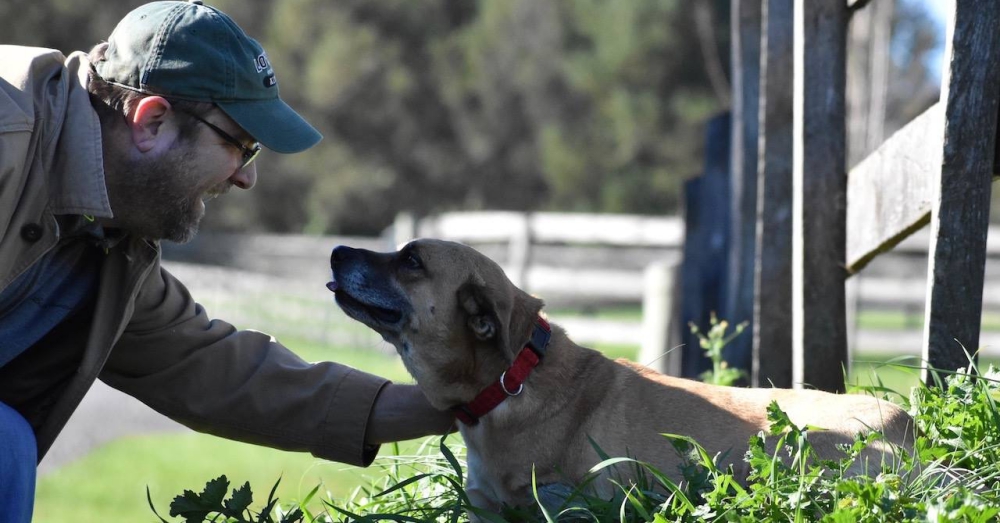 Regardless of their status, the dogs are given full reign of the household while the humans update the ranch with external kennels. “We hoped it would help with home life acclimation after living in a kennel in Brazil,” says Nicole, who also subsidizes the cost of each animal’s airfare, teeth cleaning, and U.S. vaccinations to help U.S. adopters shoulder the extra costs involved with international rescue. This leaves the couple paying $500-$1,600 per animal, which certainly isn’t cheap, but still feels like a worthy endeavor if it helps these street dogs find good forever homes.

A year on, Nicole is very happy with her decision to focus on dog rescue full-time, even if she does miss her colleagues — and a steady paycheck. However, working with Brazil’s street dogs is worth it because these needy strays have such limited opportunity for rehabilitation. And, of course, all those sloppy dog kisses. 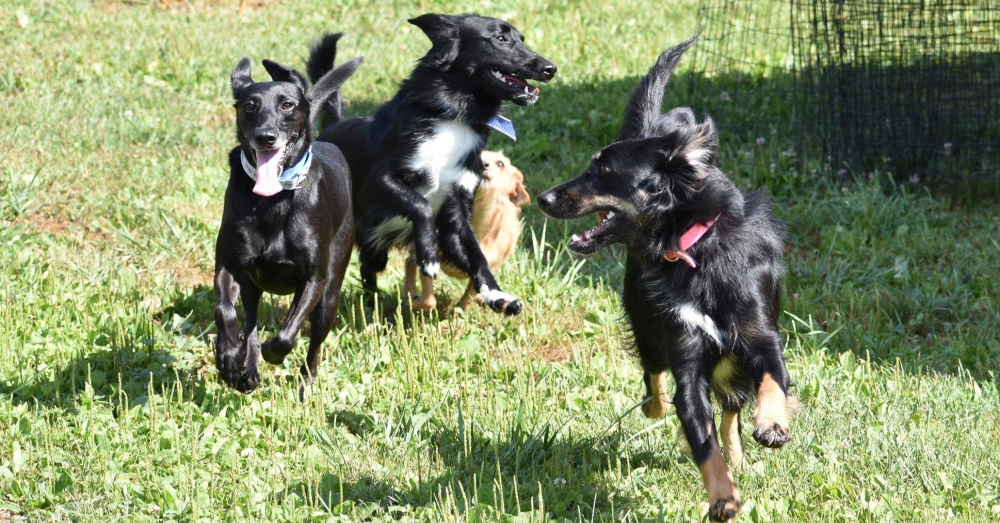 “This life isn’t for everyone and I have the upmost respect for people who dedicate their lives to rescue,” Nicole says, describing a consuming vocation marked with wins and losses. “But every success fuels the drive to continue on,” she says, even if other days leave her questioning whether she’s really cut out for full-time animal rescue.

“There are so many animals depending on us here and in Brazil and tomorrow is always another day to make a difference,” she says. Follow Dogs in Brazil USA on Facebook or contact Nicole at nicole.green@dogsinbrazil.org or 717-744-5723/847-502-7800 if you’d like to help out!