Huanglongbing (HLB) is an agricultural disease that prevents fruit from ripening. In recent years, it has all but wiped out Florida’s citrus industry, contributing to a 75 % fall in a once-$9  billion economy, the Boston Globe reports. It’s pushed at least 5,000 growers out of business.

The orchardists who remain are calling for all the help they can get, and one of the more promising forms of assistance comes in the form of a four-legged friend.

In Perry, FL, a dog named Bello is trained to sniff out the disease and sit under the infected trees until they are marked for removal. Bello was trained by handler Tyler Meck, of F1 K9, where dogs are also taught to detect explosives, drugs, and other contraband.

The US Department of Agriculture has been working with dogs to detect HLB for about 15 years. With a success rate of nearly 99%, it’s hard to question their efficacy. Dogs are not recognized as an official method of HLB detection by the USDA, however. The USDA has reserved its official recommendation for a DNA test called polymerase chain reaction (PCR). If the test is positive, the tree must be quarantined or removed. 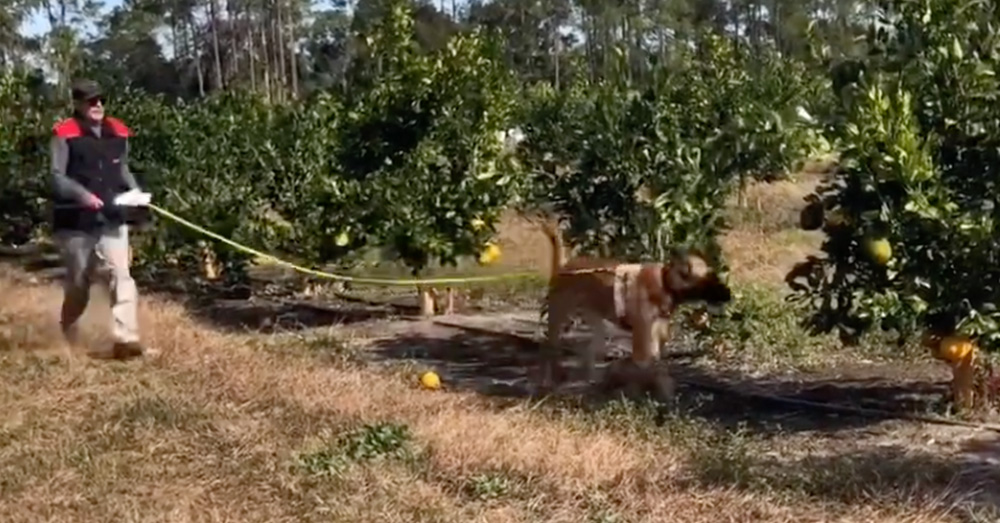 Knowing where the disease has spread is a big part of this work, but it’s certainly not all that’s needed to save the citrus. Preventing HLB from destroying citrus crops completely will take much more effort. Still, the chances seem to be better with dogs on the job.

USDA epidemiologist Tim R. Gottwald has employed a computer model to simulate the citrus harvest over the next decade, both with and without dogs involved in HLB detection. He found that orchards using dogs stand to turn a profit. Without dogs, the same orchards would go into the red in a matter of one to two years. 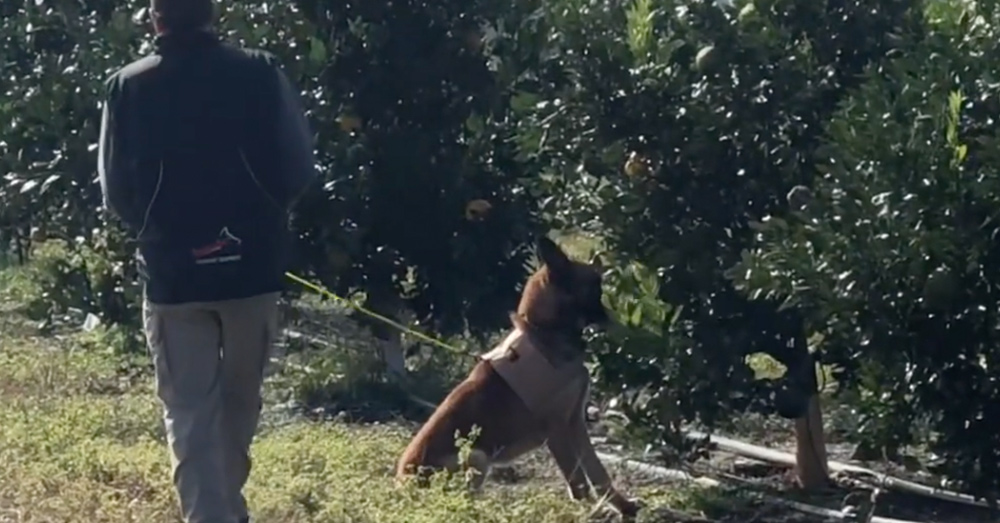 According to AgAlert, the Farm Bureau of Ventura County asked F1 K9 for HLB detecting dogs during the summer of 2019. Four of the dogs were brought out to the orchard.

“And they found it,” county Farm Bureau CEO John Krist said. “It wasn’t like they hit solid blocks of completely infected trees, but we had them run perimeters because that’s the most likely place that HLB will start when it reaches a grove.”

“We’ve known that it was out there, but we had no way of really finding it until we were able to bring the dogs out here,” Krist said. 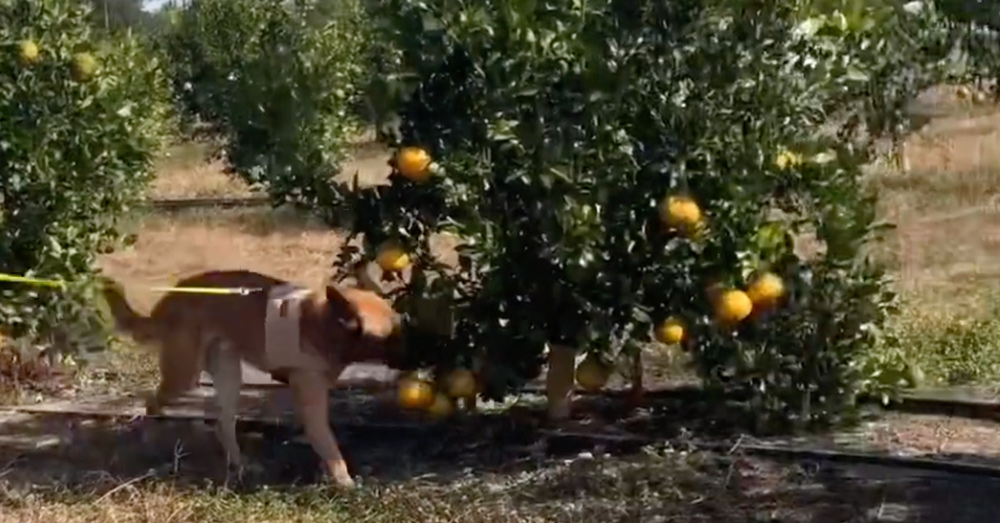 California’s citrus industry faces the same plight as that in Florida. In both states, small flying insects called psyllids land on the trees and feed on the fruit, depositing the HLB bacteria in return.

And, in both cases, dogs may be our only hope.