Rescuer from Stray Rescue of St. Louis stepped foot into an abandoned house that was literally crumbling around them. The paint was peeling off, the walls were falling apart and pieces were covering the floor.

There were dogs that were living in there in horrible conditions, and rescuers knew they had to help them and get them out of there as soon as possible if they wanted them to survive. The dogs had no source of comfort besides a dirty towel on the floor. They also had no food or water. 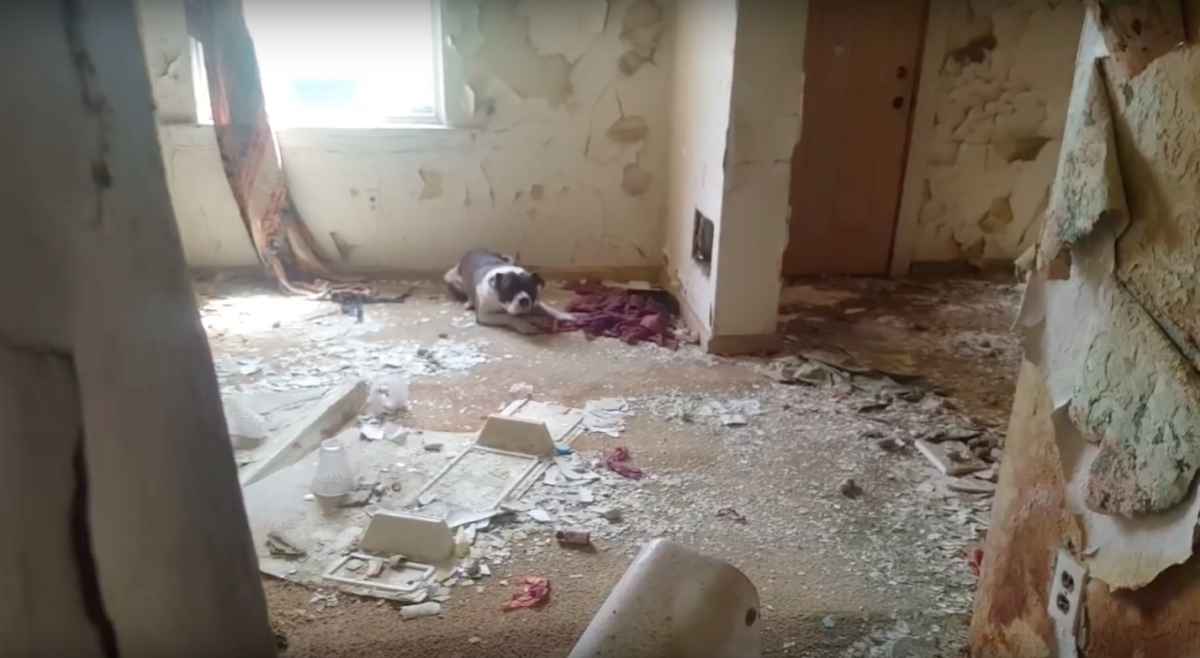 The first dog that rescuers spotted when they walked in was a male. They threw him some food and gently put the leash around him. He looked friendly, yet very scared, but he allowed them to bring him out of the house. He has probably been waiting for a moment like this for a long time!

The other dogs left in the house was a mama dog and her puppies. Rescuing them wasn’t as easy as it was to get the male out of there. As rescuers got closer to the puppies, the pups began crying and screeching. They wanted no part of it. They were probably so afraid since they had never had contact with humans before. 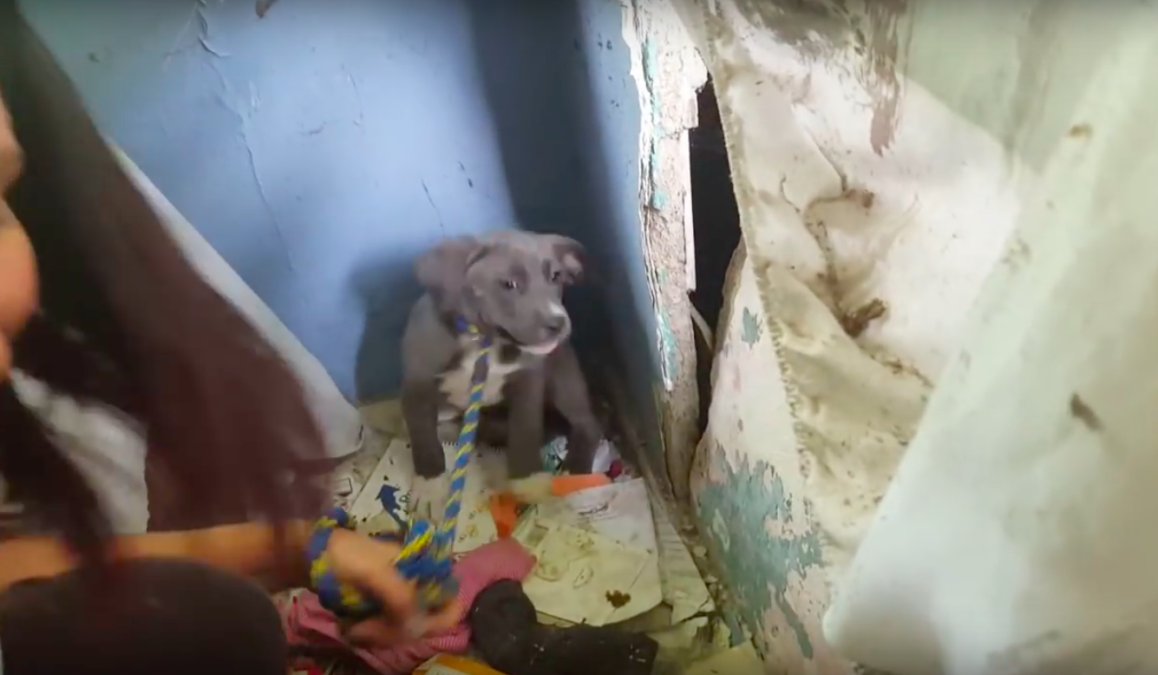 They finally were able to get one of the puppies into the car. Then they began searching for the others. They heard another puppy crying in the pitch-black basement. As they grabbed the puppy, the mama came from around the corner and started viciously barking at them. The poor dog thought they were hurting her babies, and she just wanted to protect them. Rescuers put a board up to protect themselves from the mama dog. 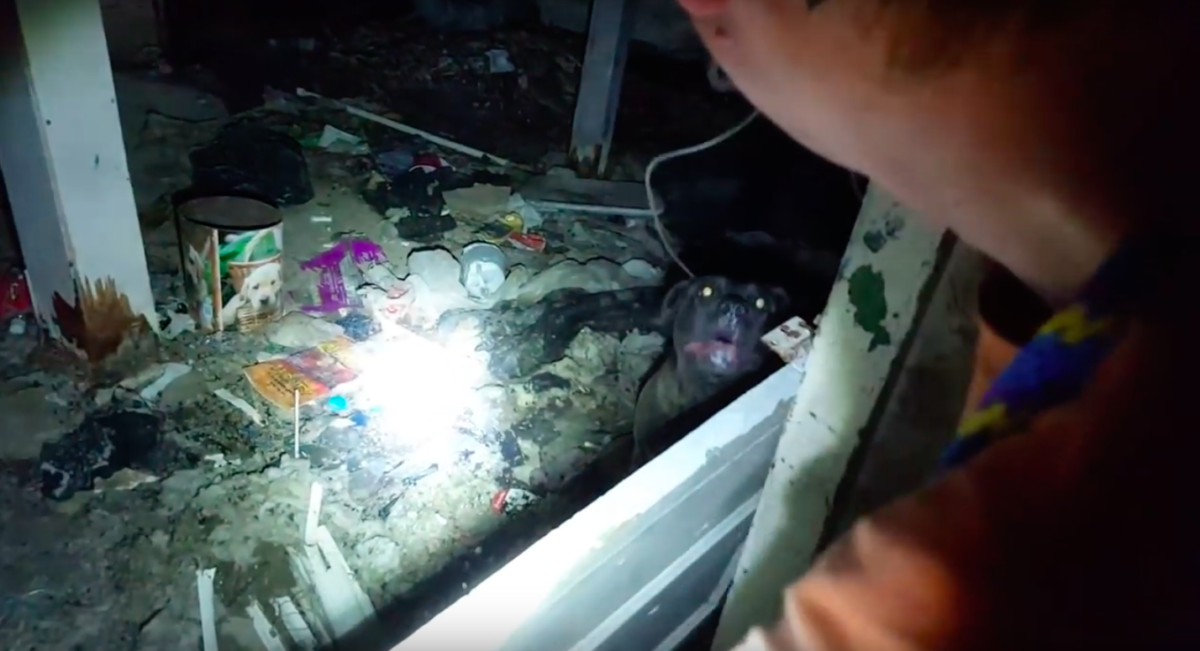 After two hours, they finally had the male and two puppies in the car. At the point, the mama dog was so exhausted from the whole ordeal, that she finally calmed down and then just walked right out of the house with the rescuers. I think she finally realized that they were there to help her, not hurt her. They went back into the house to double-check for more puppies, but thankfully they got all the dogs. 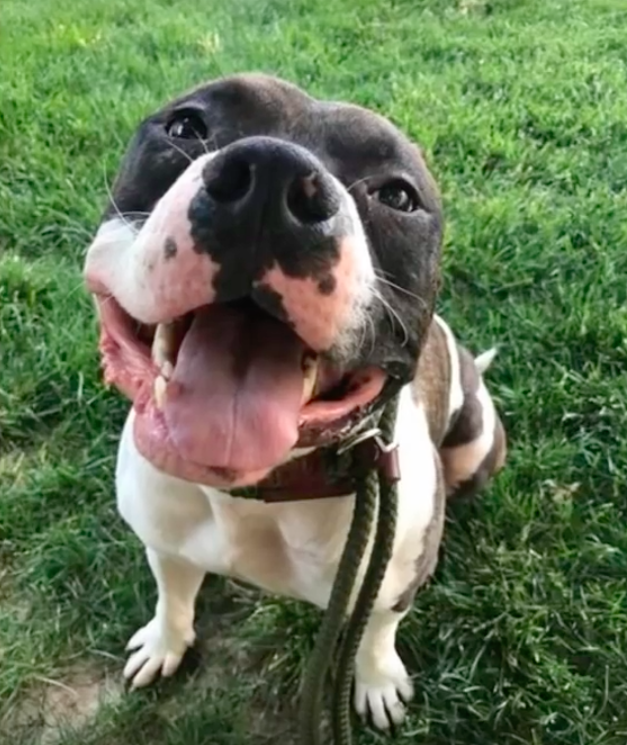 They named the family after characters from the show Home Improvement. The puppies, who they named Brad and Randy, are doing great. They were put into a foster home and are very friendly and playful. The male, Tim the Tool Man Taylor, has a very goofy, silly personality and loves to play as well. The mama dog, Jill, is very affectionate despite her mean barking during the rescue, and just wants to cuddle. 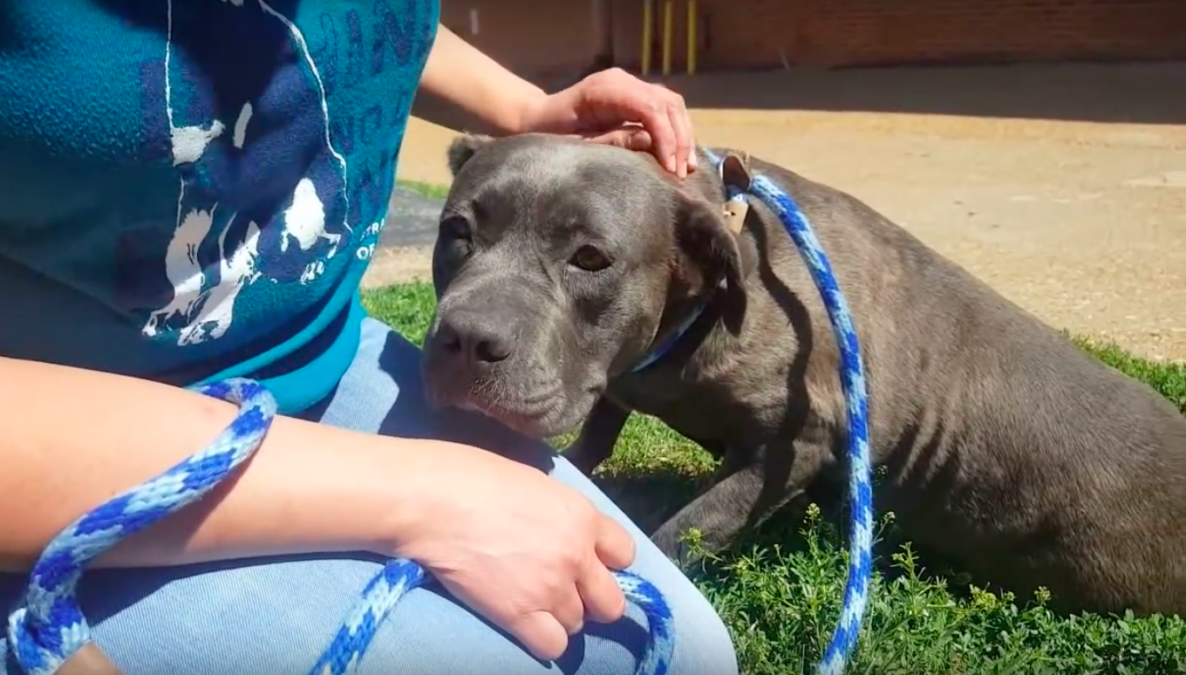 The male dog has found a forever home! Now Jill and her puppies are just waiting for theirs. If interested, visit strayrescue.org.