When police officers in Lakeville, Minnesota, received 16 911 calls in the span of 30 minutes, the authorities immediately assumed it had to be an emergency.

Their suspicions were further raised since the answered calls didn’t contain anything other than barking noises in the background – and they were all placed from the same number. The police immediately set off in response to the calls.

When the arrived at the caller’s home, police were unsure as to what to expect.

However, when they pulled up to the property, they found the home to be empty.

Confused, one of the officers, Michelle Roberts, reached out to the homeowners in order to gain access to the premises.

Turns out, the owners’ dogs had been left alone at home while they were at work. The dog’s owner had left a phone upstairs in his home office.

It happened to be that the phone’s screen was set to “emergency calls only,” so the dogs kept accidentally calling 911 as they played with the phone.

While calling 911 when it’s not an emergency can have its penalties, we’re pretty sure these canine cuties will get off scot-free.

But it did prove to be a valuable lesson for the owner, as well as hilarious stories for police officers to tell at work. 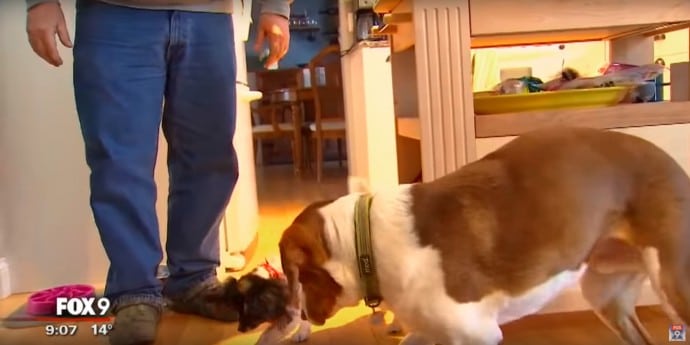