A mother woke up at 6 AM one morning and found her 15-month-old daughter roaming about the house freely. The little girl is not able to reach the doorknob so her mother began looking at the security footage to see what happened. That is when she discovered trouble times two.

Bleu and Colby are lovable golden retrievers that were thrilled to have a new human in their lives. As soon as she was old enough to walk, she became their partner in crime. The dogs realized quickly that she would give them a treat, even my mom and dad would refuse. They started thinking of a way to work that knowledge to their advantage. 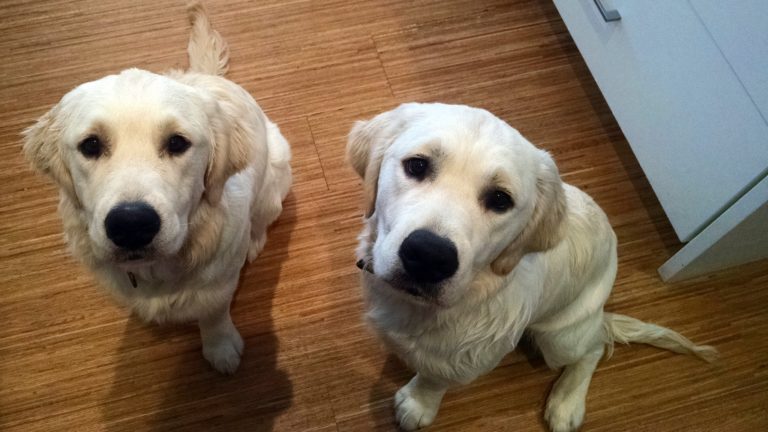 Typically, the dogs start barking outside of the parent’s room around 6 AM to let them know it’s time to eat. One day, they decided to try something different. The video showed both golden retrievers breaking into the little girl’s bedroom and convincing her it was time to go get some breakfast.

“They definitely knew what they were doing,” Mom told The Dodo. “They start getting really hungry around 6 a.m., and instead of barking outside our room, I think they figured they’d try the baby.” 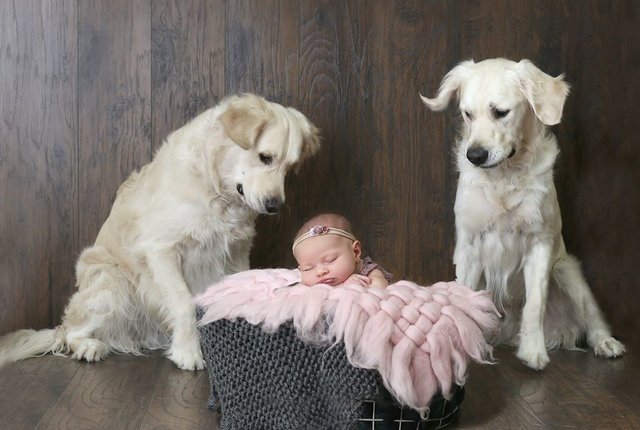 Our dogs sometimes are just far too smart!