Photographer Carmen Davailus has a passion for people living with dementia. She worked as a nurse for 40 years and cared for many aging people who suffered from memory loss. She’s even written a book about 13 families dealing with dementia and included photographs she took of those families in her book.

“There’s such a stigma, almost where people don’t even want to say out loud what the problem is,” says Carmen. “In fact, one of the families waited until my book came out saying that their mom had Alzheimer’s because they didn’t know how to tell their family, that they were afraid people wouldn’t want to be around anymore.” 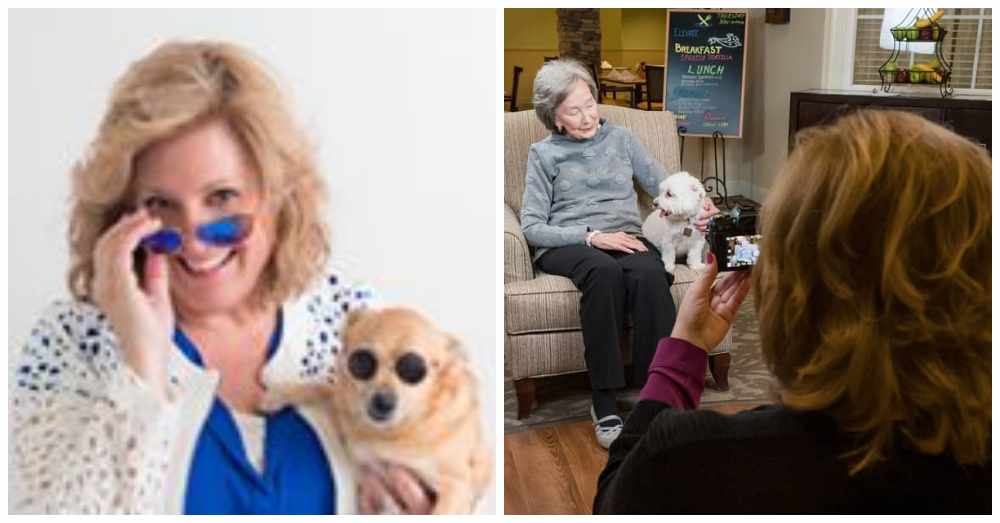 Carmen hopes that raising awareness for what these dementia patients are going through will help others become more invested in trying to cure dementia and take better care of the patients already suffering from it. So even though her book is finished, she continues to take photographs that showcase the daily lives of people with Alzheimer’s and other forms of dementia and post them to social media to increase awareness and support. 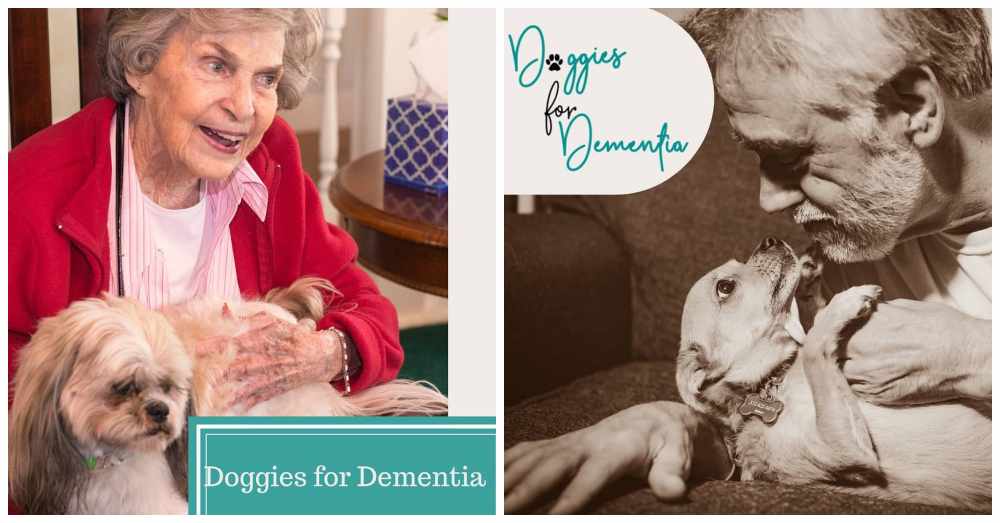 However, Carmen has run across a few stumbling blocks on the journey, one of which is that her subject matter can sometimes be unpleasant to people who don’t fully understand her work.

“People tell me they love my photos, but they’re hard to look at sometimes,” says Carmen. “Okay, what if we added a dog? Because people will scan [social media] and stop at pictures of dogs.” 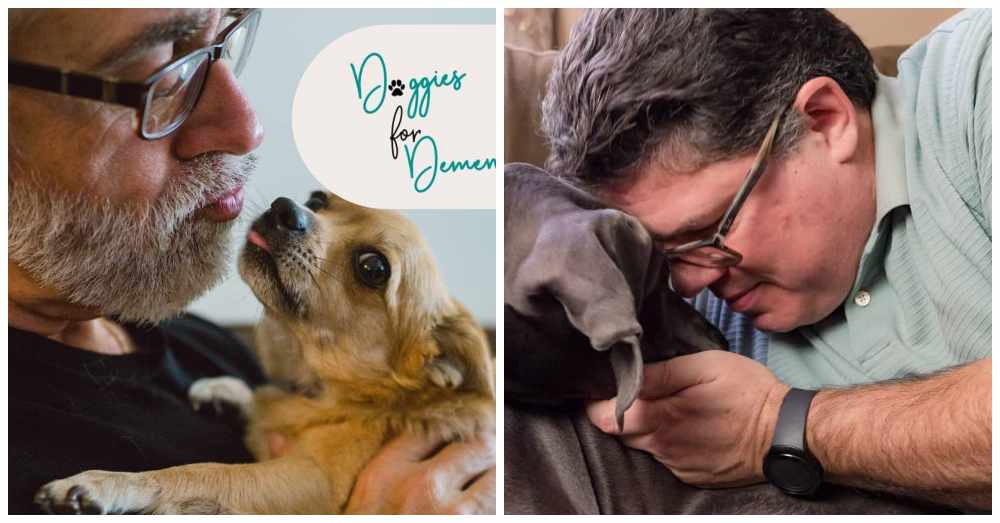 So “Doggies for Dementia,” was born. Now when Carmen snaps a photograph of a dementia patient, she makes sure to include a dog in the photo, as long as the person is okay with it. Her subjects (both human and canine) can sometimes be difficult to photograph, and the dementia patients are often confused about what’s going on, but for Carmen, it’s worth the effort it takes to get the perfect photo and show her subjects just how much she cares about them. She delights in spending time with some of the people who need it most during a difficult time in their lives. 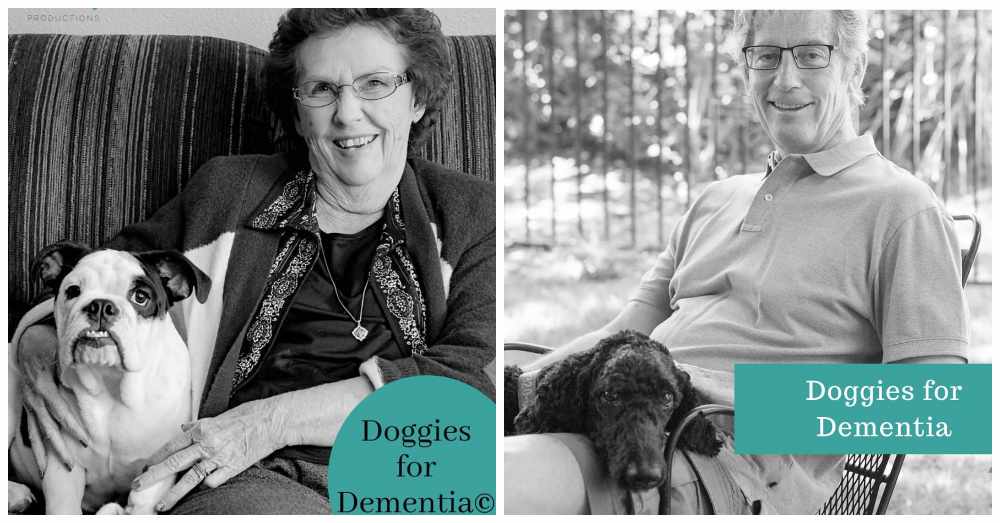 At the end of each photo shoot, the family is gifted with a set of images of their loved one that they can cherish forever. And Carmen is able to use the photographs for her own awareness-raising purposes as well.

With a dog in each photograph, people on social media are more likely to stop and take a closer look. It is Carmen’s goal to connect Facebook and Instagram users to real dementia sufferers in an effort to destigmatize the disease and rally community members to support people with dementia and research. 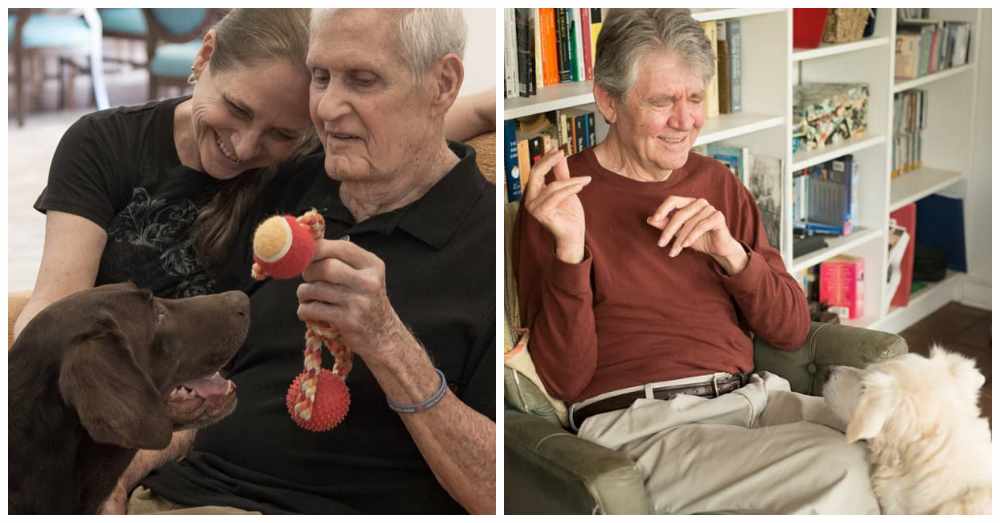 “There’s just so much we don’t know,” Carmen says. “And when we don’t know something, we get scared, and we wander away.”

Check out the video below to learn more about Carmen’s passion project and some of the beautiful elderly people she has highlighted in her photos.

“Restaurant Of Mistaken Orders” Only Staffs Waiters With Dementia To Raise Awareness: Click “Next” below!