Rescued From A Dog-Fighting Ring, She’s Now Teaming Up With Athletes To Put An End To Animal Abuse

Meadow, a 3-year-old American Staffordshire Terrier was stuffed in a box and thrown from a truck with life-threatening injuries. Her body was covered in scars, and she had bite wounds on both of her front legs, as well as the rest of her body. 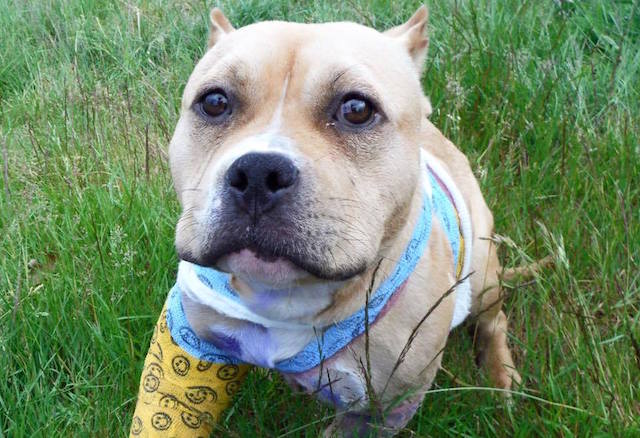 Meadow has since been rescued and her rough past is over, but her fight to end animal cruelty and get justice is not. And she is not alone. Meadow has teamed up with Seattle Seahawks linebacker K.J. Wright to end dogfighting. K.J., along with former teammate Jordan Babineaux and MMA fighter Matt Hume, is speaking out against this horrific act in a Public Service Announcement for Pasado’s Safe Haven, a non-profit organization whose goal is to end animal cruelty. 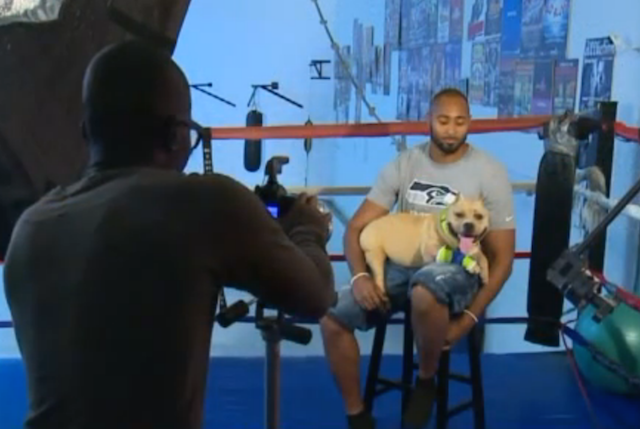 In the PSA, which has not yet been released, Meadow sits on K.J.’s lap while he speaks about the horrors of dogfighting and why it needs to end. “Dogfighting is not a sport. It’s animal cruelty, plain and simple,” he says. In the PSA, you can see a cast on Meadow’s leg, which reminds us all of the awful past that she has survived. 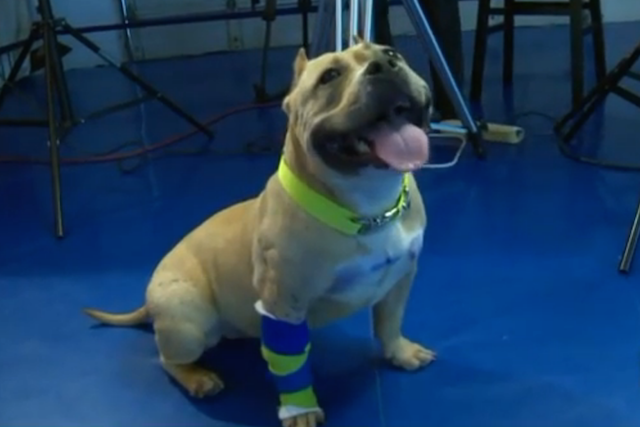 Putting an end to dogfighting is not the only thing that Pasado’s Safe Haven hopes to come from this video; they also hope it’ll bring Meadow’s abusers to justice. They are offering a $2,500 reward to anyone who can help identify the “tall white man with a mustache and camouflage pants” who threw her from his black pickup truck on June 9th in Washington. 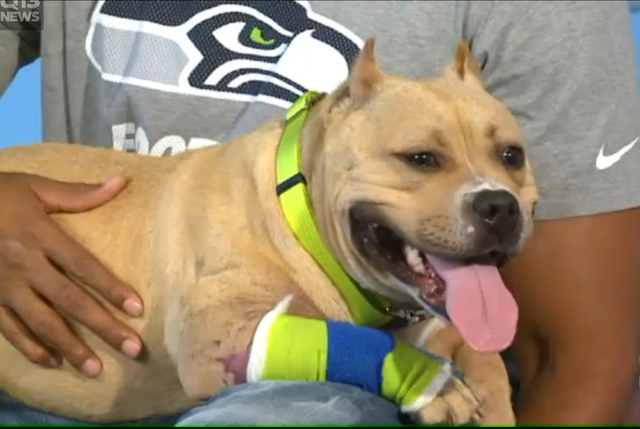 Watch their PSA in the video below: