“Dog years” is a concept that most pet owners are already familiar with. It is the only way that we can put the age of our pets into proper context. The concept is a pretty simple one: each human year is roughly equivalent to seven “dog years”. This is what we have been going by for years now and it seemed to serve as well. Now, new scientific advancements have been made.

Of course, there have always been those who view this system as being arbitrary in nature. That’s because it essentially is. Wouldn’t you like to have access to information that is a bit more exact? Researchers from the University of California at San Diego have decided to delve into this matter. The preprint server bioRxiv is responsible for publishing the paper.

DNA methylation serves as an aging indicator and those who have studied this process before are already well aware. Methyl groups were measured as the animal ages. As these groups attach themselves to DNA, it becomes easier for scientists to have a more accurate depiction of the aging process. The attachment process also tends to speed up as a dog grows older. 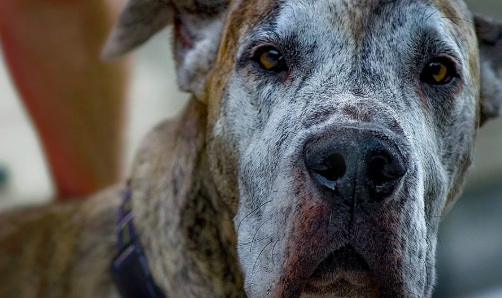 So how can we more accurately determine a dog’s true age now? For starters, older dogs showed more rapid signs of aging (as most would expect). As it turns out, the seven years method did not do the dog justice. In fact, this study shows that the dog’s age must be multiplied in a whole new way. The natural logarithm has to be multiplied by 16.

From there, 31 is added. If your dog is 2 years old, they are not actually 14. This means that they are 42! Your young dog should already be in the process of saving for retirement in these instances. The formula in question may not be an exact science, though. As any dog owner knows, different breeds of dog are always going to age in varying manners.

For the purposes of this study, only Labradors were analyzed. In the future, we hope that these scientists can come up with something a bit more exact. We need to know exactly how many candles we need to put on our dog’s birthday cake, dang it. If we come across any more information about other dog breeds and the proper ways to measure their aging process, we are going to be sure to pass it along as soon as possible. In the meantime? Share away!

You can use the calculator here.