We all like to think of our dogs as unique and special. But for dog owner Emily Beaston, it turned out that her dog Floyd did indeed possess a trait that made him quite unique from other dogs. However, she didn’t realize it at all – until her boyfriend pointed it out after taking a picture of the dog and posting it to his Facebook.

Someone on his friend list ended up leaving a comment on the photo, noting that the way the 180-pound Great Dane’s ear was sitting, gave off the illusion that he had a mirror-image of his very own face.

Once other people caught on to the “optical illusion,” Floyd’s picture spread across social media like wildfire. So many people were intrigued by Floyd’s ear mini-me. The photo was even posted onto Reddit. There, the image received more than 67,000 likes as well as hundreds of comments.

Most of the comments were from people that were completely in awe of how the dog’s ear markings made it look like he had another face. However, there were some people commenting that they were still unable to see what all the fuss was about. As a result, someone uploaded an Imgur image that had an outline around the “face” so people could finally see what was being talked about.

My dog’s ear looks like his own face. from mildlyinteresting

Floyd’s ear illusion definitely helped to bring some extra attention to his Instagram page where the adorable pooch is somewhat of an “influencer.” Still, when he’s not being a star for his adoring fans, Floyd loves to curl up on his blanket while also cuddling with his owner. 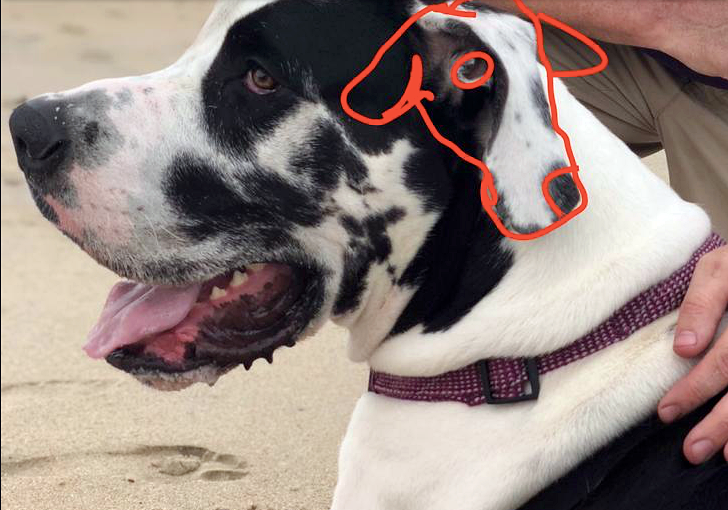 He’s got plenty of followers on Instagram, so if you want to keep up on his daily adventures, do!