Friends can be found anywhere you look – even amongst those who are supposed to be adversaries. Originally, the golden retriever dog was bred for the purpose of helping hunters retrieve their ducks and other waterfowl. However, for one little Goldie named McGee, his relationship with ducks is much different.

The six-year-old pup definitely has a different perspective and doesn’t have any interest in the whole hunter/prey dynamic. Instead, he is happier being friends with ducks. In fact, McGee is besties with a duck who lives behind his house. 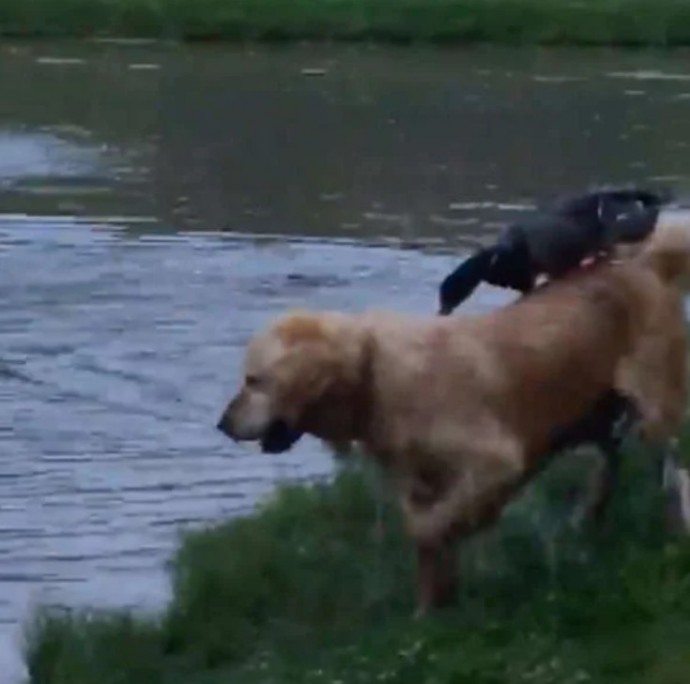 The duck, who lives in a pond at the back of the house, was the one who struck up the friendship with McGee. His owner gave the duck the nickname of Daffy after noticing that the duck was insistent on becoming friends with McGee. The waterbird bravely approached McGee and from there, the friendship just sort of blossomed.

McGee’s owner, Evan Hastings, believes that Daffy’s motivation was pure loneliness. When he saw McGee, he figured that he’d be a fun friend to have. And the duck was right. McGee is a very affectionate dog and the two have been inseparable since. They spent the majority of their time together.

The two even share a routine. They start their mornings off together by McGee allowing Daffy to mooch off his breakfast. Following that, the two then move to the grass where they cuddle up and nap. The duck often likes to take his favorite napping spot right on top of McGee’s back. Daffy even likes to get a free ride off McGee when the two of them go for a swim in the pond. 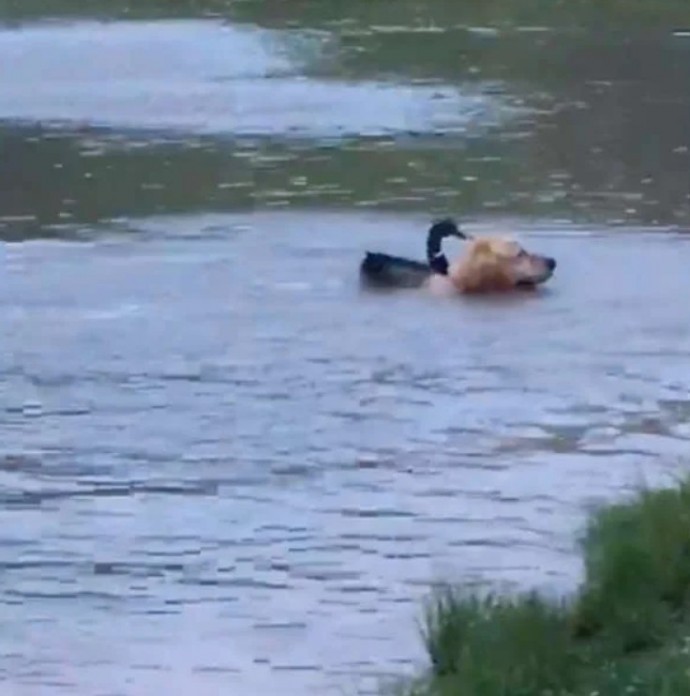 While the duck might be a little clingy, McGee doesn’t seem to care. Hastings thinks that occasionally the pup gets a little irked, but overall he takes it in stride. Occasionally little Daffy will get a bit playful and peck at him. But the gentle Goldie has a great amount of patience for the duck. Perhaps the pooch is just happy his friend is enjoying himself.