If there is one thing that we realize about dogs, it’s the fact that they are undeniably loyal. Sure, they have some goofy moments at times but you can’t deny that there is no creature that displays this type of loyalty. As it turns out, loyalty is not only to their owners, it is to their home.

This fact was beautifully illustrated in the case of a four-year-old Golden lab named Cleo. She lives in the town of Olathe, but on July 12, she disappeared. It took a few days but she was back on the front porch of her owner’s previous home, which was 50 miles away in a different state.

After moving to Lawson, Missouri two years ago, Colton Michael and his wife Britney came home to a surprise. Upon arriving, they saw a dog sitting on the front porch and Britney asked, “Where did the dog come from?”

When Cleo first saw Michael and Brittany, she wouldn’t let them near her. Colton later spoke to KMBC, a local news station and said: “She finds her way home, and there’s some strangers living in it. That would be scary for anybody.” 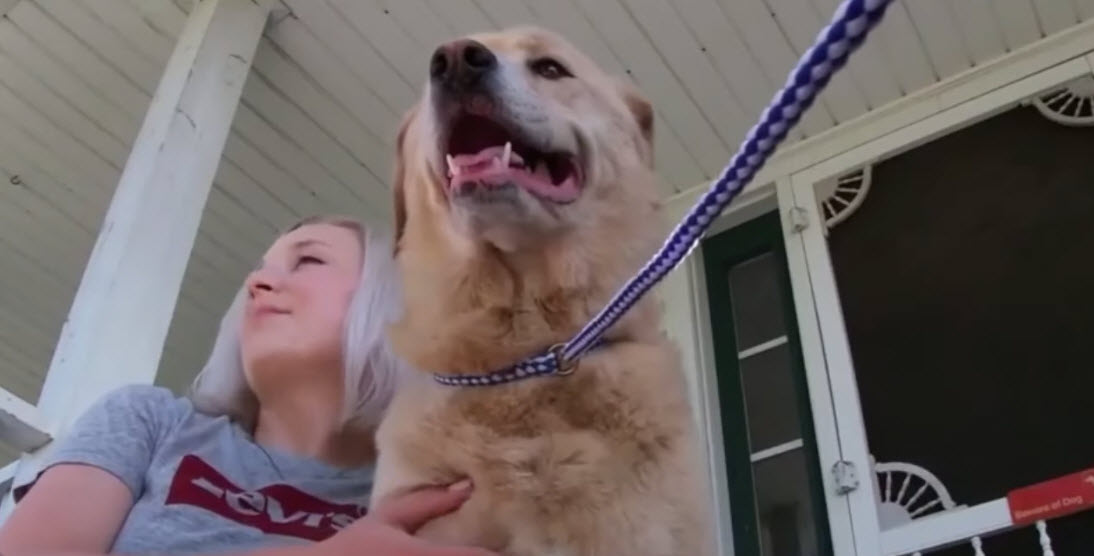 It took some time for Cleo to calm down, but eventually, she was able to be scanned for a microchip. After finding the family’s information, they were able to get the dog back to the former owner. They also found out that she was the previous occupant of that house. “That’s the people that used to live here,” Britney immediately said.

Drew was in shock, wondering how Cleo could walk all that distance safely. He went on to say that she was “everything to us and to my mother.”

Overall, Cleo walked about 57 miles. When you really stop to think about it, that’s a long distance to walk for anyone, especially for a dog. She managed to find her way, perhaps even crossing roads and rivers during her journey.

Drew admits that it is still a mystery and something that we may never know, but, suffice to say, they are happy that she is home safe and sound. In his words, “It just feels really good to be reunited with her.”

In addition, they know who to call if she ever goes missing again.