What’s the oldest thing your dog has ever sniffed at on a walk? For Jon Gopsill, it’s a 65-million-year-old ichthyosaur.

The discovery was made when Gopsill, 54, was walking his dogs Poppy and Sam on the coast of Somerset, England.

“I often go to the beach walking with my dogs and when the tide goes out we go out to the rocks because they like playing there,” he told the Telegraph. 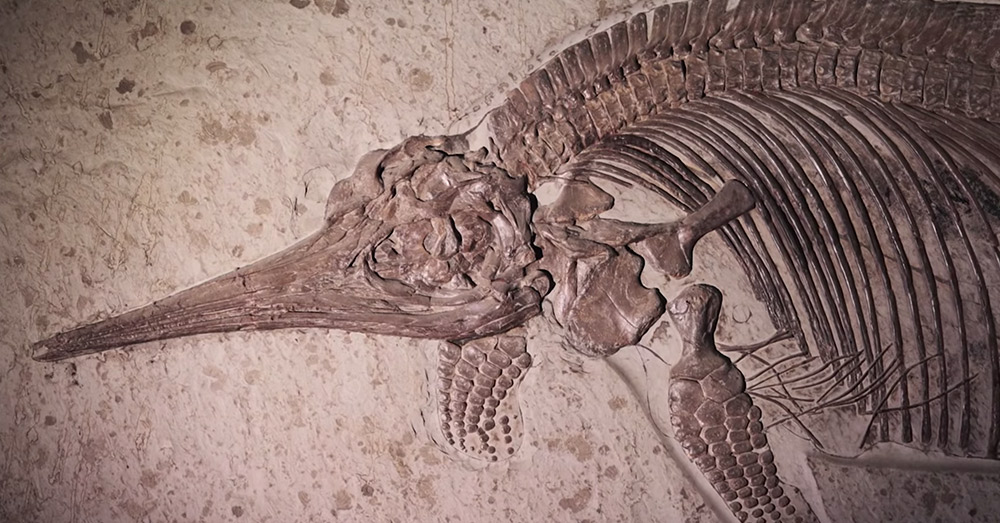 Source: YouTube/National Geographic
Jon Gopsill found the fossilized remains of an ichthyosaur on a walk with his dogs.

Gopsill, himself an amateur fossil hunter, had previously found several fossilized ammonites in the area. Rocks from the Jurassic and Triassic periods and later can be found throughout Somerset. Recent storms coupled with low tide had exposed even more rocks along the coast, so Gipson thought to keep his eyes peeled for anything unusual.

“We were at the beach when I saw this thing and thought ‘what’s that?’ so I went a bit closer and thought ‘wow,'” he told the Telegraph. “I thought it was obviously a fossilized sea creature, possibly an ichthyosaur. It doesn’t have a head, I have look around but I can’t find it. It has been there for at least 65 million years.” 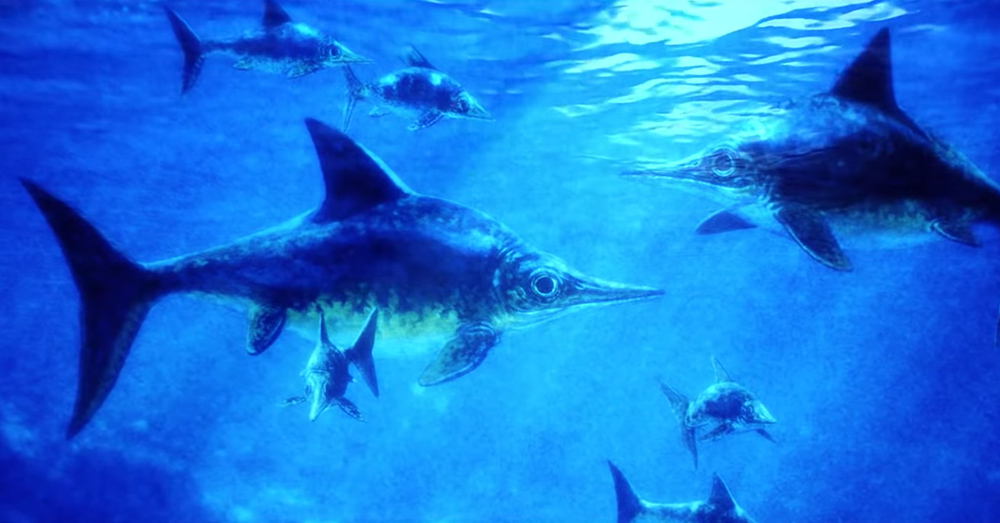 Source: YouTube/National Geographic
Ichthyosaurs once swam in the waters off what is now the UK.

Gopsill said he could tell the specimen was fit for a museum. The bones seemed very well preserved.

“As soon as I saw it I knew I found something special,” he said. “I was just blown away to see it there. It really is incredible that is has survived for such a long time and is now just there for everyone to see.” 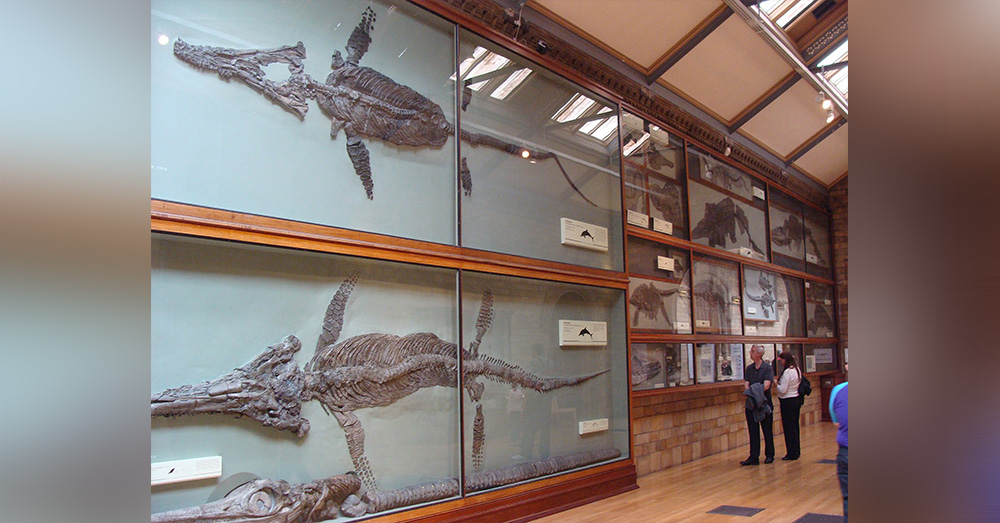 Source: Wikimedia Commons
The last ichthyosaur bones found in Somerset belonged to a creature that was 85 feet long.

Gopsill’s fossil isn’t the only one that’s been unearthed in Somerset in recent years. In 2018, the jawbone of an 85-foot-long ichthyosaur was also discovered, thought to be more than three times older than Gopsill’s find. 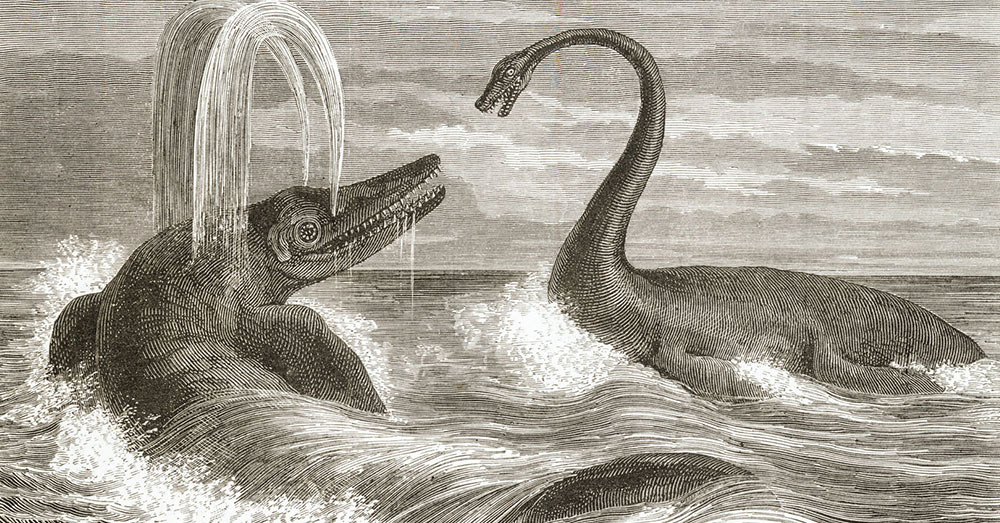 Last year, part of the lower jaw of a 85-foot ichthyosaur was found in the Somerset village of Lilstock, thought to be 235 to 200 million years old.

Learn more about ichthyosaurs in the video below.

Woman Wrangles 17 Cats And Dogs Into Perfect Position For Family Photo: Click “Next” below!