A heartwarming story about a devoted dog who refused to leave a Turkish hospital where her owner was being treated is going viral.

The white dog named Boncuk, meaning bead, chased after the ambulance transporting her sick owner, Cemal Senturk, to a hospital in northern Turkey.

She patiently waited outside the hospital for six days, but never went inside. She would simply poke her head inside the door every time it opened. 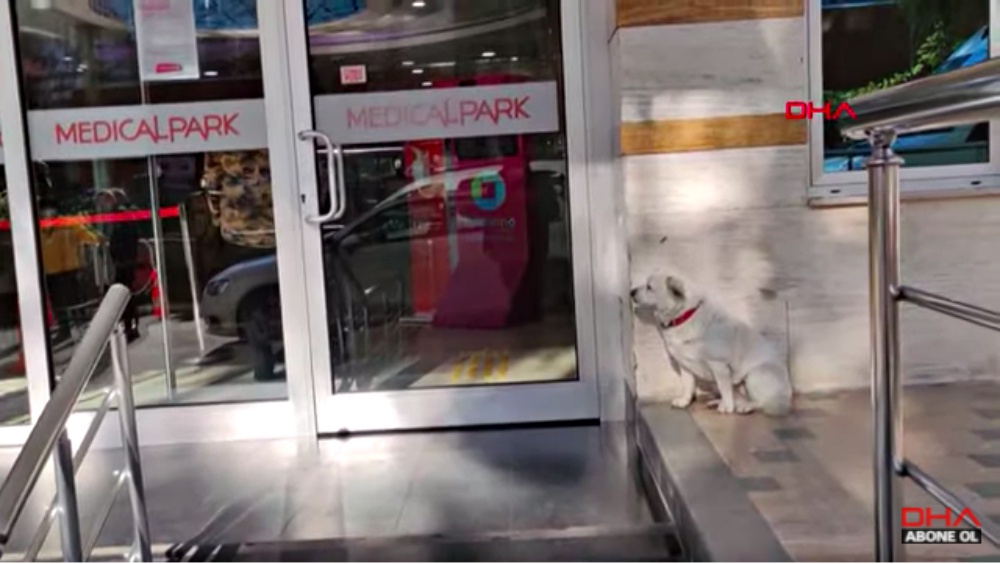 Senturk’s daughter, Aynur Egeli, tried to take the dog home but she kept escaping and running back to the hospital.

Hospital security guard Muhammet Akdeniz told DHA: “She comes every day around 9 a.m. and waits until nightfall. She doesn’t go in.” 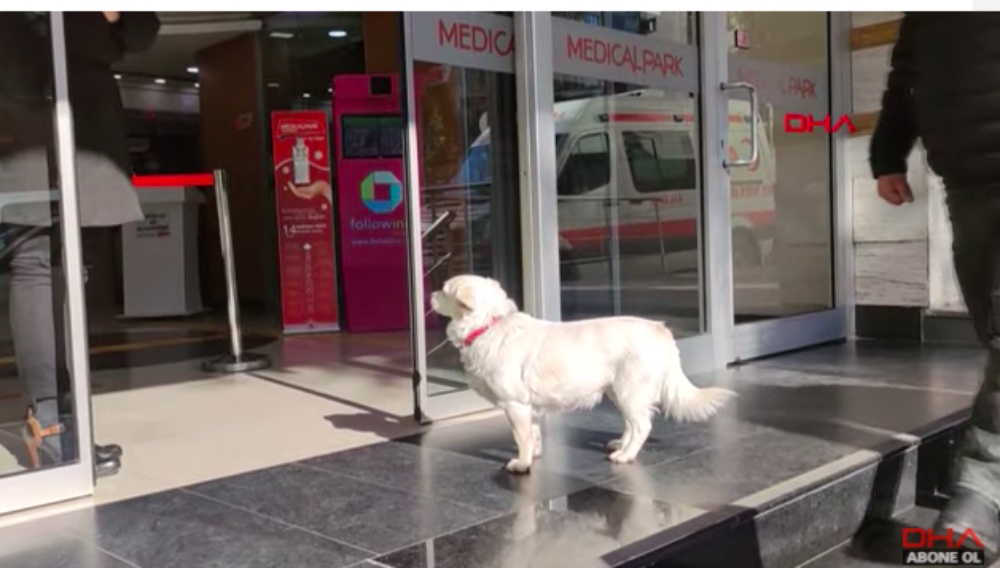 She would take naps in the sun while she waited, but every time the door opened she looked to see if it was her dad.

Finally, Senturk was brought out in wheelchair and reunited with his beloved dog. Boncuk’s tail never stopped wagging as she greeted her dad. He said, “She’s very used to me. And I miss her, too, constantly.”

He was discharged later that day and is now at home resting with Boncuk. 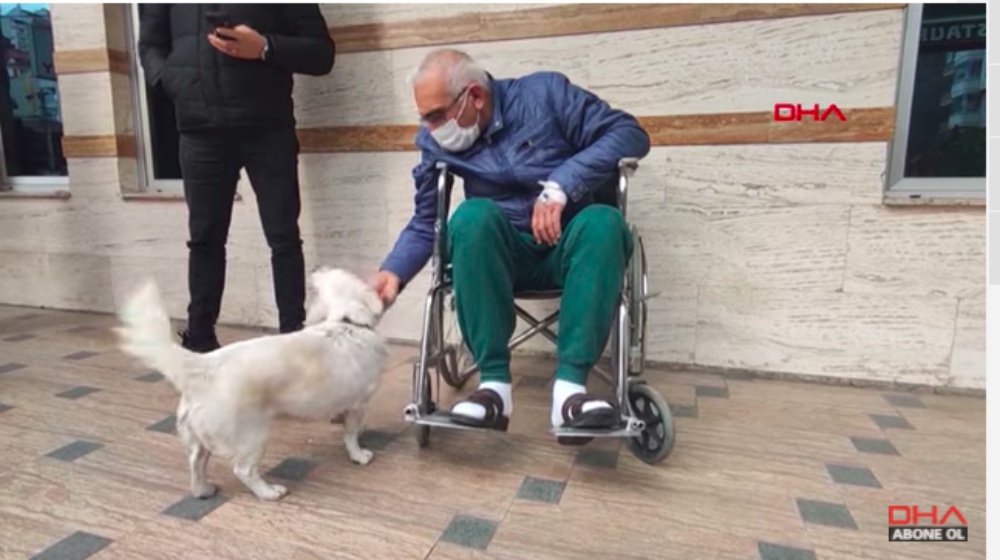 Boncuk is obviously Senturk’s best friend and their bond is melting hearts around the world. This story reminds us just how loyal dogs are.

Be sure to share this with your friends and family.

Watch their reunion in the video below.