Summer can bring some sweltering heat, especially lately. When we’re looking for a little relief from the high temperatures, we’ll give just about anything a go. Whether it’s running through sprinklers like we’ve forgotten we’re adults, covering ourselves in ice packs, or jumping into a pool, we’re pretty excited to cool off. One French bulldog took that excitement to an entirely new level.

Jude, an internet famous pup with nearly 30,000 Instagram followers, was so excited when his owner filled up a wading pool that he wasn’t sure what to do first. After a hot day, we can all probably relate to his elation.

In a viral video that’s been entertaining people for some time, Jude’s owner showed him the cool, inviting pool and told him to get in. He would eventually get in the water, but not before getting all of his excitement out. At first, he took off with an energetic sprint. He ran laps in anticipation around the pool, letting his feet touch the water briefly as he passed through it.

One sprint wasn’t enough for Jude, though. How could it be, when he was so excited to cool off?! This energetic run and brief pool entrance happened several times before he could calm down enough to stay in the water. 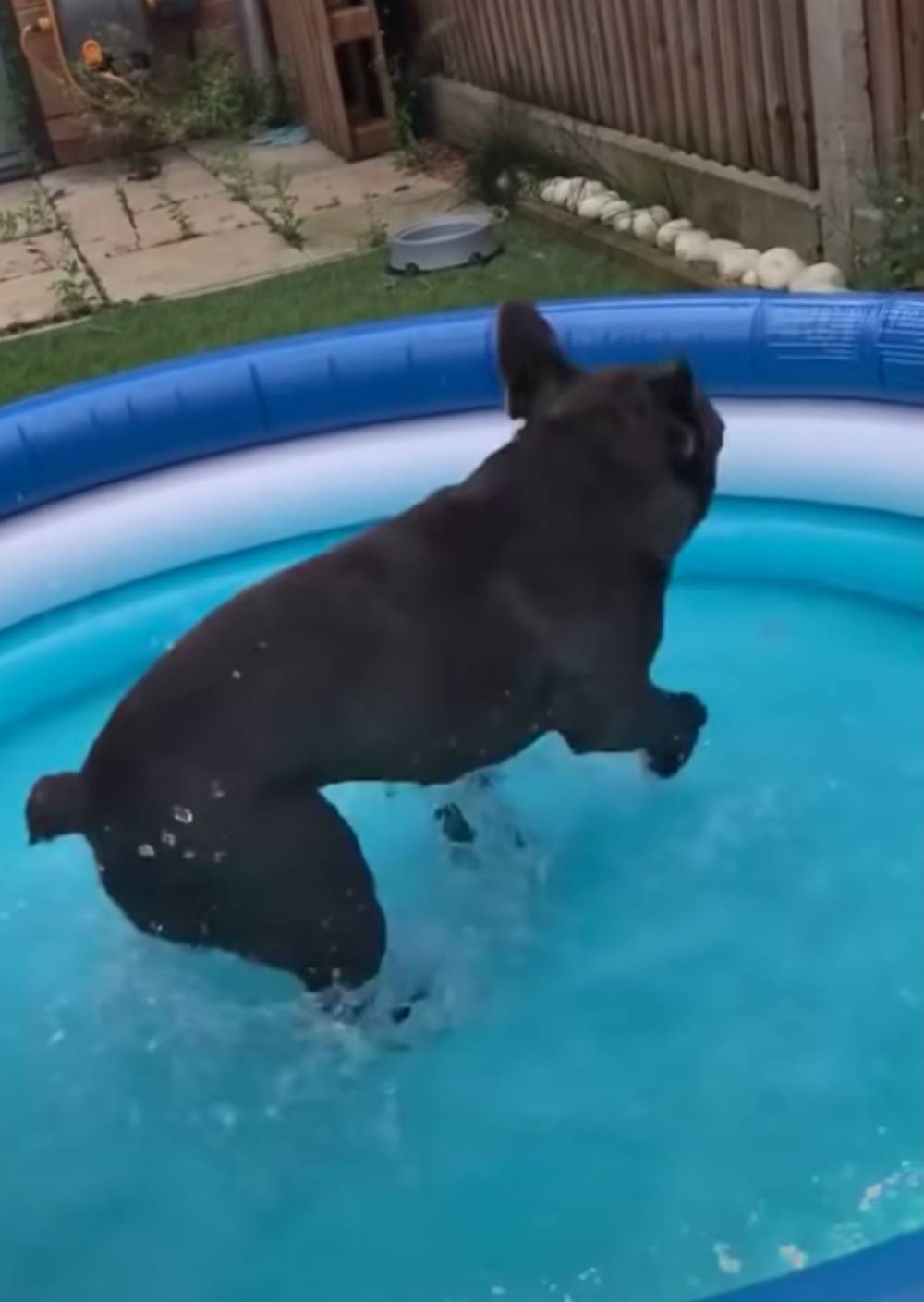 When he finally stepped and stayed in, he had lots to get done. First, he made sure he drank a few gulps. He had to rehydrate after his run, after all. Then those little legs got to work again inside the pool, dashing from one side to the other. He was obviously pretty pumped up to be in there.

He gulped down a few more mouthfuls and enjoyed the water for a touch longer before he excitedly got back to his pool laps. Most people do laps *inside* the pool, but Jude has his own way of doing things. He thinks outside the box… and the pool.

To see Jude’s hot day shenanigans, check out the video below. And don’t forget to share!

Michelle has a journalism degree and has spent more than seven years working in broadcast news. She's also been known to write some silly stuff for humor websites. When she's not writing, she's probably getting lost in nature, with a fully-stocked backpack, of course.
Whizzco for FAP
$75M