Dog is a man’s or little boy’s best friend. Just like a true friend, dogs are always there to help a friend in need. An adorable yellow lab was watching his best friend struggle with a Mario piñata, so he stepped in to help.

At what seems to be a birthday celebration, a little boy is trying his hardest to break open a piñata with a wooden stick. The candy-filled Mario is dangling from a string as the little boy uses all his strength to break it open. After multiple efforts, and making little progress, his faithful dog decides that he needs to help. 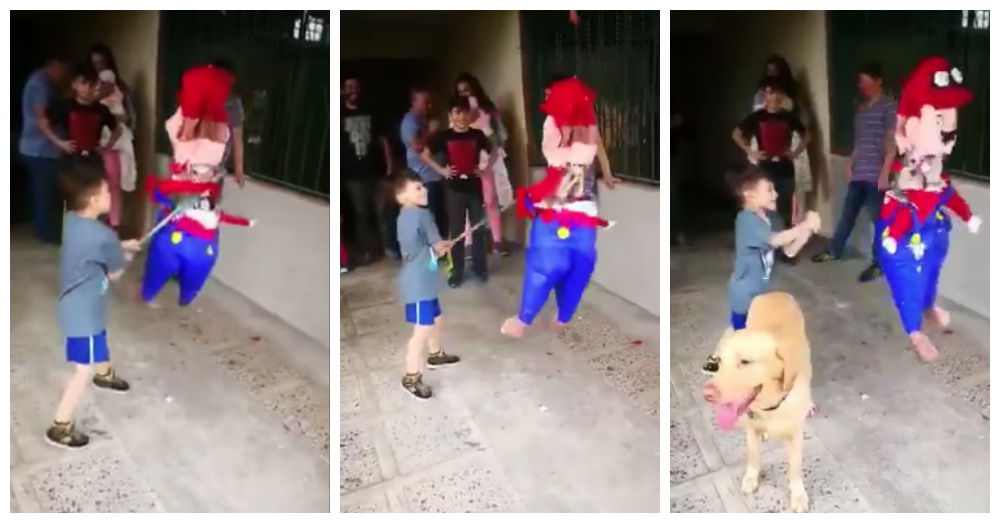 The yellow lab is seen in the video wagging his tail and circling the piñata as his little pal tries to break it open. Once the dog realizes that the goal is to tear Mario in half, he steps in for a try. It only takes a firm grasp with the jaws onto one of legs, and a few shakes of the head for the piñata to tear open. 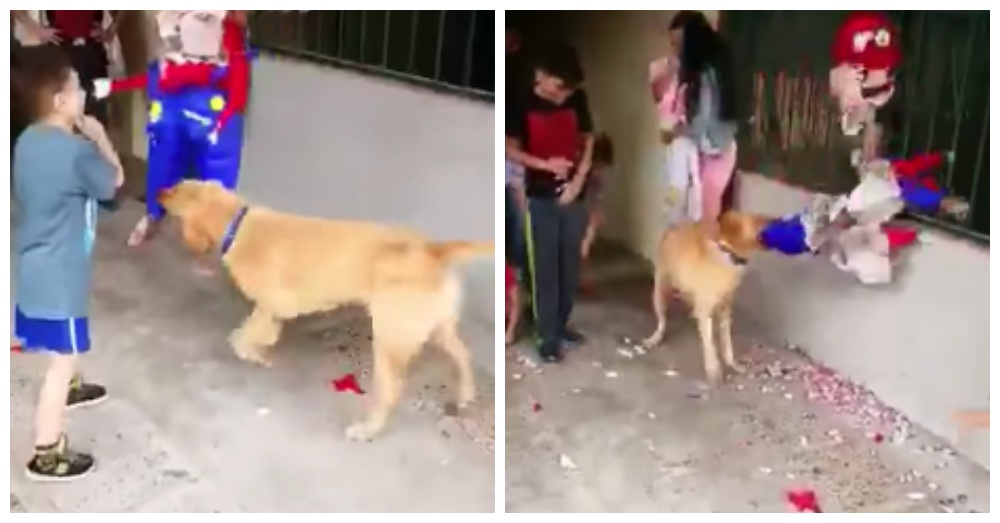 The hilarious video captured the moment that the dog rips the piñata open and spills the candy everywhere. Everyone cheers and runs in to collect the candy, but the dog is having too much fun to let go of the piñata. Maybe the dog was encouraged by the laughter to continue, but either way he made sure that all the candy was out.

The video went viral with over 6.9 million views and over 100,000 shares. It is guaranteed to make your day. Dogs are the best!

Watch the hilarious video below.