Deuce the puppy is a little dog that is missing his two front legs, but that doesn’t seem to slow him down.

He manages to get around on his own, and he loves to play without dogs. Since Deuce hops from place to place, he wears a little sweater to help protect his chest. 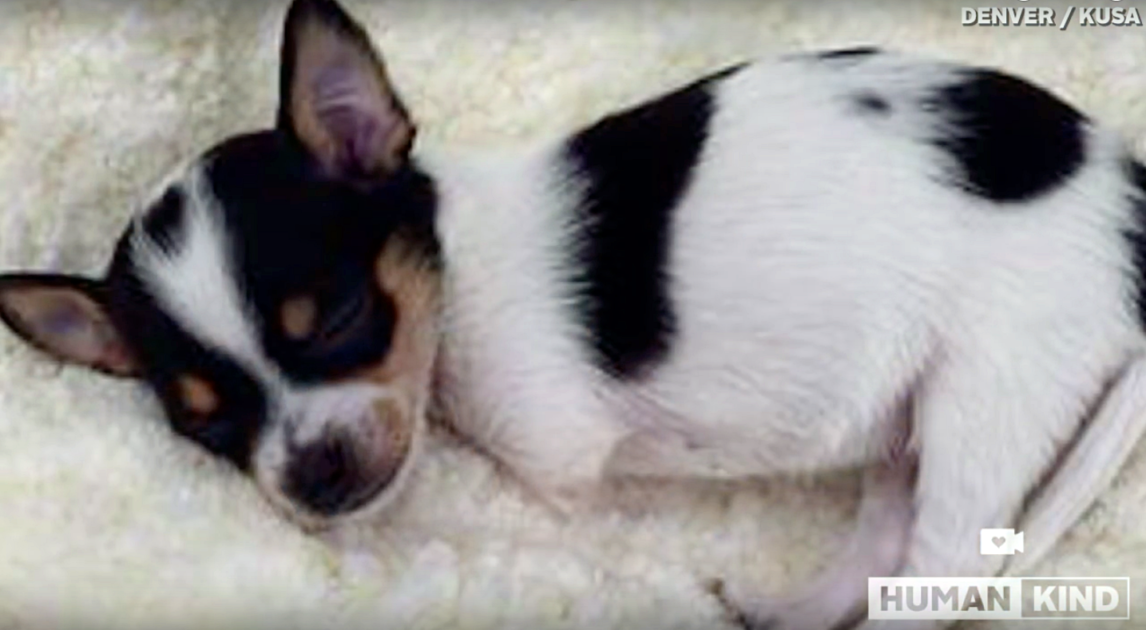 However, it wasn’t always happy days. Deuce’s previous owners had brought him to a Texas animal shelter in order to be euthanized – all because he was missing his two front legs. They didn’t even want to give him a chance! Luckily for Deuce was rescued by the Evergreen Animal Protective League.

Founders of Colorado Comfort Canines, Melissa and Ken Rogers, decided that they were going to add Deuce to the family and adopted him. 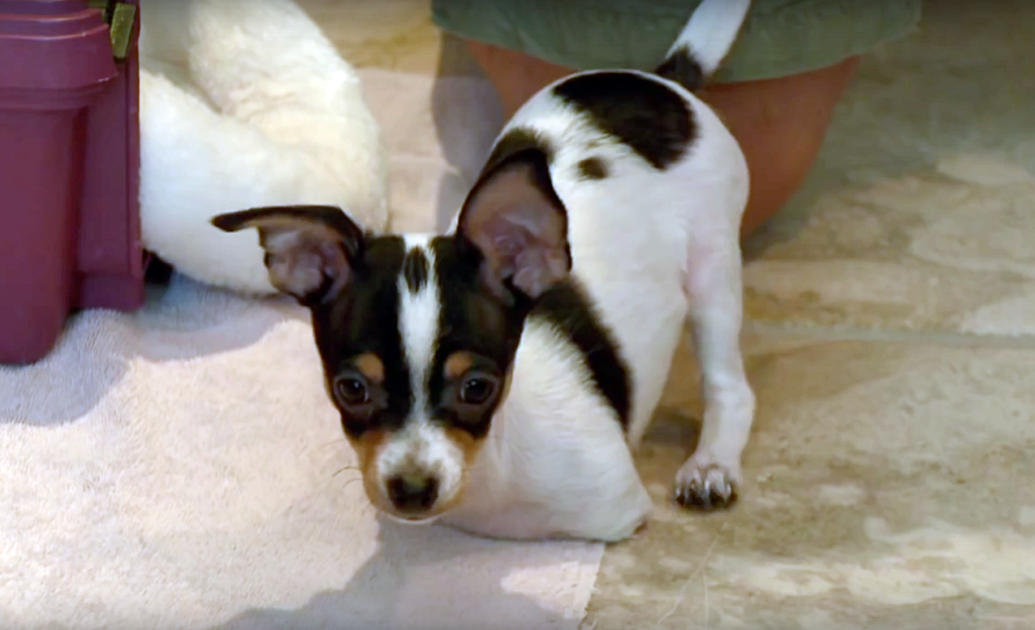 The Rogers already has a ten-year-old dog of their own who’s name is KanDu and is missing his front paws.

“Most often, dogs like these don’t make it out of wherever they were born. They just get put down, they get ignored and they don’t get adopted,” Rogers said. 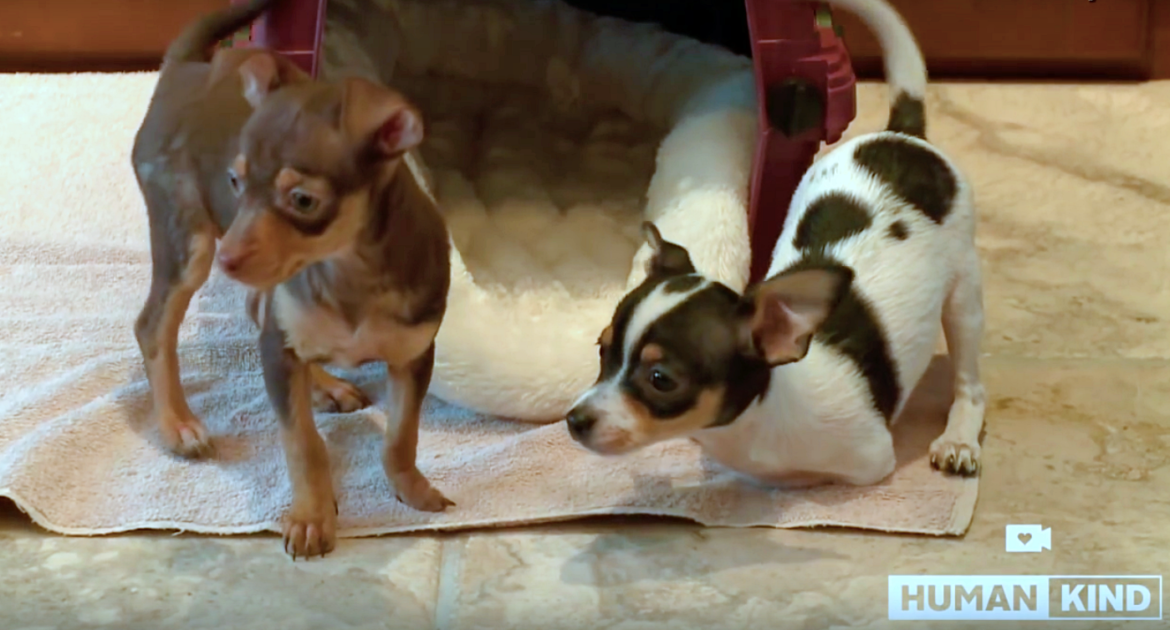 Besides the Rogers, there were actually a lot of people who were willing to give Deuce a chance. But the Rogers were the lucky ones to get him. Deuce has proved to everyone that he’s well worth the chance they took – fitting in nicely to his new family and thriving on all their love and affection. 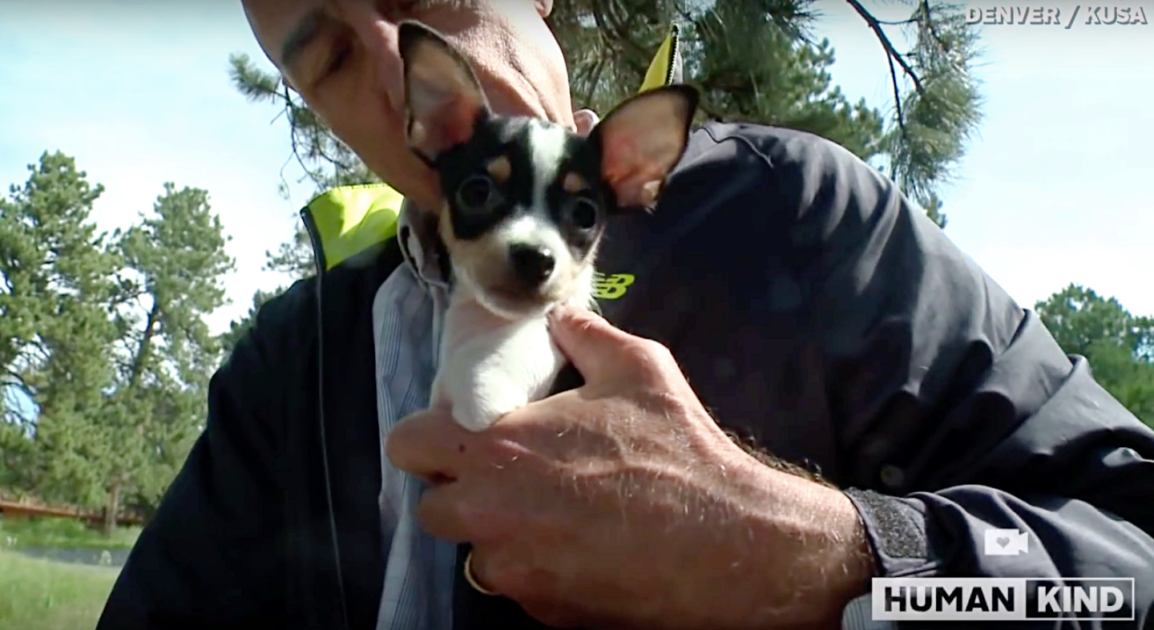 Since adoption, little Deuce has even gotten fitted with his own custom wheelchair.

So happy to hear that Deuce is going to be living his best life.