Dogs are so adorable when they discover something interesting. And one precious pup was filmed discovering that she held the power to control light with the touch of her nose! The wholesome discovery was filmed on camera, and we can’t help but chuckle at how cute the pooch is when she going on a power trip with the light.

It’s particularly cute when you stop and think about how foreign this concept must be to dogs. They don’t understand what lamps are or how they work, so it must be magical to them to see humans turning them on and off – and it must be even more exciting for them to figure out how to do the same thing.

And for Slug, a precious pup based in Cornwall, England, she was beside herself when she realized that she had the power to control electricity with the push of her nose tip. So cute! And what was even better is that she couldn’t contain her joy.

It’s too cute not to watch – check it out below:

Much like the urban myth of Ben Franklin discovering electricity by accident, Slug also made her discovery quite by accident while chasing a fly. Slug had noticed the insect buzzing about the house. Her owner, Natalie Hart, noticed the chase and began to watch.

Slug was trying her best to catch the elusive fly which had landed on the touch lamp. Slug made a calculated move to try to snag it, however, she was plunged into darkness the moment that she tapped the lamp. The baffled dog let out a bark before she touched the lamp again. BAM! And then there was light again. 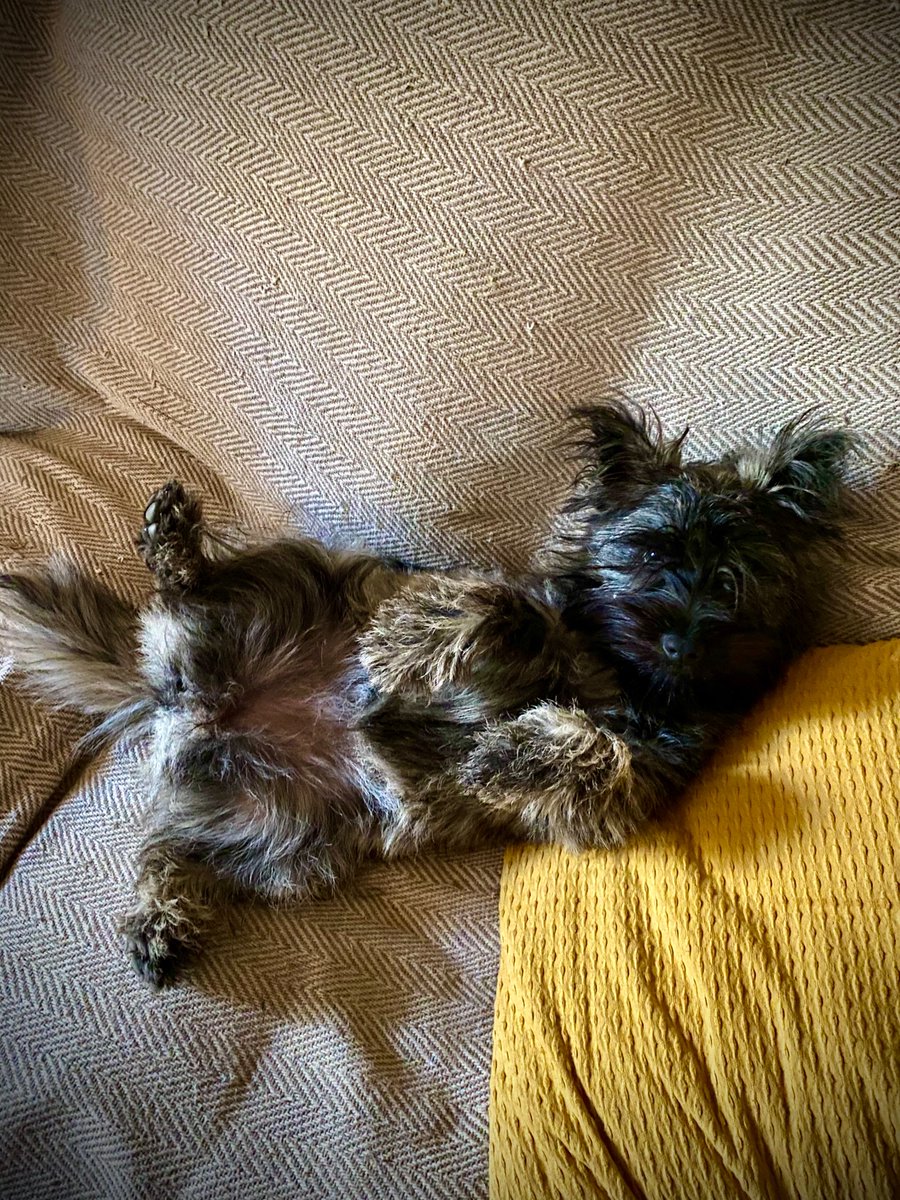 The little pup looked back at her owner, still baffled by what had just happened. She clearly wanted someone to explain to her what was going on. Regardless of any lingering confusion, the dog was enjoying her newfound power. And she wasn’t shy about going back for more experimentations.

Natalie ended up sharing the video to her Twitter, captioning it, “Slug is now using the touch lamp. How’s your evening going?”

As Natalie later shared to The Dodo, Slug completely forgot about the fly that she’d been pursuing, and instead figured that she’d spend the rest of her evening playing with the light switch. The pup, who normally likes to climb into flowerpots, has a way of “brightening” up her owner’s day, as she describes it.

Even though Slug found a new form of entertainment, there was only so much on and off lightening that Natalie could take before she felt the amusement wear off. It soon became clear that she’d have to possibly move the lamp to another location out of reach if Slug goes a little too wild with the touch light – but let’s hope it doesn’t get to that point.