On January 9, 2017, a stray dog was found wandering the streets alone with a massive tumor on his stomach. Rescuers from ‘Let’s Adopt’ immediately rushed him to a local veterinary hospital to be examined.

Vets knew that in order to save this pup’s life, they had to remove this giant tumor. Thankfully, the surgery was a success and the dog healed nicely and recovered well. Soon after, he found a forever home! 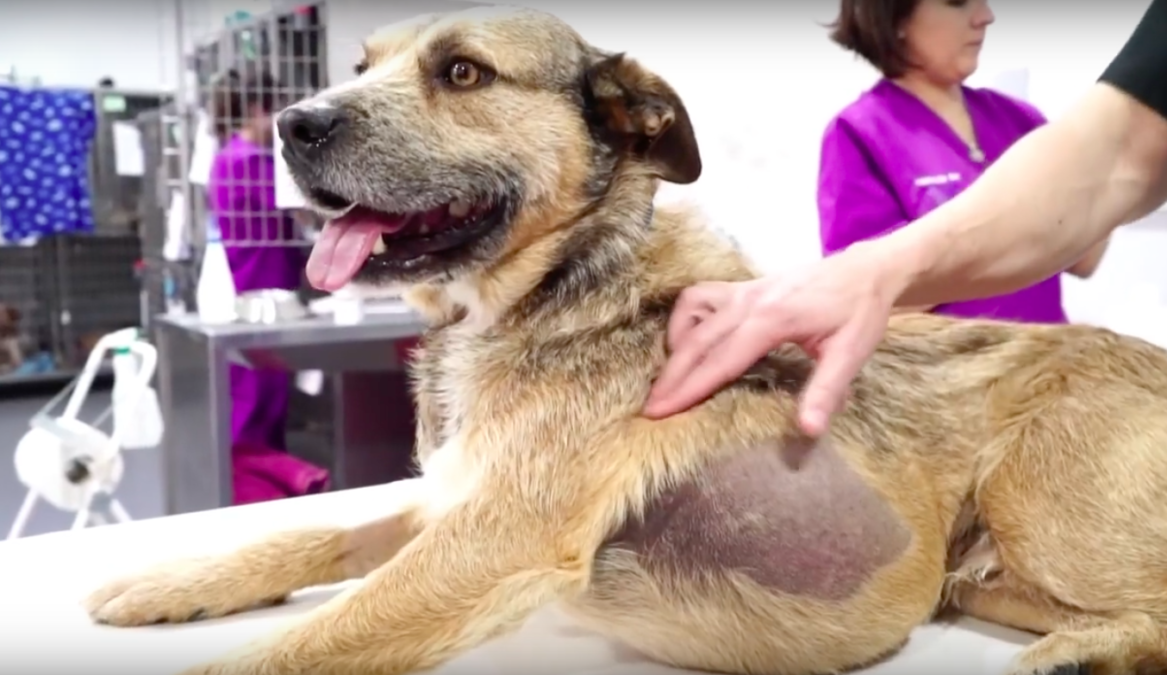 Now he lives in a home with loving humans and a new doggy sibling! He loves cuddling on the couch, a type of comfort he’s never experienced before. He also enjoys running around in the yard with his doggy brother, who he formed an inseparable bond with. 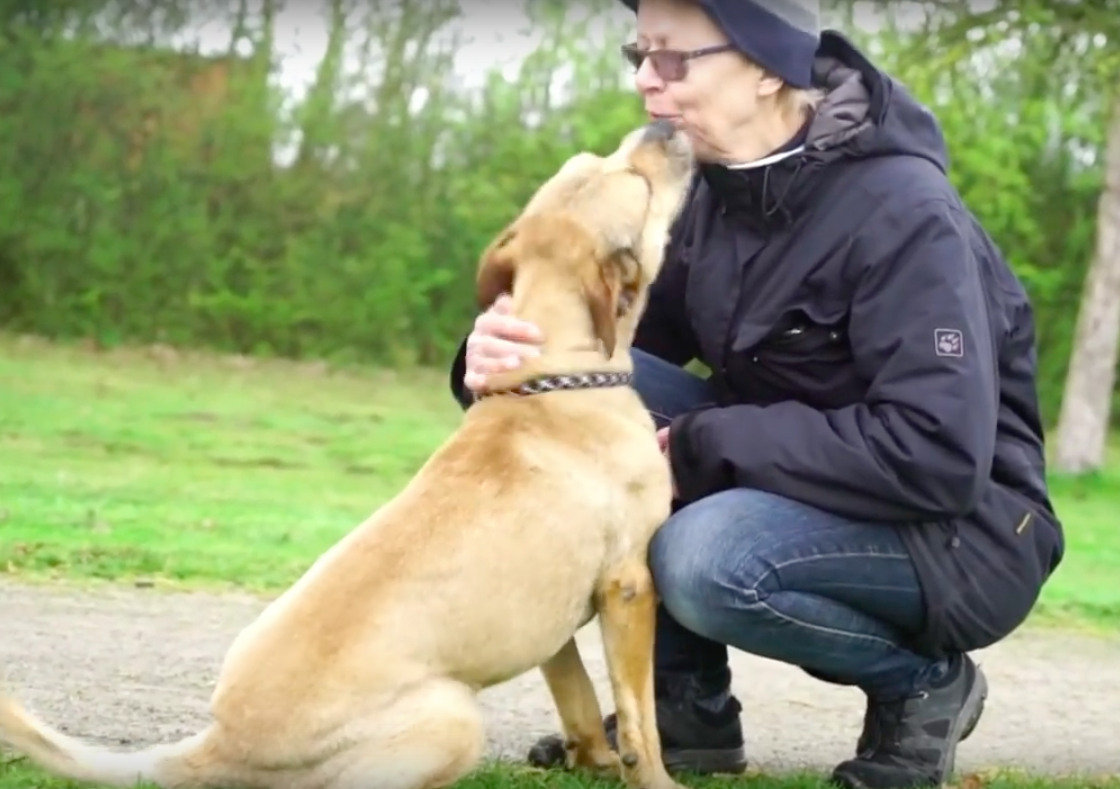 He still does physical therapy, including hydrotherapy to help him gain his full strength back. His transformation is amazing and it’s so heartwarming to see how far he’s come! He went from being a stray dog with a tumor that would’ve eventually killed him, to being a happy and healthy pup with a loving family and doggy friends! 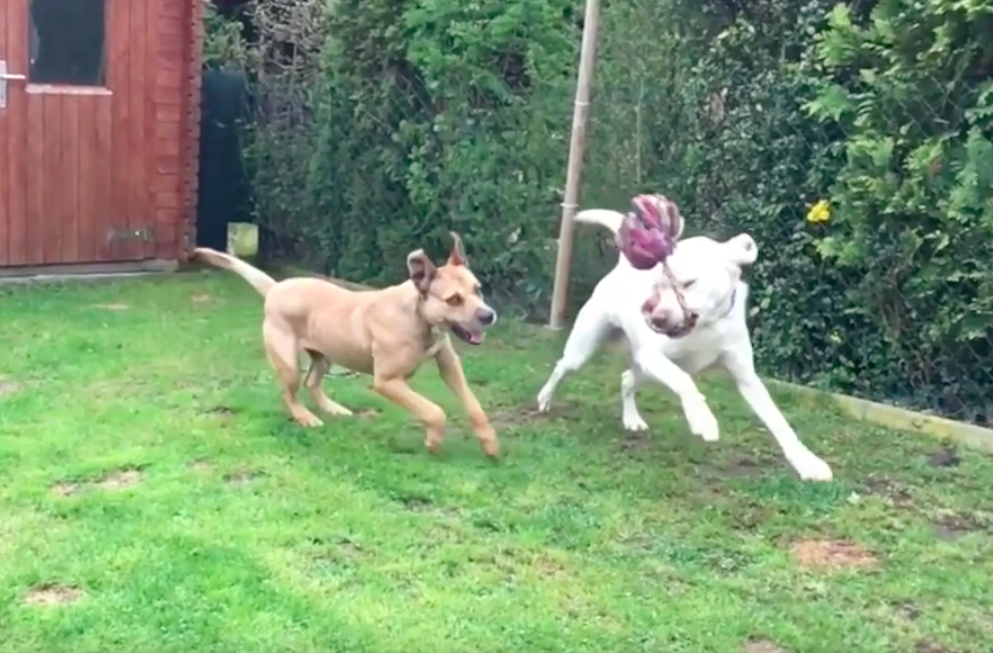 Viktor Larkhill rescue called Let’s Adopt is dedicated to rescuing, treating and rehabilitating abused and injured animals all over the world. Once they are healthy, they also help find them forever homes. They give these pups a second chance that they never would’ve gotten otherwise. 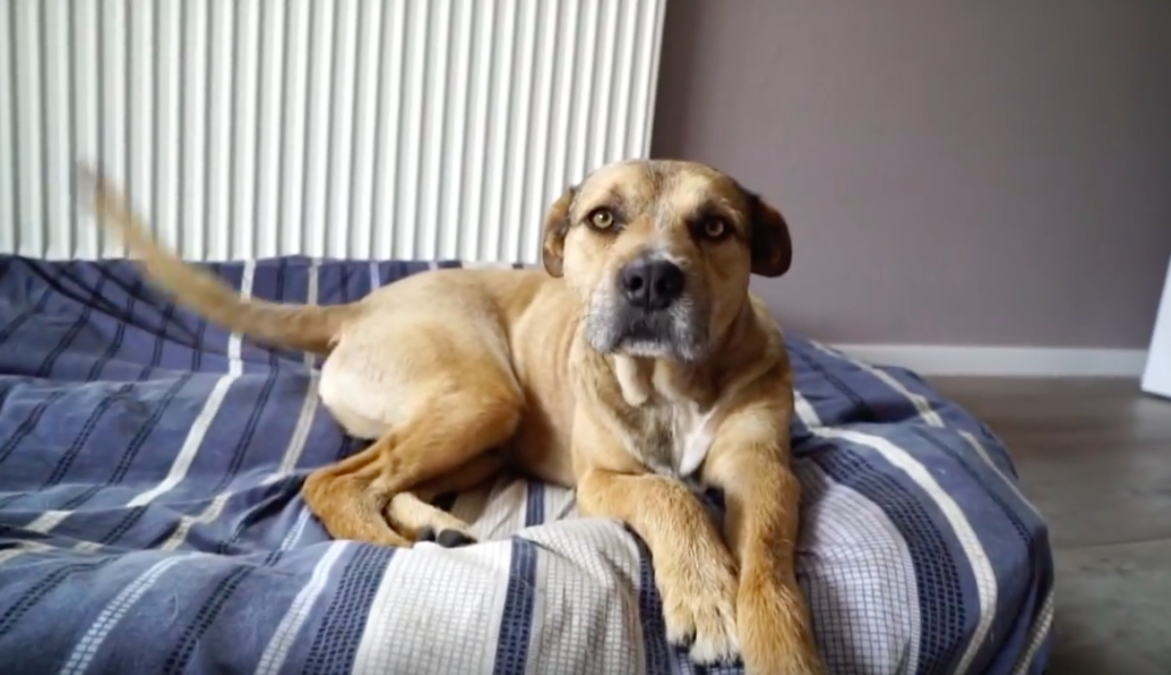 Watch his journey to happiness in the video below. He’s such an inspiration!