Tug of war is a game usually played with equal amount of people on both ends of a rope and is a test of strength. However, two German Shepherds decided to play the game against their dad when he least expected it.

A normal cleanup chore of taking out the Christmas tree turned into a tug of war match for David Graham. Erin Sharkey Graham, David’s wife, wondered what was taking her husband so long to dispose of the tree.

Then she looked out the window and witnessed the hilarious tug of war battle. Luckily, she recorded it for our viewing pleasure.

The Graham family’s two German Shepherds, Badge and Segen, love to play with sticks. So naturally, the Christmas tree was viewed as a really large stick. 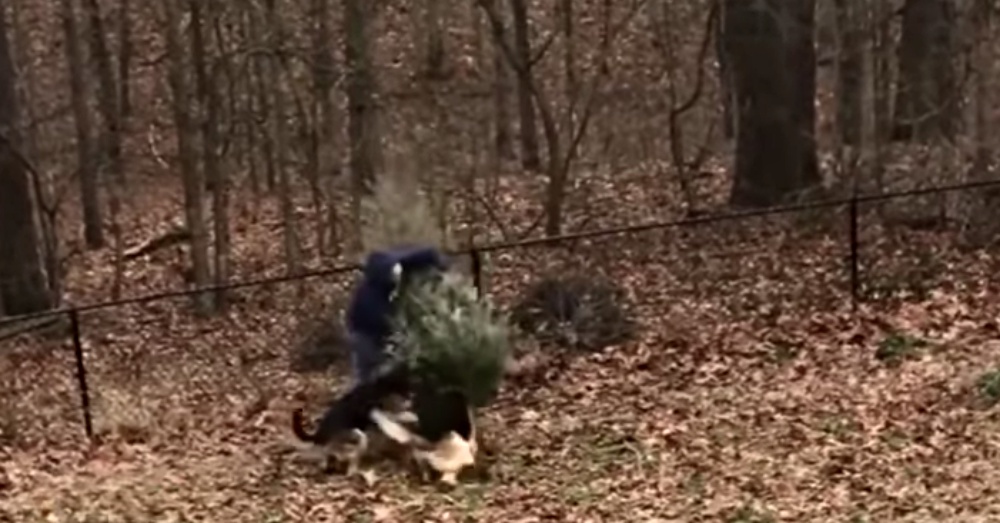 Both of the dogs grabbed the tree and refused to let it go. The dogs were winning the tug of war match, knocking their dad to the ground. The dogs were definitely stronger but Graham refused to give up. Meanwhile, inside his wife was laughing hysterically at what she was recording.

Finally, David was able to wrestle the tree free and throw it over the fence. He rested for a moment on the fence and relieved the battle was over. 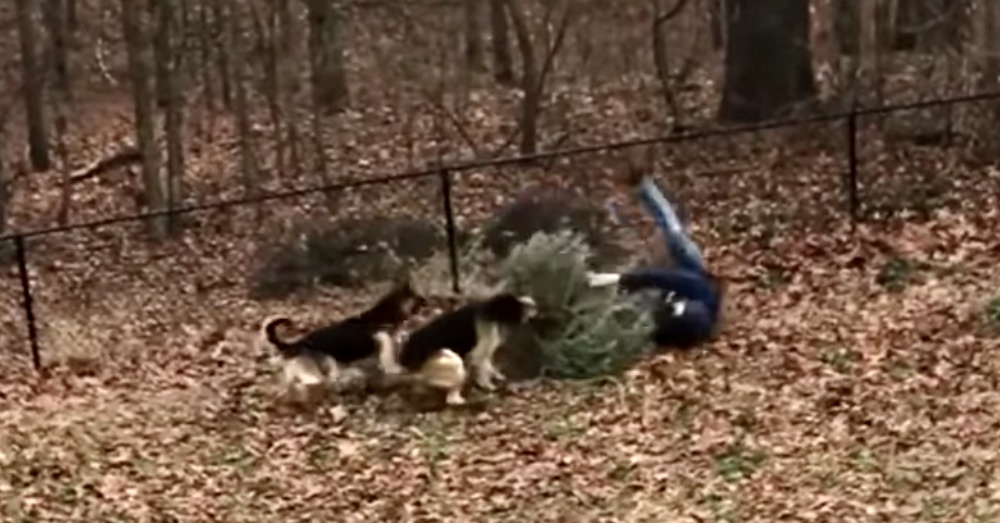 The struggle was real and will have you laughing out loud. The video went viral and has been shared over 630,000 times on Facebook.

Watch the full battle below.

Here is another dog that will have you laughing.
Check This Out!