When Colton and Britney Michael came home one day, they were greeted by a golden lab waiting for them on their front porch. The only strange detail about this wholesome scene was that the Missouri couple didn’t actually own a dog.

“She got out of her car and said, ‘Where did the dog come from?'” Colton Michael recalled his wife saying. But although the mysterious pup had clearly made herself right at home, she didn’t seem thrilled to see these new humans on “her” porch. “She wouldn’t let us quite come near her,” Michael told WCVB. 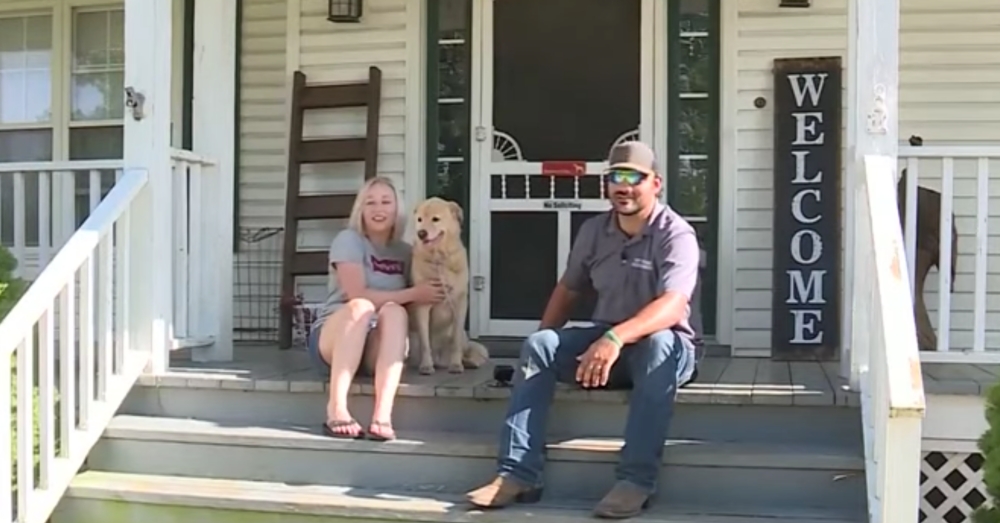 The couple wasn’t quite sure to make of this strange development, so they decided to scan the dog for a microchip. That’s when they discovered the golden lab, Cleo, used to live here, too – at least until two years ago, when her family moved away.

The Michaels quickly reached out to the previous homeowners. Cleo’s owners, who had been looking for their dog all week, were naturally overjoyed to hear about their missing pup’s whereabouts. But they were also surprised to hear the lab was hanging out at her old house, especially because Cleo’s family now lives 57 miles away in the nearby state of Kansas. 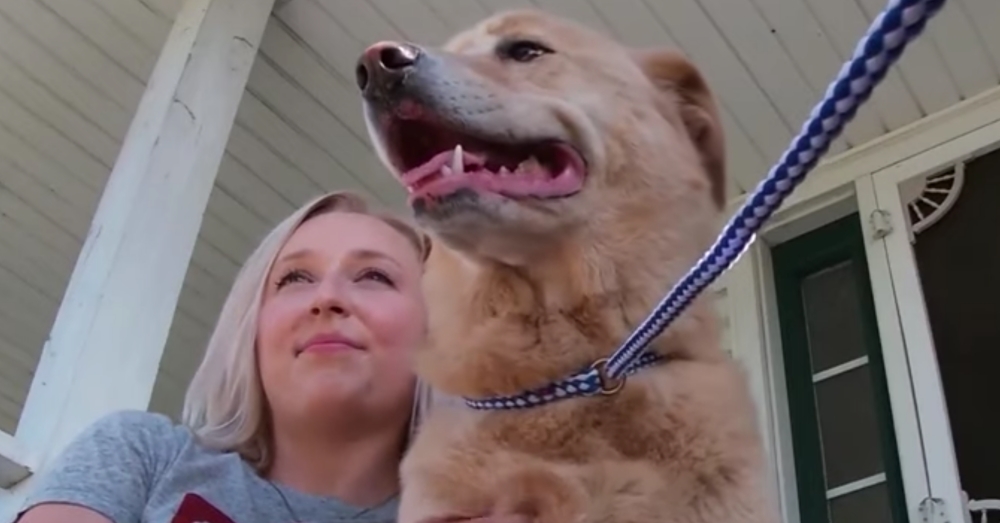 Nobody knows what led Cleo to embark on this long, solo journey. Even more confusing is exactly how she got there, because traveling between Cleo’s old and new houses involves crossing the Mississippi River.

“It’s the most bizarre story,” said Drew, the 4-year-old dog’s owner. But whatever her reasons, Drew is just glad to be reunited with his prodigal pup. “Really, she’s everything to us and to my mother,” he said.

To Colton, at least, this remarkable twist at least explains some of Cleo’s strange behavior. “She finds her way home, and there’s some strangers living in it,” he said of the dog. “That would be scary for anybody.” 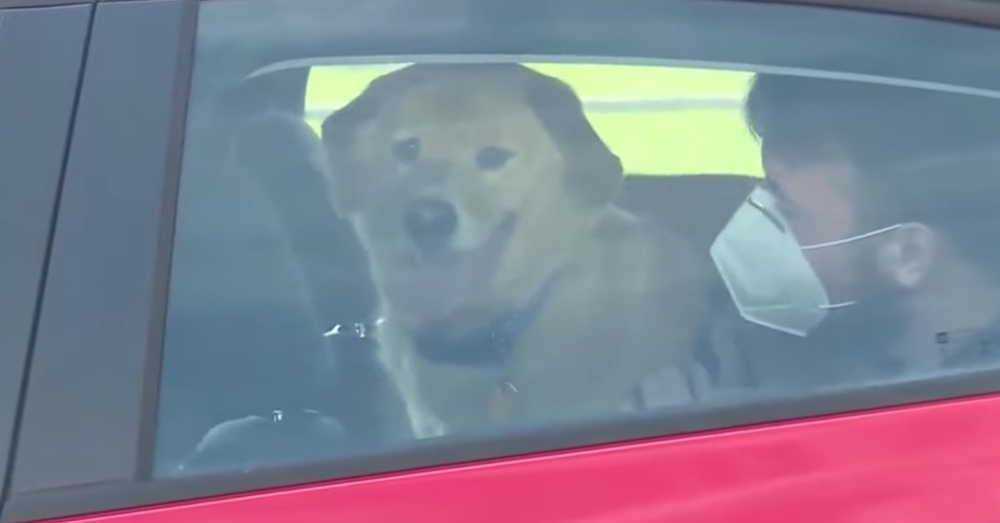 Cleo, of course, can’t explain the logic behind her surprise visit, but the Michaels are still happy to have made the wayward pup’s acquaintance. “Now that we know who she belongs to, if she pops up again, we know who to call,” Colton said.

Find out more about Cleo’s homecoming journey in the video below!