A Jack Russell Got His Head Stuck In A Tire. They Did Everything They Could To Try And Help Him Out

This adorable little Jack Russell got his head stuck in a car tire. They couldn’t get him out by hand, so they had to try many different ways. Many of them didn’t work, but they never gave up. Vets tried shaving him but it still didn’t work. Then they poured oils around his neck to try and loosen him up to squeeze through the tire hole, but that didn’t work right away. After twisting and turning and pushing and pulling, they finally freed him!

His parents were extremely relieved that he was free and safe, and I’m sure they’ll make sure he won’t get into anymore mischief again! I bet the poor pup is just as relieved as his humans. That’s definitely a scary situation. Thank goodness it had a happy ending! I’m sure he learned his lesson after that one! 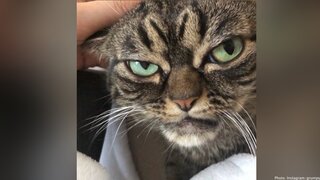