Everybody makes mistakes, but the Internet isn’t being kind to a woman who placed her engagement ring on her dog’s nose, then acted surprised when the pup swallowed it whole.

“WCGW [what could go wrong] if I try to show off my new engagement ring?” Reddit user DanyHeatley50in07 sarcastically wondered as he reposted the cringeworthy moment on Reddit, where it quickly went viral. 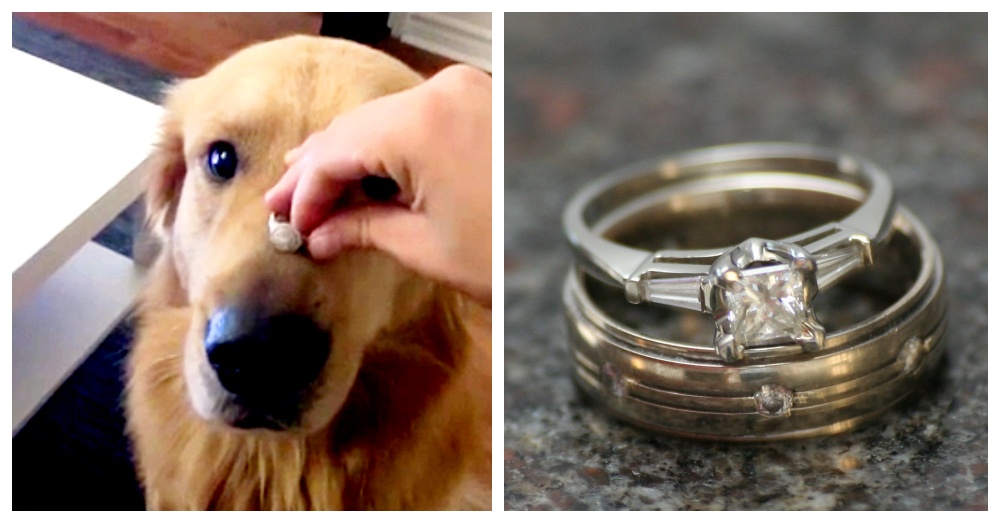 According to The Sun, the dog’s owner was trying to find a way to incorporate her dog into her engagement photos, which is a sweet and understandable sentiment. But placing the ring on the golden retriever’s nose like a treat clearly wasn’t. Clearly believing this strange object to be food, the pup politely balanced it on his nose for a moment, and then swallowed the ring in one gulp.

This seems like a natural outcome for such a photo-op, which clearly wasn’t very well thought through. But the couple nevertheless seemed genuinely surprised by the dog’s actions. “Oh,” the bride-to-be said meekly off-screen, while her presumed fiance (also off-screen) chided the dog, Thor, for engaging in completely natural canine behavior.

WCGW if I try to show off my new engagement ring? from Whatcouldgowrong

“Well what the f— did you think was going to happen?!” one user wondered in a popular comment, according to Fox News. Others were kinder, even guessing the dog might spit the object back out, but the overwhelming consensus was that this woman had exercised extremely poor judgement.

Many more worried for the poor dog, who was needlessly endangered by his owner’s thoughtless actions. “This lady deserved that,” another user noted. “You don’t put inedible objects on a dog’s snout like it’s a treat. What if the ring harms the dog’s digestive tracts?”

“That’s irresponsible. Take care of your animals!” another person agreed. Some people just don’t deserve to be pet owners.

What do you think of this video? Let us know in the comments!