Dog Falls Overboard During Storm, Owner Thought He Would Never See Him Again

The ocean is beautiful and serene, but that can change at a moments notice. A man and his dog found out how rough life at sea can be when a storm hit causing their boat to spin out of control.

Shane Hale and his pup Harley set sail on their boat, also their permanent residence, off the Sarasota coast in Florida. The pair was headed to the Florida Keys. The weather was beautiful, but quickly turned when a storm blew in. The water became choppy, so Hale tethered himself and Harley down by their life vest. 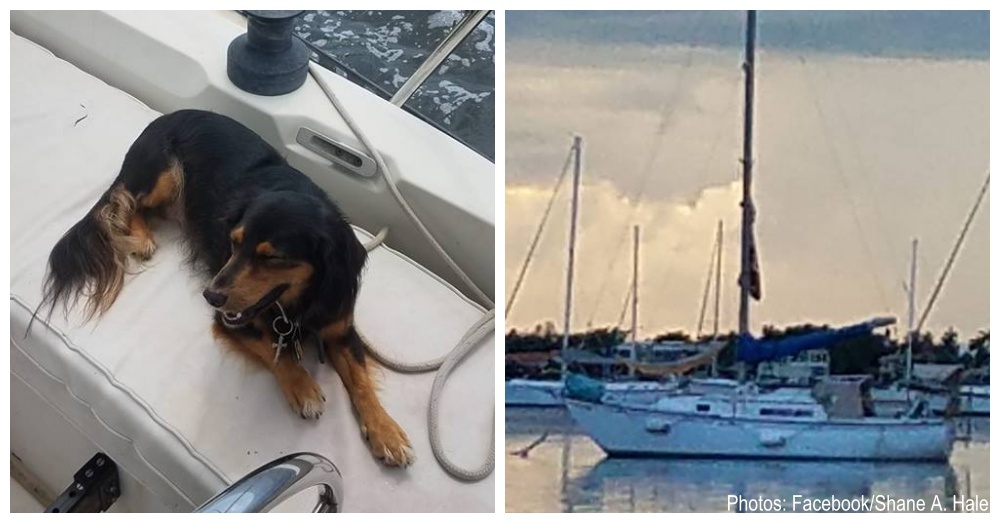 The boat was taking a brutal beating from the storm. Amid all the tossing and turning of the boat, Harley went overboard. The violent waves and strong winds sent Harley overboard and out of his life jacket. “I got to his tether and when I pulled the tether, I realized there wasn’t enough weight on the end of that tether for a dog to be on there. Sure enough I pull it out and I just see his life jacket.”

“I could see his head bobbing behind the boat, the swells, I don’t want to seem like an exaggerating kind of guy, but I think they were nearly [three metre] swells.”

As the storm raged on, Hale thought he had lost his best friend forever. “I laid there for the rest of the storm and I prayed for Harley, and I prayed for me,” he said. “When he went off the boat and I see the way he went, I never in a million years expected to see my dog again.” Once the storm subsided and he made it back to shore, he immediately posted a plea for help to find Harley. 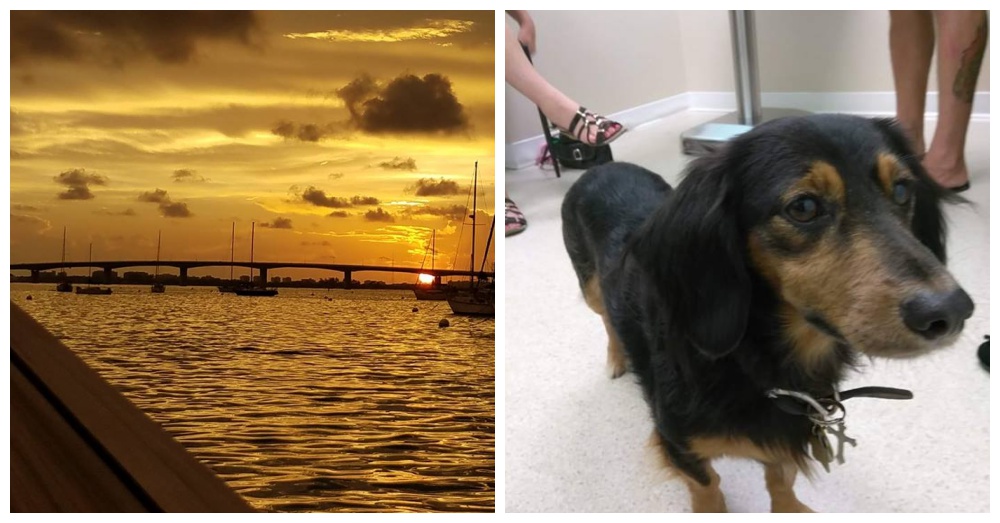 “Please share this pic of Harley. I lost him at sea in a big storm yesterday. 2-6 Miles south of Sharkeys in Venice. Please share shame 9415493364 yes he was wearing his jacket. He was also tethered. The storm pulled him out of the jacket as I was desperately trying to pull him out of the water.”

Hale and Harley’s sailing days are over. The boat is up for sale, after repairs, and they will be looking for a new home on dry land.