I’ve heard of some miraculous things happening, but I think that this is now at the top of the list. It appears as if a border collie named Scout survived choking on a ball, all because there was a hole in the middle of it. Although it was stuck in his throat, he didn’t suffocate because the air was going through the hole into his windpipe.

The footage available shows the ball in the back of Scout’s mouth as he struggles to get enough air. It’s fortunate that the professionals at Vets Now Gateshead pet emergency clinic recognized how serious the problem was and took action immediately. Scout was quite stressed and was given a sedative so an examination could be given.

The emergency team provided an anesthetic so the toy could be removed safely. According to veterinarian Sarah Douglas, a small pair of forceps was used to gently pull the ball forward until it could be removed.

After the ball was removed, Sarah looked at Scout’s throat to make sure that everything was okay. Although the dog had some inflammation, there weren’t any other issues.

Margaret Hewett and Les, her partner waited outside because of coronavirus restrictions. Although they were outside, they were never out of touch and were given regular updates throughout the process. 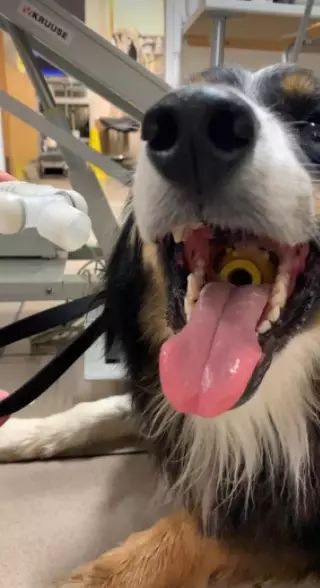 According to Vets Now, Margaret said:

“The day it happened everything seemed fine. We were just back from a walk and Scout was playing with the ball in Les’s back garden like he had hundreds of times before.

Suddenly he started retching and we could see that he was in real distress. The toy was no longer in sight and Les was sure he must have swallowed it.

“I tried to look into Scout’s mouth, but he was so upset he wouldn’t let me. We knew we needed a vet quickly but it was a Sunday and a lot of places were closed.

To our huge relief Vets Now were open and the staff were brilliant – and very reassuring which is just what we needed.

Scout went off with Sarah the vet and he seemed to sense straightway that she was there to help him.

At the end of it all, they brought Scout back out to us. He was a bit wobbly and obviously very tired but apart from that he was okay.” 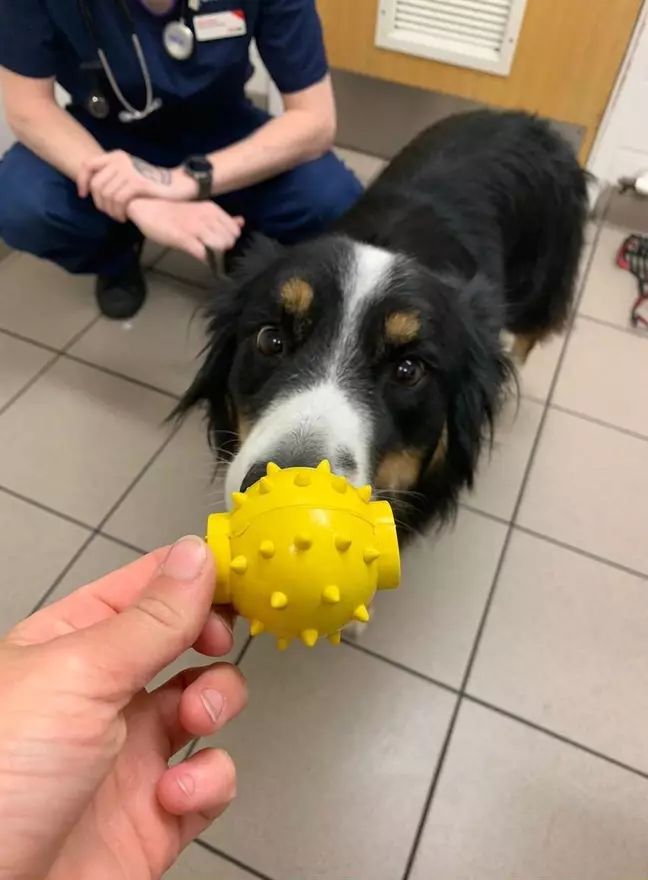 After they got him home, he seemed fine. The ball was part of a toy that was attached to the end of a rope. The hole was for the rope to attach it, and it was the hole that saved the dog’s life.

According to Ashley Wemple from Vets Now, the senior vet nurse:

“Time really is of the essence in this sort of situation. Poor Scout really was very distressed and it was heartbreaking to see him panting and gasping for air. 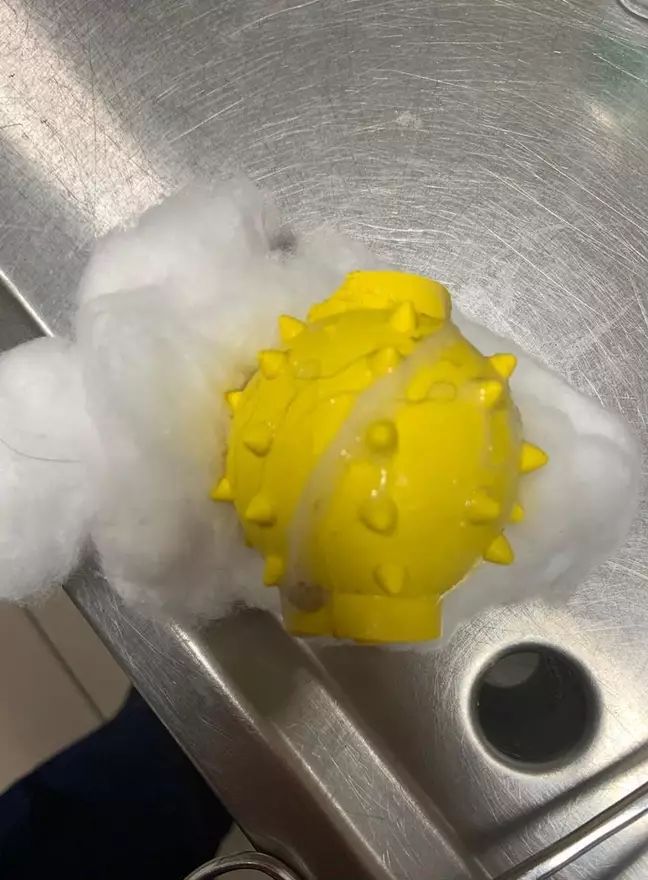 I’m just relieved we were able to help – and what Margaret says about these toys is totally right.

They look deceptively innocent and dogs can play with them for days on end with no problem – but if they are swallowed they can be a serious threat to life.

So the safest thing to do really is to avoid letting your dog play with any toy which they might be able to swallow by mistake.”