Dogs love to dig under fences, but one mischievous pup clearly miscalculated the size of his escape tunnel. (Or maybe, like many of us, he’s just been packing on those pandemic pounds).

Regardless, firefighters were called to help the Louisiana dog out of this rather embarrassing predicament, which quickly shifted from an exciting escape attempt into a digging fail that left the trapped pup cowering with fear. 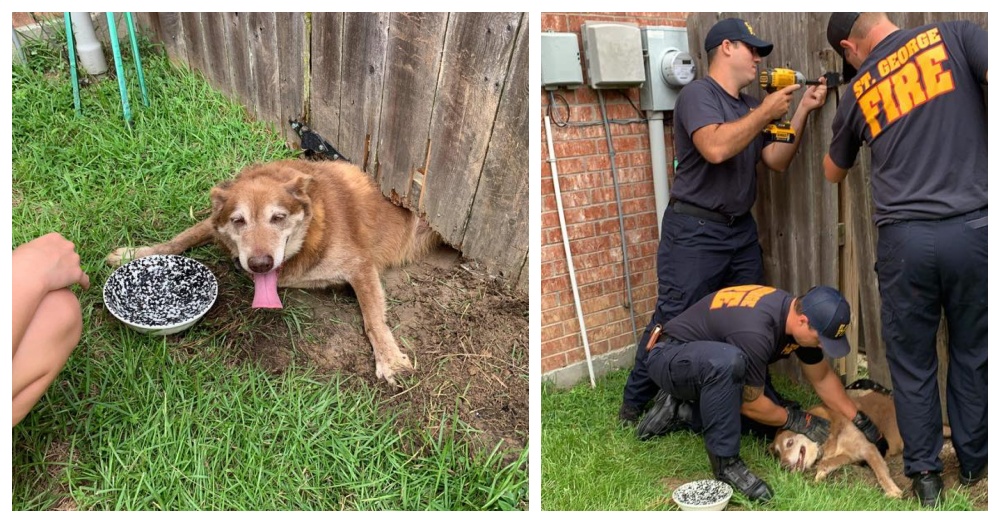 “Firefighters were able to free the dog quickly and safely by removing the fence and keeping the scared dog calm,” the St George Fire Department wrote on Facebook. Nobody was exactly sure how long the dog had been trapped under the enclosure, but frightened dog had clearly been there long enough to reconsider the wisdom of his aborted escape attempt. 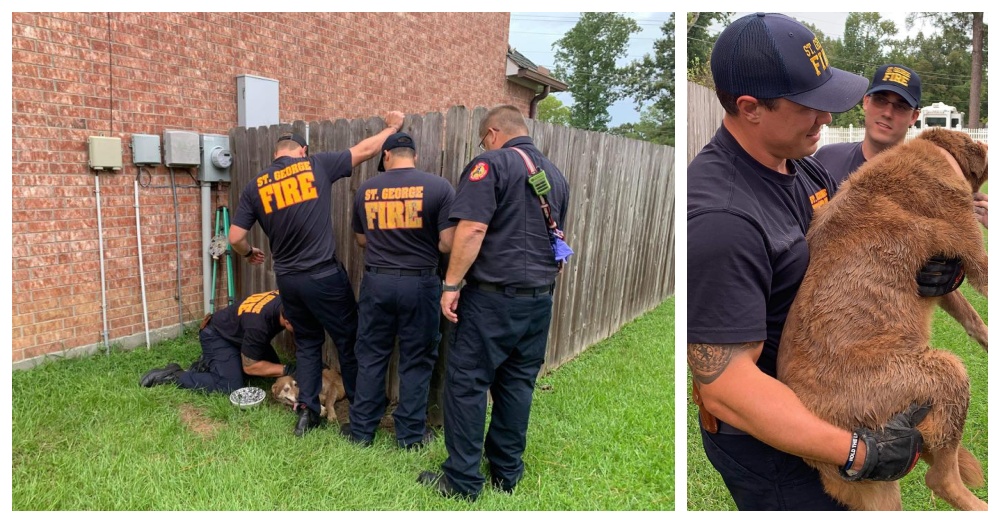 Rescuers were able to free the dog without causing him any physical harm, although the dog was visibly shaken by the incident. Fortunately, one kind firefighter scooped the full-grown pup into his arms and hand-delivered the dog to his owners.

Last weekend, one of our fire crews responded to a dog stuck under a fence. Firefighters were able to free the dog…

“The dog was happily reunited with its family and neighborhood friends,” rescuers wrote. We’re so happy rescuers were able to reunite this frightened dog with his family. We’re guessing he probably won’t be trying to dig underneath his fence again anytime soon!