But rescuing dogs from tree-top perches is exceedingly more rare — some might say unheard of! Indeed, firefighters at the Lathrop Manteca Fire District in Lathrop, California, were very surprised when they were asked to rescue a German Shepherd who’d gotten stuck after chasing a cat up a tree. 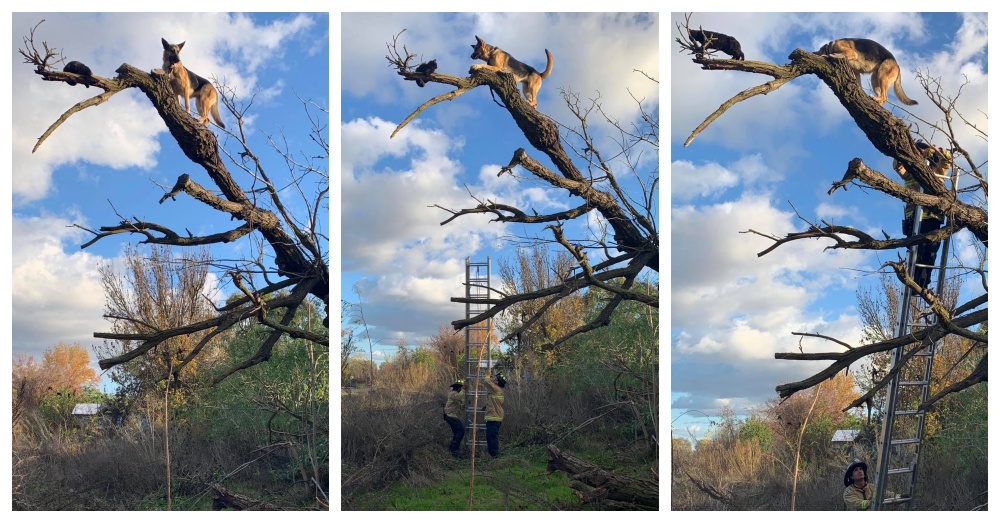 “You may have heard that our firefighters get cats out of trees, but what about dogs?!?!” firefighters wrote on Facebook. “Right after Truck 30 and Engine 35 dropped off Santa that was exactly their next call.”

Photos show the dog gleefully corning the cat, before belatedly realizing that he’s also a long way from the ground. When firefighters arrive, they encountered a sheepish-looking pooch wondering how he’s going to extract himself from this strange situation. Clearly, the dog didn’t think this whole chase scene through. 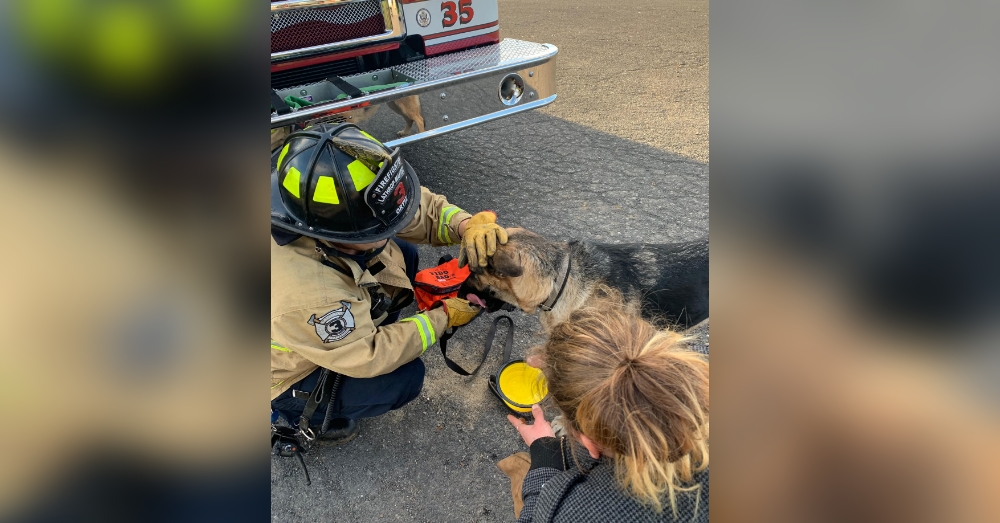 Fortunately, firefighters were able to prop up a ladder against the tree’s trunk and pull the dog back down to safety. The animal appeared to be fine, but firefighters administered water and oxygen just to be safe. 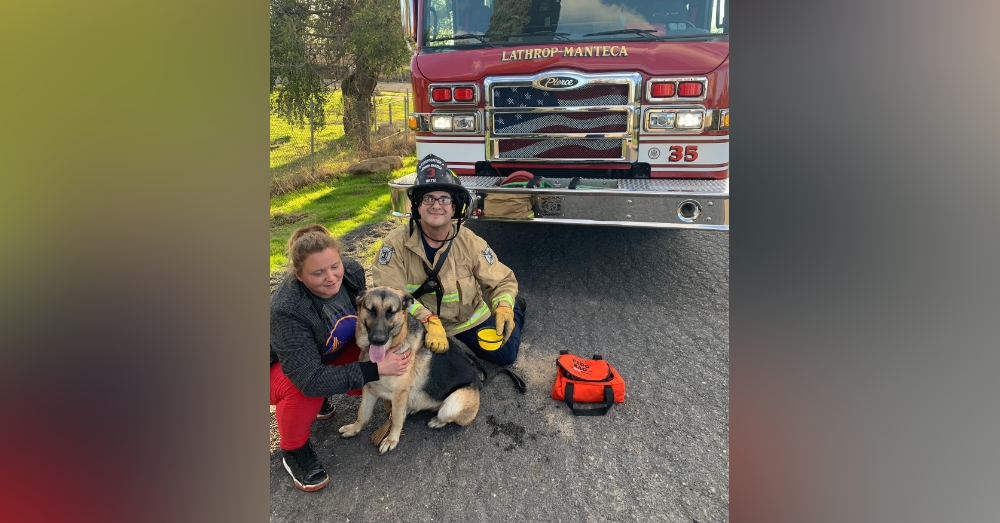 And while the dog amazingly survived the ordeal without a scratch on him, rescuers hope this adventurous pup has learned an important safety lesson. “Glad to hear that all turned out well for this pooch,” firefighters wrote. “We are all pretty sure he’ll think twice about chasing cats up the next tree.”