Sometimes love takes us clear across the other side of the world for that person or animal – and that is exactly what one British woman did. She flew all the way to South Korea in order to save a dog from being eaten. Sadly, his legs had already been chopped off by a butcher.

Back in June 2017, Rafi Sahin, from London, was searching for a rescue dog in the UK. She’d contacted various charities, only to be kept getting told that the dogs had been rehomed.

Then one day, the 33-year-old mental health worker and university student, happened to read an article regarding the Yulin Dog Meat Festival in China. This was the catalyst that sent her through a series of events, all of which led to her rescue this dog.

The article she read first sent her to the CARE’s website – a Korean organization dedicated to rescuing dogs from the dog meat trade. It was on that sight that she first fell in love with Jindol, a Korean Jindo who’d been found on the street “starving and terrified of people” after having had his back legs chopped off.

She made a call and began the adoption process. At first, the charity was surprised, thinking that his disability would be a deal-breaker. But after six months of vaccines, health checks, and inspections, Rafi was able to take him home. 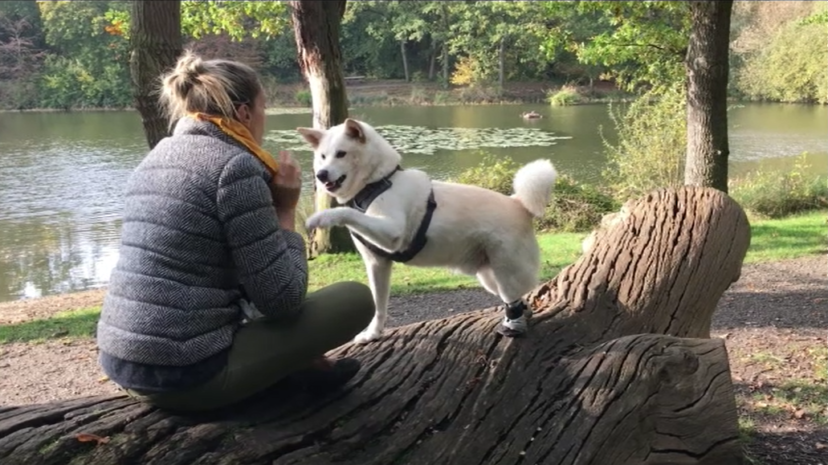 Rafi explained, “It’s not known exactly how his legs were lost but I’ve had several Koreans contact me to tell me that it’s common for meat traders to cut the limbs off dogs to prevent them from escaping and even to torture them before slaughter due to a belief that this tenderizes the meat. He was lovingly rehabilitated by the charity and was kept in their reception area instead of a kennel to get him used to people again and give him the extra care he needed with his legs. He’s now been part of the family since January 2018. He was very nervous at first and we had to slowly gain his trust.”

When Jindol first was rescued, the poor dog was “filthy, thin and needed to be nursed back to health.” Since his adoption, Rafi has taken him to various amputation specialists and is now starting a fundraiser campaign for him in order to undergo a bionic leg procedure that would allow him to live a pain-free life. 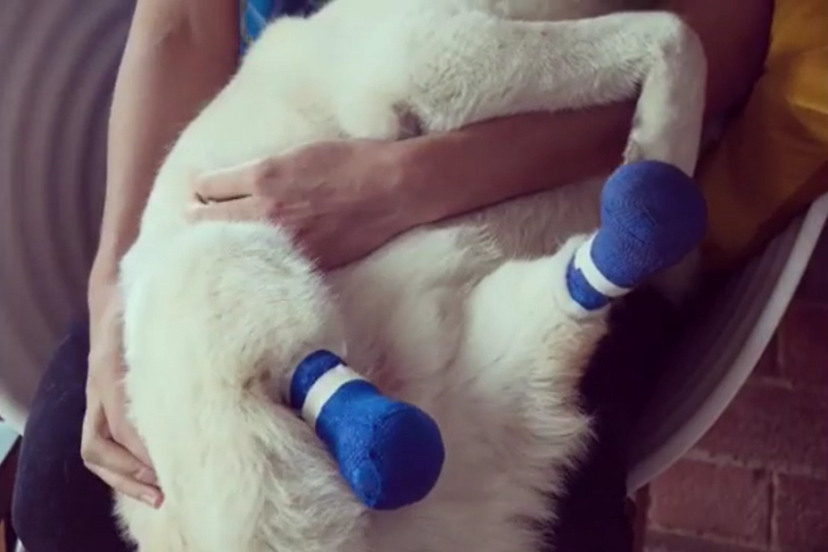 She added, “The rescue team in Korea had shown me how Jindol’s leg stumps had been bandaged but I was sure I could improve on this to make him more comfortable. I’ve now been through about four iterations of bandaging techniques and taken advice from tissue viability nurses, amputation specialists and a lot of YouTube videos.”

Rafi continued, saying, “He still has ups and downs, sores and infections to contend with and he has regular hydrotherapy to manage the impact his condition has but he’s generally a very happy boy.”

In addition to Jindol, Rafi has two other dogs: a Husky/Samoyed mix named Loki, and a French Bulldog called Lyra. Both get along very well with Jindol.

Rafi was happy that Jindol has integrated beautifully with her other dogs. At first, the others were submissive, but in time they have all become great friends, and Loki and Lyra are now very protective of Jindol. 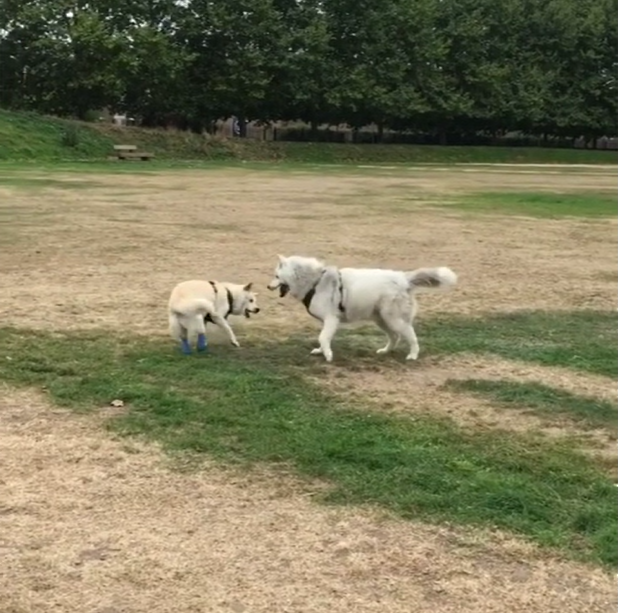 Rafi explained, “Jindol was very timid and nervous when he first arrived; he’d sit alone on his bed at home and flinch when he saw a hand being raised like he assumed he was about to be struck. He’s totally transformed since then; he’s one of the family now – he demands his own spot on the sofa and jumps up himself. He follows you around the house, especially where there may be food. He’s a bit nervous still when he’s out somewhere new but he knows his mum and he’ll come to me for reassurance, to feel comforted and he’s soon wagging his tail again.”

This is proof that dogs are such resilient creatures and they’re just too pure for this awful world. Rafi has said that despite everything he’s been through, he still has “so much love and trust in people.” She recalled the first time she took him to the beach, “he was so happy it made me cry.”

Ten years ago, Rafi’s life was thrown into a spiral when she developed epilepsy. Since then she’s also been diagnosed with Ehlers-Danlos Syndrome. In addition, she also suffers from painful joints and chronic fatigue.

Luckily, for Rafi she has her dogs – who move and inspire her every single day.
“They get me out the house, exercising and socializing when I’m not feeling great,” Rafi said. 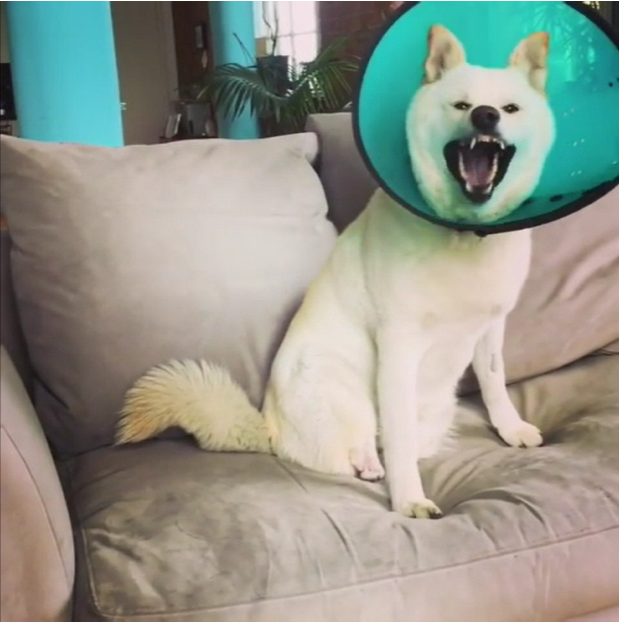 As for what others can do in order to help more dogs like Jindol, Rafi commented, “I wanted Jindol to be able to get the most out of his life and not have his disability hold him back or let his past trauma steal a happy future from him. People often ask me what they can do to help dogs like Jindol. There are lots of organizations that support animals in countries with poor animal welfare standards. If you can’t adopt from them yourself you can help in other ways; make a donation, sign a petition to lobby for better protective laws. Adding to your animal family with a rescue is so rewarding and rehabilitating; a dog that’s never known love creates a truly unique bond.”

If you want to help donate to Jindol’s prosthetic limbs, you can click the link to Rafi’s Justgiving page.