Some pictures are posted online and very few people pay attention but others go viral for a variety of reasons. A picture out of Denver has gone viral, thanks to criticism coming from animal lovers.

The picture was taken during a snowstorm and it shows a dog in the back of a moving pickup truck, covered in snow.

According to the woman who took the picture, it was taken on Parker Road near interstate 225 in Aurora at about 10:20 in the morning.

“That’s just a recipe for disaster,” said Dr. Missy Tasky, a veterinarian at Gentle Touch Animal Hospital. “It’s just not an ideal situation for that guy.” 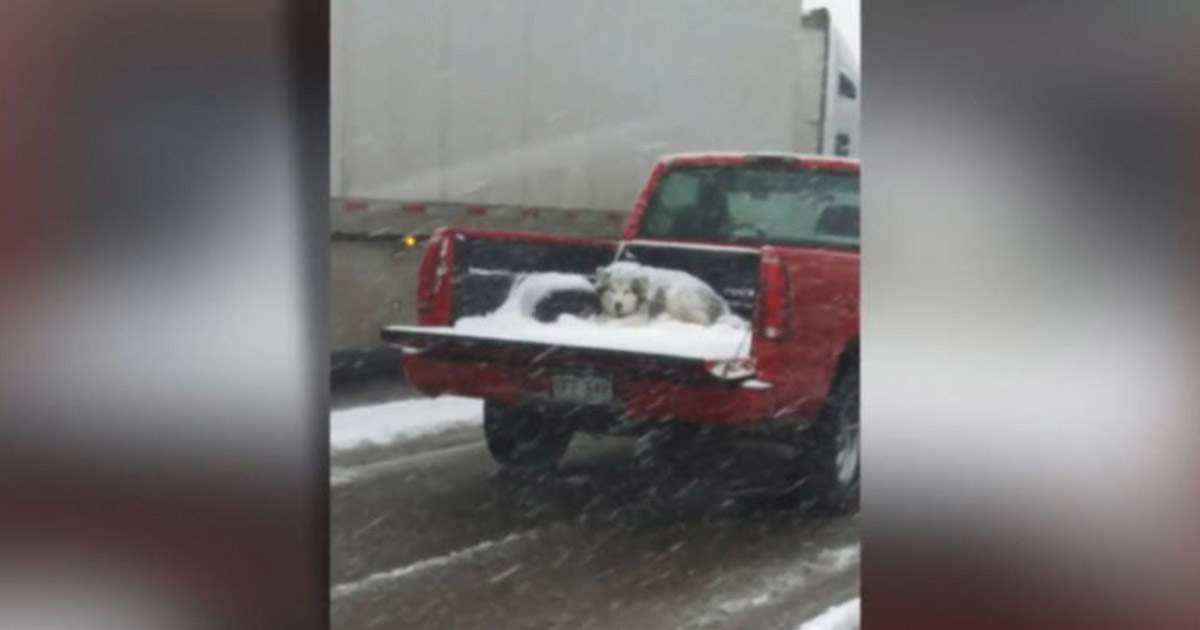 Tasky goes on to discuss how dangerous it is for dogs to be without cover in the cold weather. This dog was not only exposed to the weather, but it was also unable to move around to stay warm.

According to Pinpoint Weather, it was 16° at the time and the wind chill was 0.

“In that situation, where there’s nowhere for him to go, it could be very problematic,” Tasky said.

Tasky says that the dog seems to be a malamute, which was the focus of a number of comments on social media.

“That breed of dog can withstand extreme temperatures, extreme cold better than the average dog. But in general, just like for people, they can get frostbite,” she said.

According to Colorado State Patrol, it is not illegal for dogs to ride in the back of a pickup truck, even when the tailgate is not closed. Sgt. Blake White, however, says the scenario in this picture could be considered animal cruelty.