Dogs are full of personality and energy. They never cease to entertain or amaze us. One dog was determined to run up a slippery slide in his backyard, no matter how many times he failed.

The mix-breed dog in Massachusetts starts his quest by sniffing and inspecting the slide. It seems like he is devising a plan to scale it. He decides that heading straight up the middle makes the most sense and makes his first attempt. When that fails, he resorts to jumping from the side onto the slide and attempting to run up. 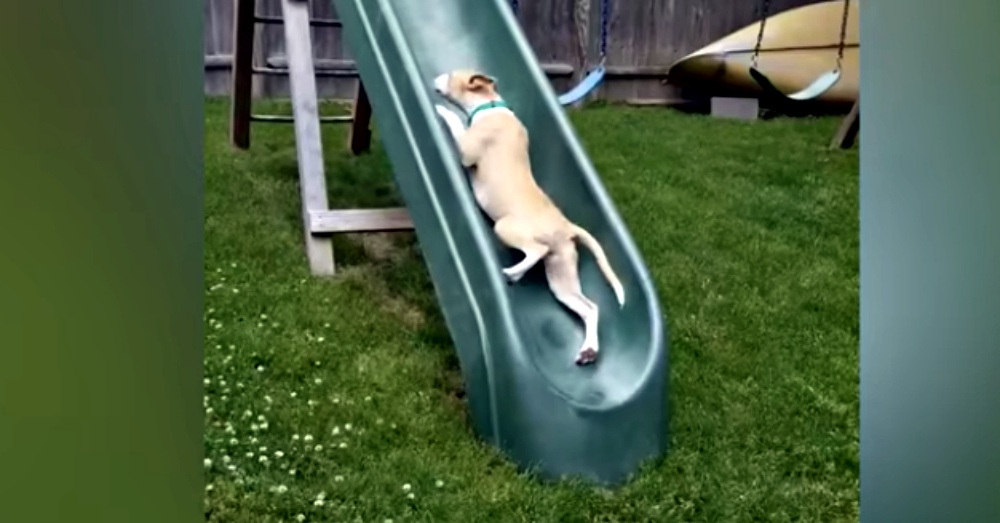 After a few more failed attempts and many tumbles, he takes a short break to reassess. Even though he continues to fail, his tail is wagging. He attempts once more, but to no avail. It is not shown if the dog ever does make it to the top. 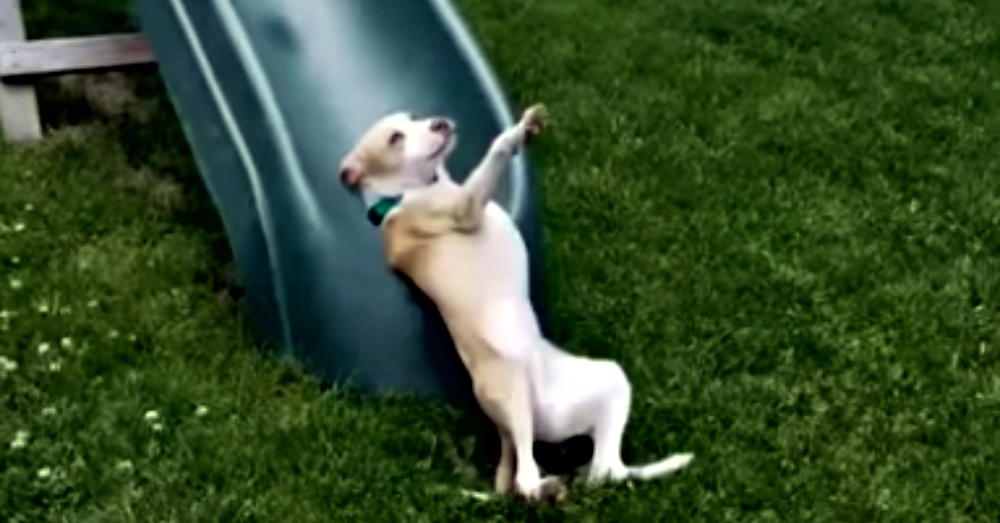 However, there is a lesson we all can learn from this dog. Keep up your enthusiasm and never give up. The dog’s hilarious effort was captured on video for all to enjoy. Watch below.

Calm And Quiet Dog Was Hiding An Incredible Secret From Her Family: Click “Next” below!