A dog in South America was caught on video living its best life by getting pampered by a shoe polisher. In the video, the pup is seen handing over its paws to the Chilean street worker for a quick treatment – one at a time.

A bystander who was witnessing the adorable moment managed to capture it all on video – getting everything from the moment that the dog approached the shoe polisher, to its insistent demands which got a laugh from the shoe polisher.

In the video, you can see the dog lifting its front right paw while the shoe polisher greets him as he gets out his tools. The worker even glances at the camera as the dog stares at him intently, as though expecting to be served.

The worker then shakes the dog’s paw, and pulls out his cloth, rubbing it across the dog’s paw. When the man puts his cloth away, the dog holds out his paw again, still expecting more from him. 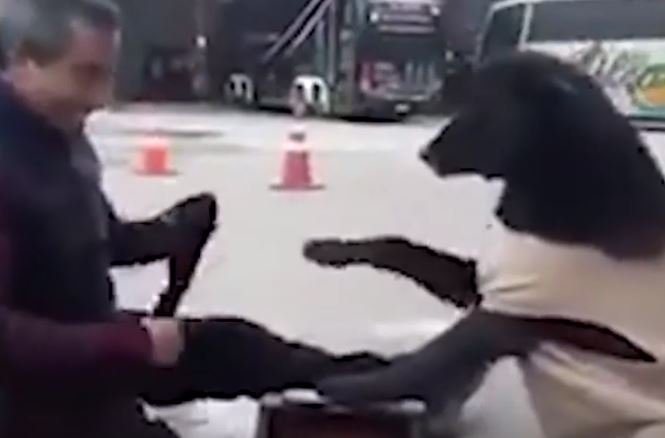 The persistent canine continues to hold out his paw to the shoe shiner, who at this point is finding it hard not to laugh. When he packs up his items and leaves, the dog is left looking shocked and bewildered, as though to say, “Where are you going, we’re not done here.”

The dog continues to start at the shoe polisher for a good 22 seconds before the video is stopped.

We may never know what happened after that, but hopefully this cute little doggie got his shoeshine after all.