Let’s be honest, our phones are full of photos of our beloved pets and we still want more. But what if there was a way for your dog to take selfies…game changer, right?!

The action shots captured in the newly built dog selfie booth by Simone Giertz are taking the internet by storm. Well, it could also be because her rescue dog Scraps is absolutely adorable. The white fluffy dog was described by Giertz as “a menace but marvelous,” and the inspiration behind her latest design.

She adopted the feisty 3-legged puppy in May and she is now an official workshop dog with the appropriate name “Commander Scraps”. 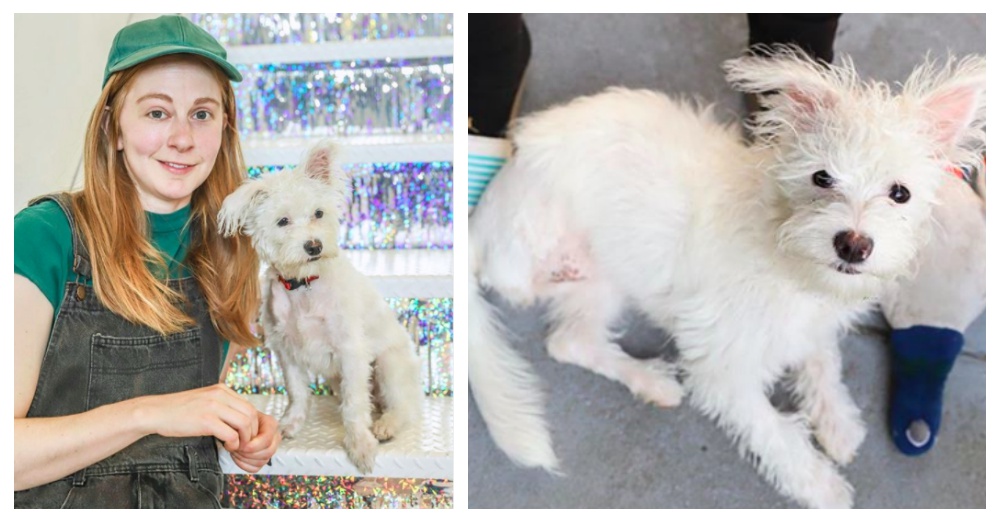 Over the past few months, Giertz has taught Scraps basic commands and was attempting to teach her how to use her phone to take a photo, but her paw and the phone were not compatible.

So an idea was born…

Giertz came up with a sketch of what she wanted the photo booth to look like and then worked with LEGO to have the correct pieces sent to her to build the structure. The mechanical side was a bit more involved so she used a robotics kit by LEGO. 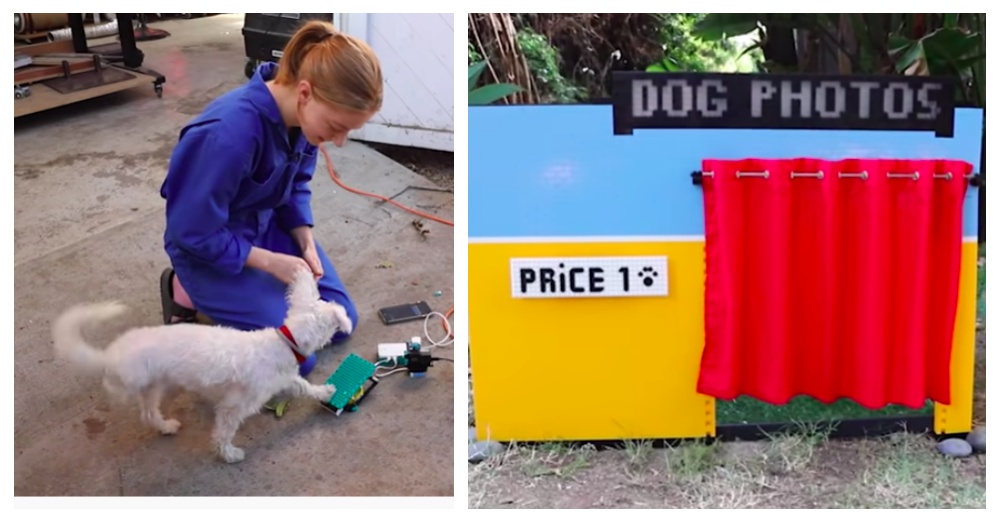 Scraps quickly learned that every time she stepped on the pedal she was rewarded with a treat, so it was then time to complete the project.

The final product was a durable and adorable photo booth equipped with a camera, pedal, and treat dispenser. Giertz announced her newest invention on Instagram with the caption, “I built my dog a selfie booth so she can take photos of herself by pushing a pedal with her paw.”

I built my dog a selfie booth so she can take photos of herself by pushing a pedal with her paw. Link to YouTube video in bio!

Scraps wasted no time testing out her new selfie booth and the photos are going viral. The photo booth is being admired by people around the world. It has been called “brilliant”, “genius”, and the “cutest.thing.ever.” 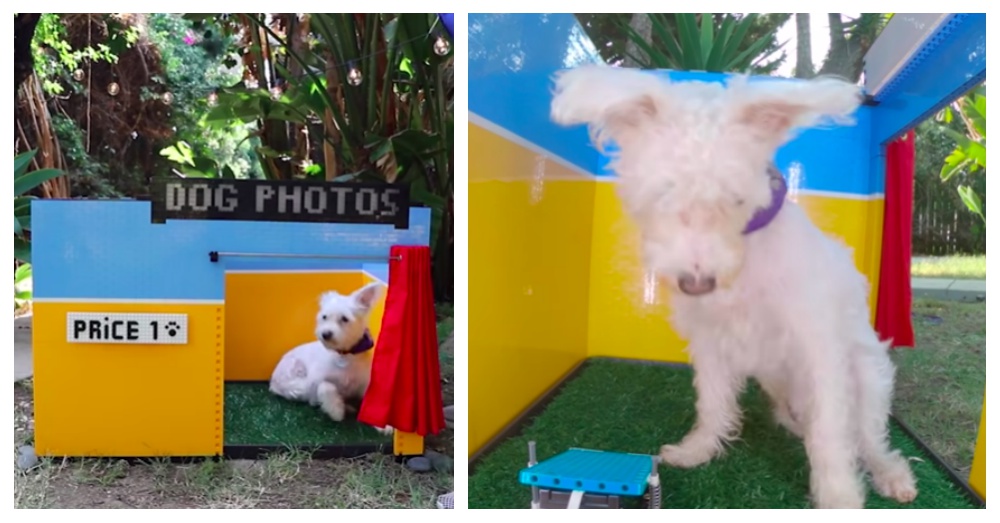 One follower commented, “This is the coolest thing I’ve ever seen!!” While all of us dog owners would love to have one, dog selfie booths are not currently for sale – but here’s to hoping they are in the future. 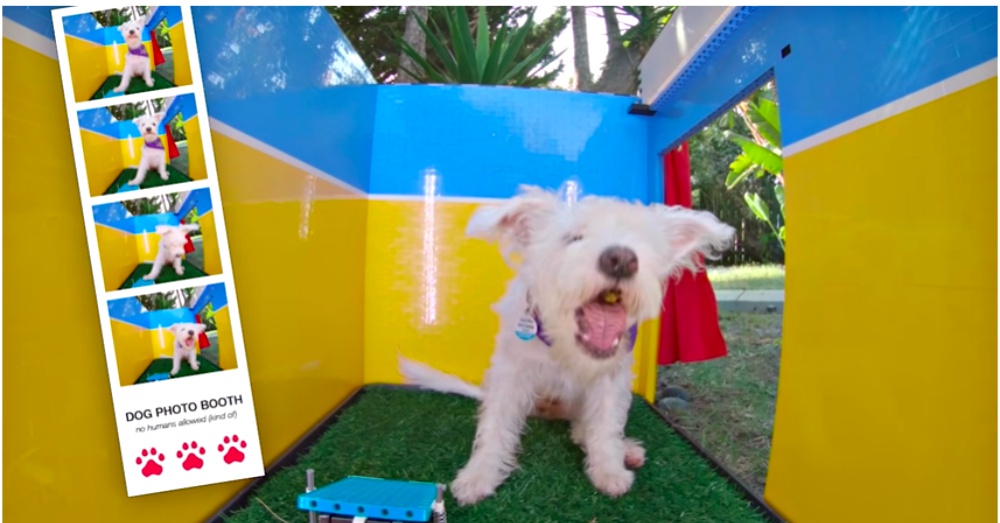 Follow Scraps on her Instagram page which will soon be full of selfies, and Giertz for more inspiring projects.

Check out the entire building process from start to finish in the video below and don’t forget to share!