Dogs are indisputably man’s best friend since they prove themselves our loyal companions time and time again.

And when one woman was in danger of being stalked by a shark, one woman’s very brave dog jumped into action in order to fend it off.

The scene was filmed by Jack Strickland from Back 2 Basics Adventures. He was following a shark as it swam along Australia’s Haggerstone Island in Queensland. 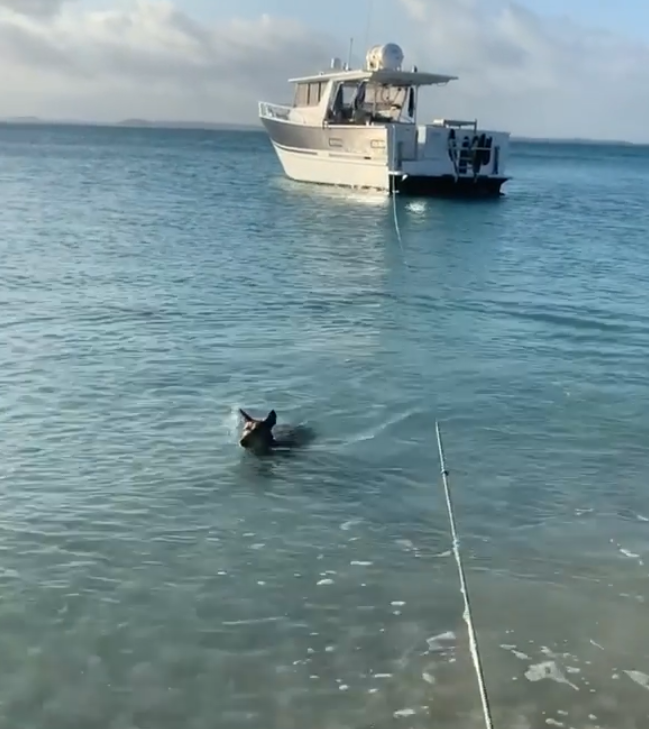 The shark wasn’t a large shark and Jack didn’t see it as a threat. But as the shark got closer to the dog’s owner, the very brave little Tilly was seen leaping into the water to rescue her owner. The dog didn’t seem to care that there was a shark, she was not about to let her owner fall into potential danger.

Tilly bravely charged out to the water in order to scare it off. And it worked! The shark got spooked and ended up swimming away while the dog barked at it. We have no doubt that the owner felt very protected by Tilly.

Watch the brave moment in the video below: