A Rattlesnake Was Headed For The Little Girl. What The Dog Did To Save Her Was SO Courageous!

Haus, a two-year-old German Shepherd has a special bond with his seven-year-old human, Molly DeLuca. He loves her so much, in fact, that he has saved her life and is now fighting for his own. 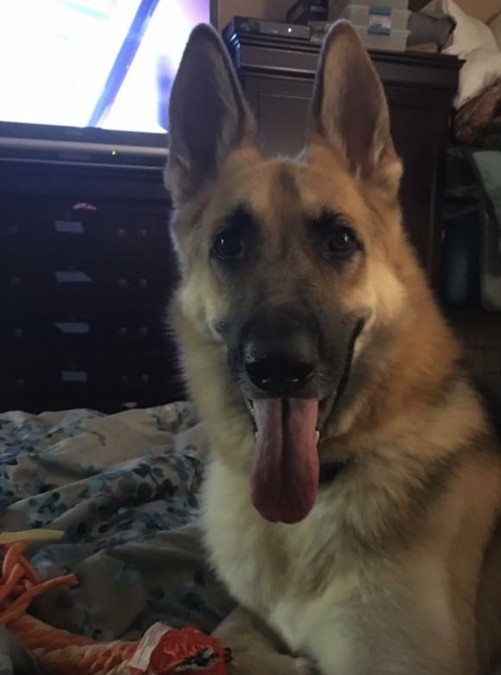 The two of them, along with their grandma, were hanging out in the backyard when all of a sudden Haus jumped up and kept jumping forward and backward. It was then that they realized Haus was staring down a rattlesnake. 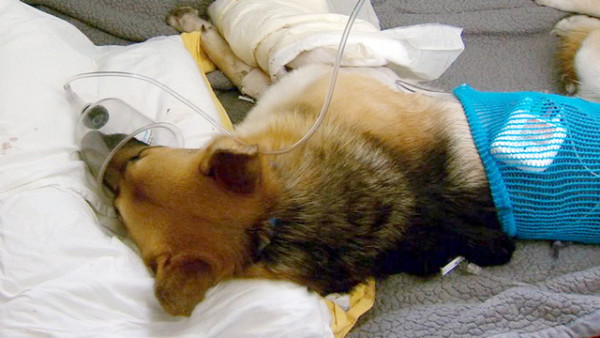 Haus wound up getting bit three times by the snake, and was bleeding and crying. They rushed him to the emergency animal hospital where he is fighting for his life. They have him on a constant antivenin drip and are doing everything they can to save him. 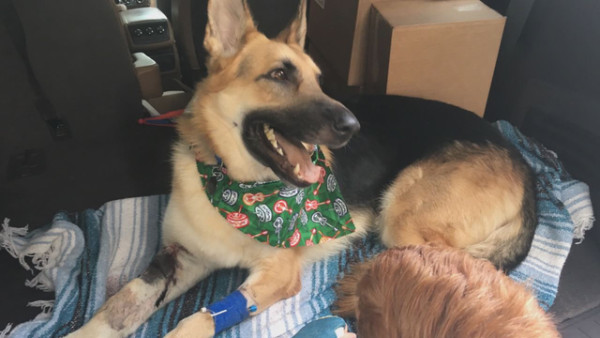 “He had every opportunity to run [from the snake] but he didn’t,” Donya DeLuca told CNN affiliate WFLA. She thinks Haus was protecting Molly, keeping himself between the child and the snake. 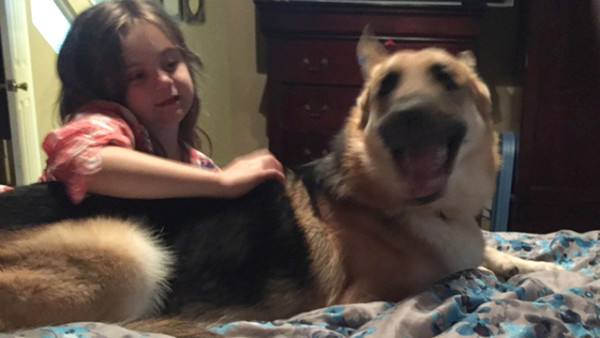 Along with the anti-venom medication, he is also being given painkillers but is expected to recover. But his road to recovery will be anything but easy, as he may have some kidney damage. Money donated via their GoFundMe page is helping to pay his expensive medical costs. So far they have raised well beyond their goal, and the leftover money will go to a dog rescue operation and other charities. 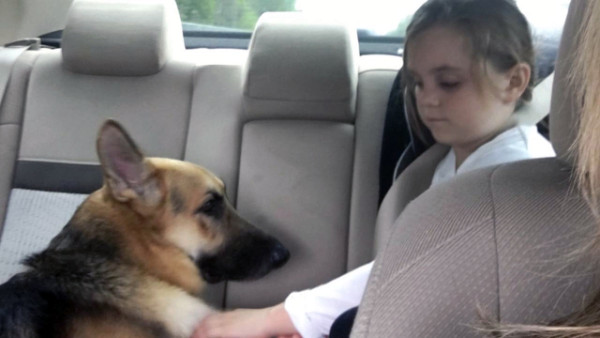 “It shows you that a rescue dog, for us, paid it forward by protecting my family,” Adam DeLuca told WFLA.

Haus is doing great! He ate some chicken and drank water. When his human took him outside for a walk and potty break, he tried to head to the car. He is feeling much better! The vet was even able to take him off of anti-venom. His leg looks good, and he’s finally headed home! If you’d like to stay updated with Haus’ journey to recovery, you can like his Facebook Page.